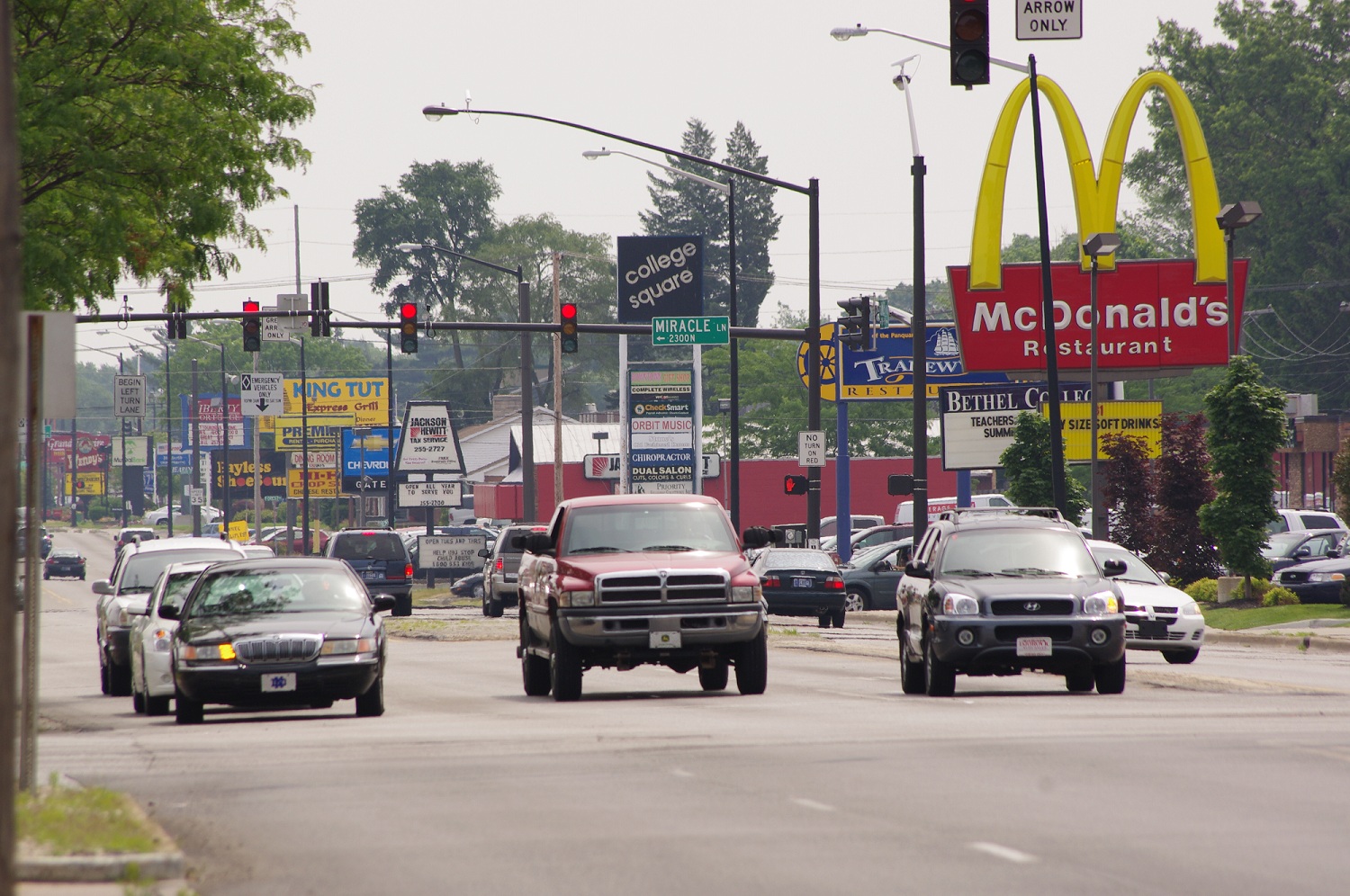 All wiry and cavern-chested, voices

Of rubber bands and spokes off bicycles,

The boys out late on West McKinley Ave.

Are waiting, talking, searching through the dark.

Their midnight-blue mesh jerseys are the fields

On which blank luminous 15s appear

In answer to the strokes of passing headlights.

And loud with bragging, makes its measured circuit

The darkened panes of auto dealerships,

The Checks-Cashed, and the boarded Dollar Store.

A fleet of new sedans and minivans

And light lives leaping in conic clouds of gnats.

Three boys follow my car as it gets trapped

Within the caravan, eyes settling for

My mute impatience in lieu of the hope

Of spying an unknown batch of girls with beer.

And perch blunt, certain bodies on the hoods,

But these three wait with long legs, hairless, stretching,

Poked between high-tops and jean shorts.  Above

Us, the sky opens into sweeping plains

That neither field nor parking lot, nor lights

Studded along the row of burning signs

Could penetrate or prettify.  The sky

Is just an empty clearing for the heat,

And though these boys’ hearts pound with want and weakness,

And though cars fill the street with chrome and order,

I catch the vacant boredom just beneath.

Just then, a gap forms as two girls hop out

From a green pickup’s cab to join the crowd,

And I escape, turn right off the main drag.

Their eyes pursue my fenders, then turn back

In search of something worth the endless waiting.

I have a place to go, someone to meet,

But in their restless still-becoming rests

My own dread of the bare, the incomplete. 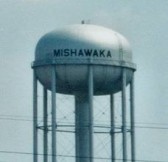 For a couple years, I lived not far from McKinley, in Mishawaka, but I only caught — or got caught in — the stream of weekend cruisers once, one night almost exactly ten years ago.  Years before, driving through Van Wert, Ohio, on the road home from a relative’s house, my dad got us stuck amid the rev and crawl of local cruisers on a Friday night, in that elegant farming town with its more genteel Main Street.  I remember staring out of the backseat window at the bright lights of the marquee above the local movie theatre, and the sight of some high school boy in denim chatting up a pair of girls.  Then we were off.

It took me ten years, or nearly, to get the words in place for this poem, but in looking to post it here, I discovered that there are no photographs that properly capture McKinley Ave.  And that, actually, bespeaks the condition I was trying to describe.  So many of the places we inhabit are just bare and unloved enough in their everyday functional ugliness that it would almost never occur to anyone to photograph them, much less to give them a sustained glance.

The strip-malls and wide-laned shopping strips of America are all too much like adolescence: something only incompletely human; something to be gotten through, suffered through, on the way to a longed-for interior in which we think to find rest.  The spindly legs of neon signs and the gangly white-washed legs of teens are often propped on the edge of the same throughway, the same avenue from there to there, but which itself feels always like a vacancy, an oddly protracted nowhere.

A slightly different version of this poem first appeared in The Raintown Review 10.2 (February 2012) — the only magazine (that I am aware of) to swear at me in print.

My chapbook of poems, Four Verse Letters, is available by writing to fourverseletters@gmail.com

Update:  The photograph at the top of this piece is of West McKinley, and is sent in from FPR reader, Priscilla.