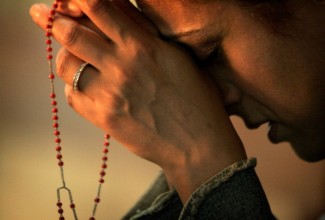 So, a series of posts on foundations for a New Religious Right; not in any particular order, for this isn’t a rationalist system, but still some foundational principles orbiting around human nature, community, and the purpose of life.

Let’s begin with the person.

I accept as a matter of faith that God is a triune community of love, that humans are made in God’s image, and, consequently, that we are made to relate. Now, for those who do not accept the content of my faith, I won’t attempt to persuade, but we can point to the sociality and political nature of the human as a minimal starting point, although I claim to understand the cause of that sociality more adequately.

We are persons, thus social, thus relational. Notions of the human as atomistic, monadic individuals are either inadequate or incoherent, for we are always already in relation to others, both as givers and receivers.

The fuller our personhood, the more we are dependent and the more we can give to others; but self-sufficiency is never a complete picture of the person. Consider the Christian God as a thought experiment: while fully in act, perfect, requiring nothing, this God exists in relations of perfect giving and receipt. The Father begets the Son, the Son is begotten, and yet the Son is in no way unequal to the Father with respect to divinity, even when it is the Father who gives and the Son who receives. Receipt is not inadequacy, and the receipt of love is perfectly given back to the Father.

Whatever you think of the truth of that doctrine, consider its implications. We’re accustomed to thinking that the greater a being, the less it requires from others, the more it is self-sufficient, but this is only partially true. Shellfish have no friends, while humans need friends to thrive, and this is a mark of our grandeur, not our inadequacy. Humans receive friendship, receive marriage, receive love, and in fact need to do so, and this is a mark of our greatness. Gods and beasts, Aristotle tells us, can live outside the polis, but we are neither gods nor beasts and thus require others (and Aristotle’s gods weren’t God, let us recall).

Not, then, for us the picture of the rugged individualist as an abstract bearer of rights and non-relational properties—we are persons, and thus always in sociality, and any theory of the human (any philosophical anthropology) beginning from the primacy of the individual is to be rejected.

We begin from the primacy of persons, and thus of households, neighborhoods, social bonds, civil society, institutions, and the polis, for there is no meaningful self without social bonds.

The primacy of persons does not imply statism or the sacrifice of the individual on the altar of the collective, however, since the person is primary and not an instrument to the good of the whole. Rather, the whole exists for the sake of persons, although it certainly is the case that persons cannot flourish (or really even exist) without the whole.

This we must remember—we avoid the antinomy between individualism and collectivism by beginning with the primary of the person.

I’m not convinced the old religious right grasped this, thus the tendency to overvalue individualism as it (rightfully) rejected statism, but still they found themselves trapped in the antinomy, and a better way was and is needed.

Part Two is next: Tories are Persons, and Persons are Tories.