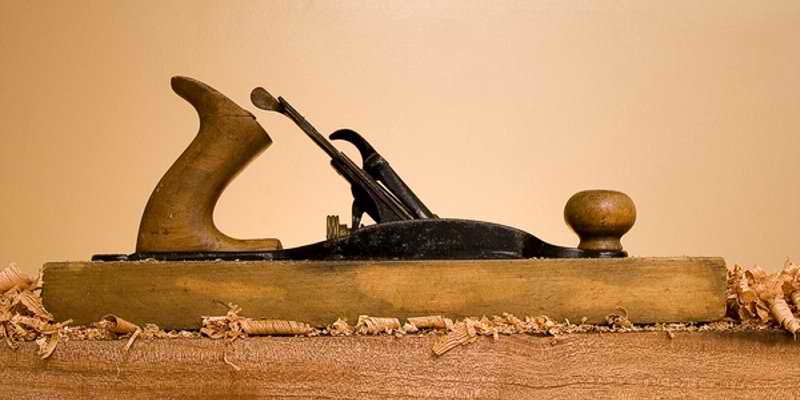 The days of man are but as grass; for he flourisheth as a flower of the field. For as soon as the wind goeth over it, it is gone; and the place thereof shall know it no more.

During the long hot bee-loud buzz and twilight grinding of summer a sneaking suspicion rises like Hamlet’s gorge at poor Yorick’s skull: the suspicion that eyeless men made unlovely by ambition have begun in earnest to vie for the dull chance to lead these disunited states into greater chaos.

Meanwhile, in the passing light the hummingbirds dart to and from the feeder that hangs from the shed’s soffit. Beyond them a cavity-dweller twigs her nest beneath the approving gaze of her mate, who perches atop the cedar-sided birdhouse in an aspect that appears at once both vigilant and lordly.

Something so humble as a soffit can turn a man’s mind to Anton, who seemed to live well without ambition and who found great satisfaction in things well-made and well-preserved. Anton (as I’m calling him) sat in the shade and watched me build that soffit. Anton watched me do many things, both well and poorly.

Whenever the hood to the old ’83 Dodge went up, Anton would shuffle over. He owned a slant six himself once and had all the specs still in his head, as alive as any wren singing in the ash above us. From his living-room window he would see me go to work on something, would want to know what was wrong and whether his great expertise might be occasion for a useful break in the sometimes slow movement of time.

Sometimes nothing was wrong. Sometimes I was doing nothing more than checking fluid levels or belts or hoses. But sometimes something was wrong, and then Anton knew, as did I, that I would need his help.

One day I put the Dodge up on ramps so that I could change out the U-joints in the drive shaft. Anton, pipe between his teeth, was there to supervise. It was on this occasion, I think, that he first used a line he would use on me many times. He didn’t like something I was doing, so he took his pipe in hand, blew out an aromatic puff of smoke, and said, “they way they used to do that . . . ,” and then he proceeded to explain to me a better way of doing what I was doing.

One time he showed up with fog lights, wires, a fuse, a switch, and mounting plates of his own manufacture: he was determined that the Dodge would have fog lights. We bolted the plates to the bumper mounts, and then Anton, in his growing unsteadiness, dropped one of the lamps, which broke against the hard driveway. That was almost ten years ago. Just last week I found the box of parts from that aborted project—and then parted with them for good.

Once Anton decided that the Briggs & Stratton engine on my Toro mower (which I seldom use—I prefer my old Craftsman reel mower) needed its valves ground. We put the thirty-five year-old mower up on a table, and Anton proceeded expertly to grind the valves as if he did this kind of work every day.

Anton was there the day a buddy of mine pulled into town after a 350-mile journey in a none-too-reliable Jeep Grand Cherokee, his temperature gauge at its limit and his hood steaming like an angry kettle. It was late on the third of July. We bolted for the auto parts store and, with hardly a minute to spare ere the holiday weekend began, got the materials we needed to fix the leak in his cooling system. My buddy and I were sweating away at a hose under his radiator when Anton broke in: “Ah, the way they used to do that,” he said, though he’d never before been under a Chrysler Jeep, “was they would. . . .” And so we changed our method to the way they used to do things.

Once I pulled rotting pieces of scallop trim and fascia board off the front of my house. Anton, seeing this from his front window, lit his pipe and shuffled over.

Turns out when you go looking for trouble you find it: I found rotted studs underneath the trim boards, and a half-day job became a weekend job. But when at last I’d rebuilt the wall and finally got round to cutting out the new scallop trim, Anton pulled my extension cord out of the receptacle and said, “let me get you my jig saw. The Norwegians make it.”

Soon he was back with a saw whose center-of-gravity was much lower than that on my own. I cut a foot or so of board, stopped, and said, “that’s a great tool.”

But Anton was looking at me with what appeared to be some degree of disbelief.

Nevertheless, I fired up the saw and meticulously finished the board—about a twenty footer. I shut the saw down and looked up at Anton, waiting for his approval.

He looked at me, looked at his watch, looked at me, and then parted with the best line I ever heard him use: “I bet you’d separate black from white in pigeon shit, wouldn’t you?”

It would sometimes drive Anton crazy that I wouldn’t use a power tool when one was available. I declined to use his impact wrench when rotating my tires. He looked at me as if to say I didn’t have the brains God gave me. In an age of gas-operated wood splitters he looked on dumfounded as I used an axe or a splitting maul. Likewise my reel mower. But Anton used to say he belonged to the “Make-Do Generation,” and it was true, and he wanted to think of me as an honorary member. He could make do with just about anything, and he took satisfaction in watching me try to the same. There wasn’t a problem any man in the neighborhood faced that Anton couldn’t diagnose and fix. His formal education was very limited, but he had been a trouble-shooter at a manufacturing plant and he knew exactly how things worked. Not once did any of us walk over to his house with a mess in our hands and not leave with the solution in our heads and the tools necessary for the job in the heap.

Anton is in his eighties now and a victim of Parkinson’s disease. He can’t even walk down the stairs on his own to his workshop where, in other days, he would pass most of his waking retirement hours building, fixing, tinkering, improving, or inventing. But he’s as sharp as ever–and still a devoted White Sox fan. Not long ago I walked over to ask him a question about replacing a differential seal–about how they used to do it. I couldn’t remember if I should wet it the way I would the seal on an oil filter or leave it be. Anton shook my hand and asked me how I was doing, and I used one of his favorite lines: “A shade off of perfect!” He smiled slowly, his eyes growing bright in recognition.

His wife said, “Stay here. I want to give you something. Someone gave Anton some beer he didn’t really care for.” She came out with a six-pack, except that there were only four beers in it.

I said, “I thought you said he didn’t like it.”

I looked at Anton. “You needed two beers to figure that out?”

“Yeah,” he said in the raspy voice of a Parkinson’s victim. “I’m a slow learner.”

There’s an old joke about how Ted Kennedy had something Bill Clinton needed (a dead girlfriend). Anton, card-carrying member of the Make-Do generation, shares neither the needs nor the ambitions of famous men. A scandal to him is a shop messy with saw dust from the router or a misplaced brad-style drill bit. Equal to most of his needs, he has lived a quiet, out-of-the-way, respectable, ordinary, and meaningful life, raising two children, earning the love and respect of his grandchildren, and inhabiting his neighborhood as a neighbor should. And I’ll take his know-how, his way of fitting into the world, over the posturing of famous men any day. Let us praise skillful men—and our fathers who begot them.

Redeeming Capitalism is an Uphill Battle