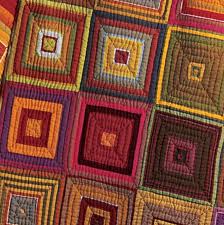 Hidden Springs, VA.Last week the Washington Post ran a story titled “Rethinking the Classroom: Obama’s Overhaul of Public Education.” The piece described the various ways Obama has asserted himself into the education debate. He has largely defanged the “No Child Left Behind” legislation by excusing states if they adopt his proposals. Leveraging $4.3 billion in stimulus money, the administration has promoted charter schools, merit pay for successful teachers and termination for those who are not. Teachers unions are not happy (though the major ones have endorsed Obama’s re-election).

Seeking to employ competition and accountability to the public education system has earned the approval of some Republicans despite their concern that the President is over reaching in by-passing Congress to implement his policies. Incidentally, for the past five years Congress has been mired in partisan wrangling over whether or not to reauthorized “No Child Left Behind” while various states have been begging for relief. If the President is over-reaching, it is at least in part due to an ineffectual congress.

The new standards promoted by the administration were written “by a consortium of state leaders and the federal government was not involved.” These standards include an emphasis on math and science and “less literature and more speeches, journalism and other ‘informational texts’ to prepare for life after graduation.” More Thomas Friedman, less William Shakespeare. After all, it’s abundantly clear that one will prepare you for life after graduation and one will yield precious little in that area.

Yet despite these state-generated standards, some critics are concerned that the implementation of these changes has resulted in a “crazy-quilt thing” that defies any clear comprehension. This is the assessment of Margaret Spelling, education secretary under George W. Bush and now an advisor to the conservative U.S. Chamber of Commerce on education policy. According to Spelling, “even the most learned wonk can barely decipher what’s going on, let alone a teacher or a parent. His people are passing judgment on state policy. And instead of a national framework, we now have 50 different systems.”

This strikes me as a curious complaint. A conservative, one would think, should be concerned about the unilateral action of an executive who creates policy outside the legislative process. A conservative should be concerned about a legislature that abdicates its legitimate authority by simply refusing to act. But when an ostensible conservative complains that educational policy creates a “crazy-quilt” and who pines for a “national framework” rather than “50 different systems,” we have encountered a real problem.

Once upon a time conservatives championed the local and the particular. They celebrated true diversity and believed that in most matters local communities, counties, and states could govern themselves with more wisdom and good sense than a federal government attempting one-size-fits-all solutions. Local knowledge, it was thought, was a necessary ingredient for sound policies, and sweeping national policies necessarily eschew local knowledge.

Difference is not bad. Crazy quilts are lovely precisely because they are crazy and lack the uniformity of regimentation. Fifty different systems is only a start. Five thousand different systems sounds like a fine goal. Let local communities tailor their schools to suit the needs of their particular communities.

It is one symptom of our confused political thinking and vocabulary that it sounds natural for a “conservative” to complain about crazy quilts and odd for a conservative to champion diversity. The former is a necessary attendant of centralization, while the latter, if conceived in its proper form, is at the heart of healthy and free communities. It is high time for a serious discussion about the nature of conservatism.