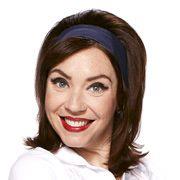 If Virginia is for lovers (what an odd campaign that was), Michigan should be for duffers. I understand why some FroPo’s may object to the sport alleged to spoil a good walk — golf. It wastes water, ties up productive land, and oozes with fertilizers, not to mention that it is so bourgeois. But at a time when people show more outrage over word choices than mortal sins, a round of golf defies self-righteousness as effectively as smoking a cigar at a playground filled with kids.

After a self-imposed hiatus, I returned to the links this summer only to be reminded of how long ago it was that I first started to golf. I went out expecting greens fee to be in the $20 to $30 range, which was a happy adjustment down from East Coast prices. But when the attendant asked me if I were a senior, my expectations went out the window. Since I never joined AARP when I entered the back nine of my adult life, I have not thought of myself as a senior. Heck, I just buried my parents two years ago. They were senior. I’m still their child. As it turns out, by most Michigan golf course standards, at the age of 56 I am no longer middle-aged. And I didn’t even buy a Ferrari.

It was a reverse revelation. Occasionally, a supermarket clerk or server will ask to see my ID when I purchase alcohol or buy a drink. Banter ensues and everyone knows that no one thinks I am underage. It is a formality. But to be asked about the other side of the divide was not so funny. I have not yet plumbed the depths of what being a senior means, and I am not planning to spend much time doing so in the near future. Still, to qualify as a senior, even without the aid of an AARP membership, is a milestone that hits a baby boomer where it hurts — the thought of being forever young.

Still, seniorship has its advantages. Instead of paying $18 for a decent course about 15 miles west of Hillsdale, they charged me $11. Since then I have played rounds for as little as $6 and $8, thanks to cheap fees and old age. What makes Michigan particularly attractive for senior duffers is the length of day during the summer months. A golfer may easily play 9 holes after cocktails and dinner. And since the population in the central parts of Michigan is sparse, I am usually out there with no more than a dozen other hackers.

Qualifying for senior rates was not my only senior moment of the summer. Not to bore too many Porchers with news of the home team, though professional sports is an significant vestige of localism in the United States, but the Fightin’ Phillies have returned to their pacifist ways. Injuries, failing mojo, whatever the excuse, a game has not counted since early June. As it turns out following a professional team without the anxiety of the pennant race has real advantages, especially for those recently bestowed with the status of codger. No more nights of staying up late for the game that goes into extra innings, or the one that ends in defeat, and leaves you unfit for sleep without a few fingers of your favorite (or affordable) whiskey. This summer I have relaxed and let fans of the Braves and Nationals — to reverse that old line from the Wide World of Sports — agonize over victory. Will the closer hold up? Will the slugger’s knees last? Which team will catch lightning in a bottle and make the playoffs even though they finished 12 games behind my team? Will the networks schedule playoff games at an hour that make it hard for our team to see the ball through the stadium’s shadows (which of course don’t bother their team)? 2012 has been trauma free, which is good on my aging arteries.

An additional senior moment — or several — has been the annoying Progressive Insurance radio advertisements that accompany my efforts to follow professional sports in Philadelphia from Michigan. This means a lot of streaming audio from the sports-talk shows and with it many annoyed looks from the better half — especially when the hosts stop talking about ERA’s and RBI’s to address bra sizes. I don’t’ know what it says about advertising or consumers that Americans buy a product sold by a clever instead of an annoying ad. But I do find Geico’s gecko to be so much more appealing that Progressive’s Flo. This summer Progressive has featured Flo singing folk and blues numbers. Aside from being the sort of tunes that you can’t get out of your head, the folk-based number features a disparaging line about how people who wear corduroy pants, which I interpret to be at the elderly. I do not wear corduroy year round, but in winter these pants provide more variety and comfort than your average khaki or jeans. Corduroys don’t merit a lengthy defense, but has our culture descended to such a level that an informal, versatile, and comfortable variety of leg covering is now worthy of ridicule by Millenials?

Despite these annoying reminders of my increasing years, I have had one experience this summer that keeps me young. It was driving on the nation’s interstate highways. Not only do I need some up tempo music to keep me attentive — Moderat, Thom Yorke, Arcade Fire, and U2 do the trick. But bad drivers, young and old, keep me driving like a 20-year old. The problem that turns a senior hacker at the tee-box into an angry young man behind the wheel are the drivers who view the passing lane as a place to park their car, set cruise control at 70, sit back, and enjoy the view. Passing lanes should be viewed like a path filled with hot coals — you use them as infrequently and as quickly as possible so that drivers who are going faster have a place to go. But since egalitarianism has wrecked our highway system — each lane is just as good as another — drivers who want to use the roads the way they were designed (as opposed to how they are legislated) need to pass on the right.

But frustrations with American drivers was not the only annoyance of the summer. American sports fans also need to look in the mirror and see what’s happening. On one of my golf outings this summer, I chose a course near the best pizza parlor in the county (which has also the best selection of local beers) so I could dine at the bar alone while watching the Tigers on the big-screen television. The Lions were also playing that night and so I had to calculate how much of the baseball game I would see since Michiganders would apparently rather watch a meaningless pre-season football game than a game between two teams in a pennant race. Sure enough, at the hour of kickoff, a patron asked the manager to switch channels and the manager complied. Protesting seemed pointless. A sign of maturity, perhaps. The back-up plan of bringing several academic articles to read while eating did nothing to make anyone think I was younger than 60.

When the Witch of November Comes Stealin’