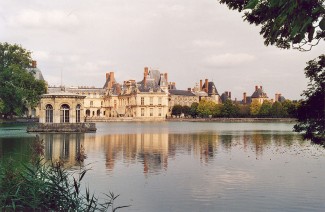 First published, (and heroically self-published I might add), in 1965, his book predated the cougar phenomenon by 40 years or more and so I try to sell its virtues to young students at college who could profit from its sanity by calling it a work of proto-cougarisme, or by calling Vizinczey the “Cougar Prophet,” usually without much luck.  In literature studies, I’ve found, as with religion, contrived attempts at relevancy, (what students call “contempervencey”), are doomed to abysmal failure.

I say it was “sweet medicine” for me, but it was medicine all the same, and I wrestled for a long time with some of the implications of the novel, as well as his worldview expressed in his The Rules of Chaos, (out of print), which contained a postscript to In Praise of and is a veritable insightpalooza on all things pertaining to the hurly-burly called life.

My mother at the time was terminally ill with pancreatic cancer and I was teaching in a local Catholic high school making crap for dime, staying close to her and my father, and also studying Catholic theology.   All the while most of my friends were moving Raleigh-Durham way, moving up the ladder, fading in the practice of the Faith or even looking into non-Western religions.   Staying put, staying Roman and staying simple felt decidedly against the grain.  Besides, since it was, after all, a book about a very likeable philanderer written by a globe-trotting author who considered himself an atheist, I wasn’t even sure if I was “picking up what he was laying down.”   Maybe I was getting it all wrong.

Ah! The thrill of checking an actual rusty mailbox on a regular basis.   And the thrill of colorful letters arriving from foreign countries!  His return letter came from London and was so gracious, thoughtful and affirming.

I won’t relate the details of the letter as they pertained to specifics, (we’ve stayed in contact for the past 20 years), but he insisted over and over again on the value of depth of experience as being greater than variety of experience.  I offer, instead, the following from his “Postscript” to In Praise of Older Women from The Rules of Chaos, both for its eloquence on that same theme and for a gem at the end that I’ve seen no where else in the myriad diagnoses of our current societal sickness.

It seems to me that the philanderer’s life demonstrates the basic paradox of personal freedom.  The man who is not bound to anyone has no one bound to him.  As he renounces his obligations to others, so he forfeits his claims upon them; his relationships being transitory, his alienation becomes permanent.  Indeed, the libertine has always been as much pitied as envied, and one would suppose the duality of freedom and isolation to be one of the most widely understood human predicaments.  Yet this understanding is rarely applied to personal liberty, the supreme goal of “progress”, the end result of economic, technological and political changes that began with the Industrial Revolution.  The fact is, of course, that the increased opportunities for self-support, education, professional advancement according to ability, for birth control, divorce, migration, (not to mention historical dislocations), have made millions lonelier as well as freer.  Only a couple of generations ago most people died in the same town where they were born and had lifelong relationships with friends and foes alike, as well as with relatives and the sweethearts who grew up to marry them.  Consequently, they could develop their capacity for lasting emotions, their ability to sustain basic relationships.  Today few people live in the same community as their parents and relatives, childhood loves and friends, or indeed in any one place for very long; their associations change continuously.  What interested me in all this was the desolating sense of abruptness of modern life, and the individual’s emotional adaptation to the age of discontinuity:  a way of feeling and perceiving that feeds on multiplying rather than deepening experience, and which I would call “episodic sensibility”.  The libertine has become (from an extraneous “odd” character on the fringes of society), the representative hero of our time.

The question is, can our haste to succumb to joy, regardless of all other longings, reveal anything beyond the measure of our forlornness and despair?

How about that term “episodic sensibility”?  It’s a coinage that, for my money, has legs!  We’ve gone from a flowing sense of time, guided by the sun and the seasons, to a mechanical and enslaving sense of time under subjection of the clock.  Even worse, and in a further degradation of time endangering the very personality, is this episodic sense where people’s lives are lived and divided like sit-com episode where one episode has no meaningful thread or connection with the next. Characters, (not people), waltz in and out, of lives and fools never grow up.   This way of experiencing the world is our “emotional adaptation to the age of discontinuity,” Vizinczey claims.    He says elsewhere, “There’s a new loneliness in the modern world—the solitude of speed.  We pass by each other on the thruways of our new freedoms.”

It’s all here:  buildings no higher than trees, wide rooms, big windows, works of art,  ever present mementos of the past, and all this not far from birds, gardens, lakes….  I wish I could print a leaflet about this, a Fontainebleau manifesto, and distribute a few million copies around the suburbs and the slums—that that it would make the slightest difference.  But then, nothing is impossible.

If you’re not going to vote in November, you might consider passing out a few million copies of the Fontainebleau Manifesto, a tribute to limits, instead. (1)

OUR PRIDE IS THAT WE REMAIN SANE AND WILLING TO LOVE
DESPITE THE HORRORS OF THE WORLD, BUT IT IS DIFFICULT.
WE CAN’T LIVE ON BREAD SOURED BY SQUALOR.
WE CAN’T BREATHE AIR POISONED BY DEATH FACTORIES.

WE DON’T NEED MISSILES, CARS, COMPUTERS, ELECTRIC TOOTHBRUSHES.
WE CAN DO WITHOUT ALL THE JUNK GREAT KINGS COULD DO WITHOUT,
BUT WE CANNOT LIVE WITHOUT AIR, THE FORESTS, THE FIELDS AND THE RIVERS,
GREAT SQUARES AND GARDENS AND YES, OUR PALACES.
IT IS A LIE THAT THE WORLD CANNOT AFFORD SPLENDOR FOR EVERYONE-
WE RENOUNCE REAL-ESTATE VALUES.

WE CANNOT LIVE WITHOUT BEAUTY;
MANY OF US SEEK IT IN DRUGS
AND ALCOHOL AND HATE.
WE TRY NOT TO SUCCUMB TO SUBSTITUTES
BUT IT IS DIFFICULT.
THE WORLD NEEDS A ROYAL REVOLUTION
SO THAT ALL MEN MAY LIVE LIKE KINGS.