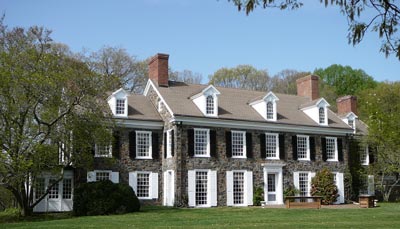 Seth Bartee over at the U.S. Intellectual History blog has a piece on the Intercollegiate Studies Institute which includes a reference or two to FroPo conservatives:

Essentially neo-conservatives successfully homogenized conservatism by getting rid of what they considered the racist and backward element of conservatism, its traditionalist wing. Michael Kimmage recounted a part of this process in his monograph The Conservative Turn as well. The traditionalist wing became more reactionary after three Republican administrations they considered less than conservative and often as reliant on the guidance of government as their supposed liberal foes. Gradually, this filtered into ISI who of course were friendly to neo-conservatives and Republicans while attempting to maintain its focus on traditionalist conservatism. The second year of the Bush administration was kind of the breaking point for the longtime alliance. In reaction, ISI, especially the Kirkean element, essentially drew up firmer boundaries around ISI, although I cannot stress enough ISI’s dependence on funding, which for the most part is considered to be in the hands of neo-conservative organizations. When thinking of ISI, one might picture the geography of a major metropolitan area. There is the core (city center) but after that, there are neighborhoods and suburbs that make up the metropolitan area. There are textual communities within the textual community; discourse on top of discourse.

As Web 2.0 grew, so did the ability of traditionalist conservatives to focus their voices throughout the blogosphere. Patrick Deneen, formerly at Georgetown and now at Notre Dame as of fall 2012, founded the Tocqueville Forum at Georgetown and created an important blog by the name of Front Porch Republic (FPR). Deneen promotes “Place. Limits. Liberty” through his favorite thinkers/writers including teacher Wilson Carey McWilliams and novelist Wendell Berry. FPR blog posts touch upon religion, masculinity, food and drink, and almost anything else under the sun. Other conservative scholars such James Wilson, Ted McAlister, Darryl Hart, and Jeremy Beer have joined the FPR blog as frequent contributors.

It is not a particularly provocative piece. It is too fair and balanced for that. But in addition to reading the entire piece, the comments are entertaining for seeing what intellectual historians do with the categories left, right, center when it comes to Wendell Berry and Carey McWilliams. It raises again the question of whether the spectrum of conservatism and liberalism makes any sense of our ordinary lives and suggests how electoral politics wind up dominating considerations about basic human activities like sitting, working, and eating.

This Saturday at Georgetown

But I By Backward Steps Would Move