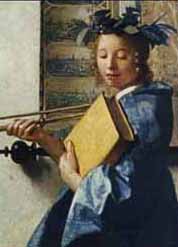 News of the passing of Gene Genovese and Henry May took the wind out of these aging sails. In addition to reading these historians while in grad school almost thirty years ago, I knew both of them and befriended a number of their students. Truth be told, my knowledge of May came largely through reading his important books, The Enlightenment in America (1976) and The End of American Innocence (1959) in addition to several others — his autobiography, Coming To Terms (1987) made him more than a historian to me. I have two good friends from grad school days who studied with May as undergraduates. And in one of my small brushes with greatness, as the sommelier at the Harvard University faculty club, I served wine in 1981 to May when he dined there with my advisor, William R. Hutchison. I spent more time with Gene after he participated in a conference I ran at Wheaton College for the Institute for the Study of American Evangelicals. I still remember vividly the delight I took from watching Betsy Fox Genovese and Gene smoking their dry cured Dutch cigars outside Wheaton’s dining hall and enjoying the second hand smoke. Not only was the aroma wonderful but the sight of smokers on the prohibitionist evangelical campus gave me an antinomian thrill. After that Gene and I corresponded some. He gave warm comments after my first book and eventually asked me to serve on the Historical Society’s Board of Governors.

Enough of me, though I am deeply saddened by their deaths.

What is striking about both men is that they started their careers as men of the Left and then matured as wise men of letters who were captive to no political movement. And that failure to be taken captive turned out to make them odd. Paul Gottfried’s obituary for the History News Network observes:

Although Genovese wrote his early works as a Marxist and his later ones as a Catholic traditionalist and an avowed man of the Right, it is sometimes hard to distinguish his writings in terms of these personal changes. There is something which from the current political perspective is remarkably reactionary about Genovese’s oeuvre, even in those books he published as a Marxist who once came out openly for the Viet Cong. But that was when it was still possible to be a left-wing radical without having to be politically correct.

Absent from Genovese’s work is the tiresome moralizing that now characterizes academic historiography.

At the U.S. Intellectual History blog, Charles Capper observes an evolution in May’s career that began on the Left:

Henry had been a man of the left and a Communist fellow traveler since the 1930s. After World War II like many thirties intellectuals, former CP sympathizers anti-Stalinists alike, Henry was deeply influenced by the former Marxist and Neo-orthodox theologian Reinhold Niebuhr, whose stance of chastened irony, which infected a whole generation of religious and secular intellectuals, also served as a template for Henry’s politics and academic career. The central theme in his first “breakout” book, The End of American Innocence (1959), was thoroughly steeped, if not so portentously expressed, in this ironic sensibility: how pre-World War I cultural radicals revolted against the easy optimism of their Victorian forefathers only to replicate it in an edgier but still “innocent” form. But the book also contained a second irony. Probably its best part was his section on the Victorians whose moral certainty, genteel culture, and progressivist uplift he had, like their radical parricides (and Niebuhr himself), formally deprecated. Indeed, the entire book deserves to be read not only as an unsurpassed history of “the revolt of the intellectuals” in these decades but also as an intellectual document of (in the words of his subtitle) his “own time.”

I am not about to try to claim either man for the Front Porch. They died at roughly the same time, I knew them, and I write for Front Porch Republic. Enough connected.

The first is Arguing the World, a documentary about a generation of New York intellectuals who birthed neo-conservatism — Daniel Bell, Irving Kristol, Nathan Glazer, and Irving Howe (Howe was never part of the neo-conservative outlook). It shows how the Left appealed to all sort of intellectuals, including folks like May and Genovese, from the 1930s to the 1950s, and how the rise of the student Left of the 1960s made radicalism look foolish. Irving Kristol’s line was that a neo-conservative is a liberal mugged by reality. Maybe it would be more accurate to say a Communist mugged by reality (since lots of liberals I know don’t seem to know where reality it).

The other documentary, Weather Underground, is about the take over of Students for a Democratic Society by its radical and terrorist wing, headed by Bernadine Dorhn and Bill Ayers. To view these middle class, college educated, and perhaps privileged Americans, trying to join a world revolution, and aiming to blow up buildings even if it meant the death of innocent Americans, seeing them call working class union members (police) “pigs,” is to make the Left look down right silly, especially compared to the likes of Jewish-American immigrants, who could not afford college if not for the free tuition of the City College of New York. The older Left spoke in the cadences of historical developments, civilizations, and philosophy. The 1960s Left spoke in the idiom of youth culture — at one point Bernadine Dohrn’s sister is asked by a reporter what she thinks of her sister. I seem to recall the words “groovy,” and “right on.” My word was “yikes!”

The films do not stand alone but actually intersect. Irving Howe, like Henry May, was intrigued by the student radicals and tried to work with the SDS. But even the sympathetic Howe could make no sense of the aims of Tom Hayden and Todd Gitlin.

I understand neo-conservatism has a bad reputation in traditionalist conservative circles. But if the Old Left could produce the likes of a Henry May and Gene Genovese, or Nathan Glazer and Daniel Bell, it is certainly worth a hearing. Arguing the World and Weather Underground are a pretty easy way to access the old generation of Lefties and see how the spoiled college educated boomers gave the Left a bad name.

“Southern Conservatism”: The View from Brooklyn