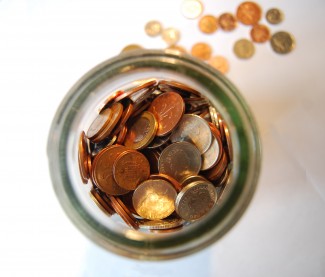 This article is reprinted with permission from The Philanthropic Enterprise and its Trends in Social Innovation project.

Eleven years ago, Bruno Rivas left Mexico City to make a better living for his family in San Francisco. He landed a job at a restaurant and began making some money, but couldn’t figure out how to break out of a cash system into a marketplace driven by credit. Every week, he would receive payment in cash, a large portion of which he would send back to his wife in Mexico via a check-cashing service, often incurring a fee of 10 to 20 percent. With the money he kept for himself, he was able to purchase items for daily provision, but without a means of building credit, he struggled to find a way to fund bigger purchases or take larger steps toward financial health.

But then, four years ago, Bruno learned about the San Francisco–based Mission Asset Fund (MAF)—an organization that has garnered nationwide recognition for its nontraditional approach to lending—and decided to join a peer lending circle, or “cesta populare” (“community basket” in Spanish).

Joining a cesta meant that Rivas and the eight other members of his circle would contribute $100 every month to a communal pot. After drawing names to determine order, members would take turns collecting a $1,800 loan that they could then put toward whatever they chose. When Rivas’s turn came, he took the loan from the lending circle combined with savings from an Individual Development Account (IDA) that MAF had set up for him, and purchased equipment to start a screen printing business. Rivas enjoyed the experience so much that he joined another, larger cesta after the first one had ended.

The peer lending model isn’t new. Known formally as ROSCAs (Rotating Savings and Credit Associations) and informally as “susus” in Africa,” “paluwagan” in the Philippines, “lun-hui” in China, and “tandas” in Mexico, lending circles offer alternatives to traditional banking for those who might not qualify for a traditional loan, might not have access to a bank, or simply prefer to borrow from those they know. In the U.S., informal networks of immigrants work together to acquire taxicabs, start restaurants, and purchase homes.

“My guess is that there are far more businesses started through these informal groups than there are through microfinance groups,” said Jeff Ashe, director of community finance with Oxfam America.

In the ’80s, Ashe worked with Oxfam to develop an effective system of peer lending for women in Africa and South America. In this model each borrower depends upon the others to help purchase supplies for their trade (usually in agriculture), thus creating a system based on group equity, not debt dependence on an outside funder. Similarly, members of such groups who transplant in the U.S. will propagate this system to become economically prosperous in their new country.

Ashe explains why this system works so brilliantly: “If you through your own efforts can improve your own livelihood and your ability to make a little more income to move ahead . . . if that process is supported by a group of peers who are encouraging you to make those changes and the discipline of regular meetings . . . you’re going to get transformative social change.”

Despite the successes of this model, in the U.S. there remains a formidable barrier for those who borrow and lend in a circle: there is no way to develop credit, which, as economist Daniel Klein asserts, is the primary means to establish a productive reputation in the extended market order.[1] Rivas participated in informal tandas both in Mexico and in the early years after he immigrated to America, but both times he lost money because members of the group backed out and didn’t pay. In neither case did his participation build his credit.

That’s where MAF steps in.

By formalizing the peer lending process, MAF has earned the standing to report an individual’s loan repayments to the credit bureaus, ultimately helping its clients with poor or no credit history enter the financial mainstream. MAF also provides backing in the case that someone decides to leave the group prematurely. To date, no one has defaulted on a loan.

Started in 2007 with seed funding from the Levi Strauss Foundation and sustained with support from 18 businesses and foundations, the organization has helped more than 650 individuals secure close to $1 million in peer loans, improving credit scores by an average of 49 points and saving an estimated $300,000 in fees that clients would have paid had they accessed the same amount via traditional lending options. In 2011 alone, they oversaw $419,320 in peer loans.

Executive Director José Quiñonez credits the success of the program to both positive and negative social pressure. On one hand, there’s a social stigma that comes along with defaulting on a loan, particularly if you’re borrowing from people you know. On the other side of the coin, clients are motivated by the personal relationships they’ve developed with other lenders and MAF staff.

“We have a relationship with people as an honest broker,” Quiñonez explains. “We’re a human face to this financial transaction . . . the incentive for defaulting decreases.”

The Mission District, a historic immigrant gateway community nestled inside of San Francisco, is home to 57 financial service providers, with payday lenders and pawnshops outnumbering traditional banks about three to one. Payday lenders offset the risk of lending to customers with little or no credit history[2] with very high interest rates, often as high as 400 percent APR. For a new immigrant with little understanding of the American marketplace, the myriad options can be difficult to navigate, and someone can easily sign up for a loan without understanding all the terms and fees.  In addition, many who would be considered “unbanked” feel hesitant to even enter a more traditional bank, much less apply for a loan from one.

“Many banks don’t have the knowledge or the tools to reach people who are considered ‘unbanked,’ ” Quiñonez says.

To help its clients make the most informed decisions, MAF developed a “Financial Facts” label—a spin-off of the nutritional facts label—that includes the loan terms, fees, interest rate, APR, and eligibility requirements for a generic loan from each of the 57 providers in the Mission District. MAF also created a checklist to help prospective clients assess the transparency, debt underwriting, and quality of customer service of each lender a customer might be considering, in order to help each client choose the most responsible lender for their needs.

It’s through this type of practical financial education and guidance that MAF has made the deepest impact, by helping instill in their clients a new mindset about their finances and moving them beyond quick-fix borrowing to long-term financial health.

“We believe that when you marry financial education with a product [lending circle], that’s when you get a true behavior transformation,” Quiñonez explains.

In addition to the lending circles, financial education, and individual development accounts, MAF also offers a specialized loan mechanism to help clients apply for U.S. citizenship through its “Citizen Tandas” program. In California, 1.7 million immigrants are eligible to apply for U.S. citizenship; 279,000 in the Bay Area alone. The $680 citizenship application fee, however, can cost a low-income family of four earning two times minimum wage 7 to 15 percent of their annual income. To help make initiating this process easier, MAF fronts $170 and requires the client to borrow the remaining $510 from his or her lending circle.

In the few short years of the organization’s existence, word has spread that MAF is on to something. Organizations like the Northwest Area Foundation have given MAF a two-year grant to replicate its model throughout the Northwest states (Minnesota, Iowa, North Dakota, South Dakota, Montana, Idaho, Washington and Oregon). Charles Schwab Bank and Wells Fargo are supporting similar start-ups in Nevada. Other peer lending efforts are taking root in Los Angeles through the Filipino Workers Center and the Bay Area through the Families Independence Initiative. Outside of Philadelphia, a group called Our Susu operates for-profit peer lending circles by charging a 3 percent transaction processing fee to coordinate online lending and borrowing among friends.

Meanwhile, San Francisco State University’s Cesar E. Chavez Institute has been conducting research to determine which aspects of MAF’s work are having the greatest impact on clients.

Still, MAF is just a starting point. The lending circle is ideal for someone who needs to establish or improve credit or save toward a modest goal—not for someone who wants to take out a mortgage on a home. Like a nanny, the model—at this point, at least—can only walk alongside a client for so long. But it at least allows them to enter the financial mainstream.

For Rivas, that happened this year when he applied for an auto loan and was approved. He used the loan to purchase a hybrid car, the result of hard work at his screen printing shop and MAF’s credit reporting. For both Rivas and his wife, who is now a member of her own lending circle, MAF is “like being with your family and friends whom you [can] trust.”

[1] Klein, Daniel B. (July 1992) “Promise Keeping in the Great Society: A Model of Credit Information Sharing,” Economics and Politics, Vol. 4.

[2] 44 percent of Mission households have no credit history.

Zoe Erler is a freelance writer living in Indianapolis, IN. She has contributed to a variety of newspapers and magazines, including The Indianapolis Star, The Washington Times, World Magazine, and PRISM.