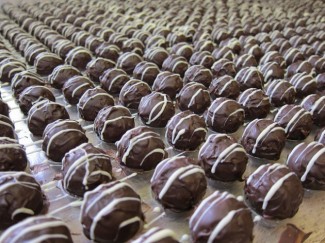 Lincoln, I was informed when I was nine years old, freed the slaves. I learned that lesson well; I was an excellent student. Lincoln freed the slaves and, in my northern curriculum, that was that. Reconstruction, Redemption, sharecropping, the bought election of 1876, Jim Crow didn’t fit the narrative of American glory and the Ultimate Triumph of Liberty.

I know better now, but at some level it remains inconceivable to me that slavery still exists in the world. It was so deeply ingrained in me that we had progressed beyond such primitive miseries that I have trouble getting my head around it, no matter how much evidence I see to the contrary. And so it was that, a decade ago, when I read news reports about “human trafficking” in the global chocolate industry (a pleasant euphemism, as if the poor dears were merely stuck at a long red light), I assumed, with a last thin strand of youthful faith in my fellow human beings and the institutions meant to protect us from the consequences of our faults, that this problem had been “taken care of.”

But of course it hasn’t, because our boundless need to consume—even something as ultimately trivial as chocolate—trumps everything.

Permit me, first, a summary of what I understand of the situation in the cocoa industry. According to various news reports and studies, child slavery is endemic in West Africa’s cocoa plantations, particularly in Cote d’Ivoire, the source of 35 percent of the world’s chocolate. In 2001, leading chocolate manufacturers signed the Harkin-Engel Protocol, agreeing to eliminate forced labor from cocoa production. But though backed by members of Congress, the agreement was voluntary; industry lobbying undermined the legislative majority that would have forced compliance. Five years later a Tulane University study found child slavery still rampant in West Africa. Earlier this year, CNN reported that, in fact, slavery had become normalized. A reporter went looking for child slaves in Cote d’Ivoire, expecting to do some investigative journalism, and found them everywhere, in plain sight: children who “had been brought from Burkina Faso, they couldn’t leave their farm, and they weren’t paid.” Human trafficking, he wrote, “is a part of life in this region. It has become normal.” Having grown up with it, the children in the fields don’t even imagine an alternative.

It isn’t as if this issue has been excluded from the news, then. It isn’t as if the “mainstream media” has ignored it, or as if it’s a left-wing fringe conspiracy theory. I can’t even find any industry representatives denying the reports. So why don’t all of us good Lincoln-loving, slavery-hating Americans do something about it?

Like me, I expect many Americans have trouble fitting child slavery into their narratives of the way the world works. It certainly doesn’t make anybody happy to have to think about this stuff. It raises far too many uncomfortable questions about the consequences of the way we live our lives from day to day. It is, frankly, hard to deal with.

Or maybe Americans just don’t care. The food issues about which large numbers of Americans do care can be spun as being about their own personal health. Activists know this, and spin accordingly. Hence the angry response this summer when Stanford researchers found that organically grown food didn’t contain any more vitamins than conventionally grown. Hence the insistence by opponents of genetically modified crops on framing the issue in terms of “Frankenfoods” and the threat to consumer health, despite the paucity of evidence. But agricultural labor practices can’t be framed that way. The end product is physically, chemically, objectively, scientifically identical to one produced by happy cooperative farmers in a glorious worker’s paradise, or by sturdy yeoman in a traditional agrarian community, or whatever ideal society we might imagine. It’s still chocolate — unless you believe, as a Buddhist might say, that you are eating the sorrow of those who grew and produced it. But that doesn’t translate well to product labels or snappy marketing campaigns. (“Now with 60 percent less sorrow!”) The only discernible difference between a bag of Fair Trade Certified chocolate chips and a bag of industry standard is the price.

But suppose you did care about this issue, and that you wanted to do something about it. CNN offers these suggestions:

Organizations like the 10 Campaign offer some ideas for taking action, such as signing an online petition against trafficked-linked chocolate, sending a 10th birthday card to the Cocoa Protocol or writing a letter to you[r] local member of Parliament, senator, representative or other government official.

A birthday card for a protocol! Huzzah! Maybe there will be candles and pink sugar, too. But, no, wait: there’s more:

If you’re the type of consumer who likes to vote with your wallet, you can download the Fair Trade Finder app…. The app for iPhone and Android shows you where to find your favorite Fair Trade Certified products.

What’s revealed here is that only people cool enough to carry smart phones and be up on all the latest apps “vote with their wallets,” perhaps because those are the only people with wallets thick enough to afford a vote. This may be why Hershey has agreed to certify decent labor practices in its high-end Dagoba and Bliss lines but not in, say, Reese’s cups. The fair trade-certified chocolate chips at my co-op are six dollars a bag, as opposed to $1.99 on sale at the supermarket, minus a 40 cents-off coupon. And unsweetened baking chocolate, if I want to bake my own brownies? A couple of premium brands promise they buy only from suppliers with decent labor practices, and I’m willing to take the companies’ word for it, but they are premium brands, and they charge like it, and really, all I wanted was brownies.

My first thought on seeing these prices was: seriously? There is no way a bag of chocolate chips should cost six dollars.

My second thought was: how entitled I am! As if it were my God-given right as an American to bake chocolate chip cookies whenever I wanted them! Somewhat less entitled, I suppose, than if I demanded the cookies be delivered pre-baked and bite-sized directly into my mouth, by conveyor belts or by fairies, so that I could keep both hands firmly on my twin remote controls. But still: why do I think I deserve chocolate?

Think for a minute about what goes into a bar of chocolate. Chocolate as we’ve come to know it is inherently an industrial product, inherently a product of the global economy. I rode the swervy little cars through Hershey’s Chocolate World enough times as a kid to know that. (If you haven’t been, think Epcot with Krackel bars.) Of course, the animatronic Latin American dude hacking cocoa beans with a machete always looked content in his work, but then there’s the big ship carrying the beans across the ocean, and the heat when you roll through the roaster and the massive rollers in the factory and the happy cows making milk in the happy fields and the nice animatronic ladies in the test kitchen who reminded me a little bit of my grandmother, only younger. A Hershey bar is not something you can make from scratch at home, and no one ever did. The Aztecs drank chocolate, yes, but only the elite Aztecs, as a conspicuous luxury. When Europeans discovered it chocolate remained almost exclusively a drink and a luxury until the middle of the nineteenth century, and it wasn’t nearly as convenient to whip up as it is now. The likes of chocolate cake didn’t become popular until the 1870s, when steam ships and factory production made cocoa powder and baking chocolate far cheaper. The fine-textured chocolate bar is entirely a product of the factory; that texture wasn’t possible before the invention of steel roller mills. And the better the chocolate bar — read: premium, expensive — the more industrial refinement it demands.

No individual, no community, no tradition and no place ever produced this stuff, and none can now. Chocolate is therefore not something I could possibly know in the way that I know my eggs or my kale or the persimmons I bought today from some neighbors, not even if I lived where cocoa trees grow. Which means that I can’t really know what misdeeds went into its production, certainly not if the end product doesn’t bear their mark. I can only rely on voluntary industry assurances, fallible government inspections, and expensive private certifications.

Chocolate is, moreover, fundamentally a luxury item. It was so historically; it appears cheap now only because we “externalize” the costs of industrial production—the petroleum subsidies, the pollution, the unpaid labor. Quite reasonably, then, I might simply not eat it except as a special treat — as it would be at the price of Fair Trade certification. But that, to the American consumer, is simply unthinkable. Chocolate is everywhere. I can barely buy a granola bar that doesn’t have chocolate chips in it. The Wal-Mart up the road has an entire aisle of Hallowe’en candy. CNN, of course, doesn’t broach the subject. They ask only “how can you prepare yourself as a consumer before you bite into that chocolate bar or sip some hot cocoa?” —before, the trailing clause being inevitable. They wouldn’t dream of suggesting that anyone simply not eat chocolate. They’d be laughed off the air. More important, their sponsors would bail.

And there, I think, is the problem. Neither side in this debate—in as much as it’s a debate when so few people actually care—will entertain the notion that perhaps we simply don’t need chocolate, certainly not so much of it. Set aside, in fact, the particular matter of chocolate; we endure similar debates about plenty of other issues, from breakfast cereals to energy to higher education. The well-meaning liberal, seeing a wrong that needs to be righted, says we need more regulation, better product tracking and labeling, more information to make better consumer choices; the so-called conservative, reasonably wary of so much top-down control, says that we have to let individuals make those decisions and not place expensive burdens on business. The liberal refuses to accept that production within moral limits might mean higher costs; the conservative sees through the ruse and charges him with elitism but refuses to demand moral limits on production. But they share a consensus that we’ve got to continue having all this stuff. Indeed, more of it.

I am not opposed to “conscientious consumption,” in fact I am inclined for the most part to support it, in as much as we all have to consume something or other and so had better to so conscientiously, but there are limits to how conscientiously we can consume: at some point we have to let our conscience place limits on our consumption. If the consumer is to be left to choose what product to buy or what business to support, at some point I’d like to see him choose simply not to buy a thing—at the very least to entertain the notion, instead of assuming from the start that all paths must lead to consumption.

And anyway, caramel is nice, too.