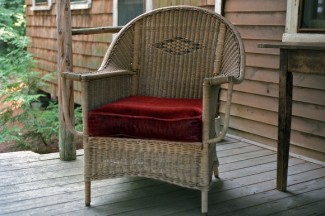 The Baylor University historian, Thomas Kidd, wrote a post recently in his regular column at Patheos about evangelicals who are neither liberal nor comfortable with the GOP. He referred to this group as “paleo evangelical” and mentioned that some of these Protestants “gravitate toward outlets such as The American Conservative or the Front Porch Republic, publications and blogs focused on the conservative themes of local culture, limited government, and ordered liberty.” Kidd goes on to explain that paleo evangelicals are “reluctant Republicans” for three reasons: they don’t care for the GOP’s civil religion, are skeptical about politics more generally, and disagree with specific Republican policies, such a the war in Iraq.

I do not intend to keep evangelicals away from the Front Porch Republic, nor do I mean to question Kidd’s own understanding of evangelicalism (which is learned) or his political convictions. But I am curious about the number of born-again Protestants who identify themselves as evangelical and who regularly read FPR. The reason for wondering is my own understanding of evangelicalism and its ambivalence if not animus to conservatism. In fact, if you look at the expressions that could qualify as paleo evangelicalism, you don’t come up with much overlap between those Protestants who stress religious experience and those conservatives who hang around the Porch.

One instance of paleo evangelicals could be the generation of Protestants who grew up with and supported Billy Graham (who has outlived most of his supporters). This example could prove a little confusing since Graham and his associates during the 1940s originally called themselves neo-evangelical, a term that on tried to resurrect the old evangelicalism of the First and Second Great Awakenings without the baggage of fundamentalism. But this would hardly be Kidd’s example of paleo evangelical — not simply because of changing prefixes but also because most of this generation of evangelicals was solidly Republican. Graham himself generally gave his support to Republican presidential candidates (and appears to be doing so again).

Another group of evangelicals with paleo ambitions could be those who supported Charles Finney and the network of voluntary associations that fueled the Second Great Awakening. But again, these Protestants would hardly classify as conservative since many leaned toward radical egalitarianism and were guilty of immanentizing the eschaton, a conservative no no. Not to mention that evangelicals were overwhelmingly Whig before backing the Republican Party at its founding (especially after the Whigs ran out of steam).

That leaves the evangelicals of the First Great Awakening to be the true paleo evangelicals. But even these evangelicals, such as George Whitefield, Jonathan Edwards, and Gilbert Tennent were no respecters of tradition, forms, and mediating structures. They were so attuned to the free movements of the Holy Ghost that the old rules established by the Reformed, Presbyterian, Anglican, and Lutheran churches no longer applied. Conversion mattered more than church membership, the divine words of the Bible mattered more than man-made creeds, sacraments (even if fewer) were tained by Roman Catholicism, and pastors were no better than laity filled with the Spirit. Because of these changes within Protestantism, some scholars (okay, me) refer to evangelicals as neo-Protestants, that is, Protestants who disregarded the forms, structures, and devotion taught by the likes of John Calvin and Martin Luther. Here is how Mark Noll put the difference between evangelicals and Puritans:

Although Puritans stood against Catholic and Anglican formalism, salvation for the Puritans was still mediated by institutions — family, church, even the covenanted society; in evangelicalism (at least in American forms), salvation was in principle unmediated except by the written Word of God. Puritans protested against nominal ecclesiastical life, but they still treated institutions of church and society as given; American evangelicals created their own communities, at first ecclesiastical, then voluntary. Puritans accepted authority from designated leaders; American evangelicals looked to authority from charismatic, self-selected leaders. Puritans fenced in enthusiasm with formal learning, respect for confessions, and deference to traditional interpretations of Scripture; American evangelicals fenced in enthusiasm with self-selected leaders, individualistic Bible-reading, local grassroots organizations, and intuitively persuasive reason. (Mark A. Noll, America’s God: From Jonathan Edwards to Abraham Lincoln, 173-74)

None of this means that Kidd’s evangelicals are unwelcome at Front Porch (as if I had the authority of muscle to be the porch’s bouncer). It does, however, raise a basic problem for Protestants who identify with evangelicalism (which has come up here before). If Kidd had wanted to call these folks paleo Protestants, he would at least have had a point because of the differences between Calvin and Edwards, or between Luther and Whitefield. But because evangelicalism has since its beginnings been a religious movement based on calling into question tradition and looking for the most up-to-date ways of promoting Christianity, it is infertile soil for cultivating conservatism.

Postscript: meanwhile, one evangelical who deserves a seat on the porch (whether he knows about Front Porch Republic is another question) wrote the following about the upcoming election:

Moreover, it seems to me that if we really believe the system is broken but we vote anyway, we simply nullify our contention that the system is broken. Now, we may not believe it’s “that broken,” and so we vote. Praise God. I support you if you feel that way. But if you think the farce of national democratic elections has reached an almost irretrievable state of disrepair, corrupted by big money on both sides and fundamentally manipulative and insincere in its presentation of candidates, then to vote could only end in one outcome no matter who is elected–the further entrenchment of the brokenness we decry. The vote becomes a veto. In that case, the ballot is empty and the voice is empty. You can’t decry a thing sincerely and then comply with the thing secretly. We can’t hope to bring change or reform by continuing practices and patterns that are themselves part of the problem. Broken systems call for genuine fixes. . . .

So, what of all this? In short, it means I don’t have a political home and I need to fight to create one. It won’t likely be in either of the two major parties. It won’t be created by checking so much of who I am at the polling curtain and ticking a few blanks out of a vague sense of duty or an even vaguer hope that “this might work.” Home won’t be found as an independent, unhitched to anyone or anything besides my own ramblings. Thus begins a new political sojourn for me. I’m looking for a home with others who’ll leverage their voices and eventually their votes into something that looks, smells, walks, and talks like a Christian view of the good life. I am an idealist and an optimist. Shame on us all if we believe on Christ and we’re not all idealists and optimists.

This is not reluctant republicanism, it’s front porch realism.

What’s Wrong with the Republican Party?