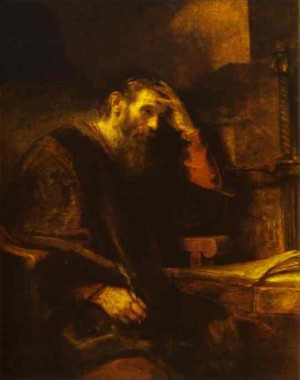 Let it be said that there is no longer any politically relevant conservative voice in America. The conservative movement has been thoroughly ghettoized. The only party that paid rhetorical lip service to conservatives put forward a presidential candidate that caused conservatives of various stripes to hold their nose when voting. The other party is openly hostile to conservatives. The American voters have now twice put in office a profoundly unserious but highly ambitious man. When approaching a fiscal and cultural cliff, Americans responded by hitting the accelerator.

There are at least three causes for conservatism’s decline. The first is the replacement of constitutionalism with German (read: Hegelian) state theory. The constitutional regime is a complex mechanistic order predicated upon the division of sovereignty, and suspicion concerning human nature. Actually, suspicion isn’t quite the right word. Most writers were rather convinced that human beings, especially those interested in power, couldn’t be trusted and would constantly work toward aggrandizement. Convinced of the imperfectability of human beings, but also of the character forming properties of associative life, the originating principles of American political life sought to preserve, for better or for worse, the kaleidoscopic variety of American life.

Conservatives prefer voluntary variation to enforced collectivization, even if such variation can be off-putting or rife with problems. Collectivization destroys the liberty, sense of cooperation, governmental responsiveness, and immediate dependency we associate with local governance. Conservatives accept the fact the Constitution creates awkward clumsiness in politics, seeking balance among competing groups, interests, and places as perhaps the best that can be hoped for.

By the end of the 19th century and a catastrophic war, American thinkers and statesmen turned to the organicism of German (and Rousseauian) social theory. Herbert Croly’s hero in The Promise of American Life was … Bismarck. America could stick with the past or join the emerging progressivism of modern state-based politics which gathered the Rube Goldberg-like contraptions of American federalism and melted them down into an undifferentiated unity. The New Nationalism that resulted insisted on the absorption of local life and the transformation of human nature through systems of coercive education and genetic selection. Local associative life threatened the organic unity which was the non plus ultra of political life and, really, life in general.

To accomplish this required the destruction of the complex machinery which inhibited the movement toward monumental oneness. Central to the destruction was the devaluing of representative and federalist government to be replaced by nationalism as embodied in a charismatic leader. Wilson and Teddy Roosevelt sought to replace the cumbersome and awkward system of checks and balances with an organic system unified into the charisma of one man and having replaced politics with administration. Efficiency, uniformity, and bigness rather than liberty, variation, and modesty became the greatest goods of political life. So presidential politics and management became ways of bypassing constitutional restraints, and the Court became a central player in reshaping the Constitution to meet the demands of the new nationalism. Constitutional amendments turned the Constitution against itself.

A second major reason for Conservatism’s decline involves regnant ideas of identity formation (with its concomitant moral expressivism) and social constructivism. These themes highlight the essential malleability of human beings and social institutions, so they can be restructured and reordered according to the perceived needs or desires of those doing the restructuring. We see ourselves as infinitely fluid – inhabiting a narrative that is of our own making, and that requires reciprocal respect or approval from others in order to validate itself. Should such respect be withheld the person withholding will be vilified for the violent denial of the other’s autonomous self-determination. The withholder is engaged in a metaphorical murder. Of course, none of this is articulated, but it is assumed. Indeed, the churches under the guise of compassion have welcomed the beast into their midst. Colleges have reconstructed themselves in service of these claims. To question them in virtually any forum is to welcome looks of incredulity.

This process of self-determination does not mesh with the conservative insistence on calling, on the prescriptive elements of the moral life, on an enduring moral order to which we can only respond obediently or rebelliously, and of patterns or paradigms of human excellence that determine for us the roles we must play. The conservative thus sees social institutions as integrally related, indeed ordained, to insure the right sort of human flourishing, not as captured in the self-deceptive reports of their concordance with desire, but in the thick social ties that necessarily connect us to one another. A conservative father knows, for example, that being a father is not indeterminate but requires the performance of a role the father does not create for himself, it rather has an eternal author, and the evaluation of which belongs exclusively to others.

Social institutions are therefore not simply constructions of human beings but operate at the interchange of the natural and the creative. The family is a natural institution for it involves the most basic of human impulses and something essential to the perpetuation of the species: the creation and nurturing of human beings out of love. The conservative worries that we live in a world that hates children: hates having them, hates raising them, and hates the crimp children put on a bourgeois life.¹ Indeed, since the evidence piles up that liberals are hostile to the very idea of children, the conservative finds some hope in the idea that the future belongs to those who procreate.

Finally, the conservative voice worries about the use of social science as a handmaiden of public policy and the acquisition of power. The New Nationalism saw the social sciences as modeled on the natural sciences, which would provide a certain and indubitable (incontrovertible and neutral) foundation for social order. This required the vacating of other forms of authority: religion through its privatization,  philosophy via a pragmatism that measured it by its utility, and tradition by the formation of a (progressive) mass culture that made unsubstantiated claims about the future. The transcendent was collapsed into the immanent and made authoritative through its truncated notion of reason. Government was now about administrating “findings” on the passive material of political life: the citizen as subject, made legitimate by the expanding of the franchise as a necessary component of the expansion of power into the life of the individual.²

Likewise, those who desired power quickly saw the advantages of social science in their quest to grab power. Today’s Washington Post gives an indication of how social science is used not to measure the electorate, but to manipulate it:

“The tools allowed campaign officials to determine — on a house by house basis, rather than on a Zip-code-by-Zip-code basis – how people were likely to vote and whether they were likely to vote at all.Voters were given “support” scores and “turnout” scores to tell the campaign’s field offices who to go after and how. Field workers were outfitted with mobile applications to give an instant report on every doorstep chat.”

The stories can be repeated endlessly, but the fact is that modern electoral politics is essentially about duping, manipulating, and buying off the electorate. One lesson of this election is that for all the talk about two views of governing, a divided America, and so forth, there really is one shared idea among most Americans and that is that they love big government. The conservative voice hasn’t been able to acknowledge or penetrate that, and won’t unless it gives a comprehensive accounting of human freedom that,  inter alia, will get people to stop participating in polls, the sole beneficiaries of which are politicians and the toadies who try to get them elected. That same voice must address the entitlement mentality, the abuse of rights-talk, and the central principles of identity expression.

All of this, as I say, means restating what human beings are, how we account for their lives, what they are responsible for, and the limits of a freedom so articulated. But Americans don’t like to hear about limits, and for that reason alone the conservative voice will remain one crying in the wilderness.

Until the city becomes the wilderness, as inevitably it must. We are on the way of Nineveh, and those who live on its margins will be those who survive the collapse and can reconstruct something humanly meaningful. I’ve committed myself to the idea that this culture and our politics can be saved, and that things aren’t so bad as all that. I’ve resisted the strategy of withdrawal as irresponsible and impractical.

I don’t think yesterday has changed that. I still have eager young students who seek to know the truth about human life. I would express hope that my Church could offer a helpful alternative voice in our national debates, but it is difficult to retain such hope when 53% of Catholics voted to reelect an administration that has been relentlessly hostile to Catholic beliefs and institutions. We still have venues such as the Porch and the American Conservative and First Things which continue to light candles in the midst of the darkness. I have not yet despaired. Americans like to think of themselves as optimists, but only a fool would continue down a path so featureless and unpromising.

As Plato taught us, there comes a point when a political regime is beyond saving, and then the only alternative is to retreat into communities of like-minded people and wait out the storm. Conservatives have not been able to calm the waters, but they may yet be called upon after the seas surge beyond the levees. So it remains for us to keep our ancient compasses intact.

² This is quite a ways away from Hamilton who denounced the couplet “For forms of government let fools contest/That which is best administered is best” as a “political heresy.”