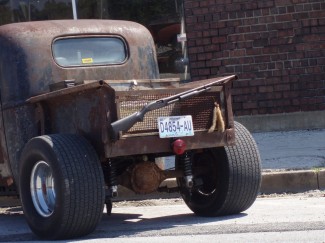 During the Republican primary, Newt Gingrich joked that “you can’t put a gun rack on [Chevy] Volt.” Newt was, of course, trying to identify himself with a rural culture while distancing himself from “tree-hugging” liberal urbanites. Whether he was right about who really respects nature, he was certainly correct to pick the gun rack as a symbol of the farmer, the rancher, and the hunter. It is an apt symbol because it is never a mere show. The gun rack is the most practical way to carry a shot gun or a hunting rifle in a pickup truck, and the pickup the most practical vehicle for the chores that are a part of the farm and the ranch.

But why have a gun at all, and why have it so constantly at hand? The reasons, I suspect, are partly practical and partly cultural. The farmer and the rancher do indeed have to deal with varmints that harm their crops and kill their livestock. And the gun recalls a time when hunting was a significant addition to a family’s diet, and being a good hunter was part of being a good father and provider, and still stands a symbol for these things. The gun, like the pickup, was entwined with country life. Hence, in the pickup truck you would find a shotgun or a rifle to perform real tasks and recall real memories. It was not a culture of the gun, but the gun was part of the culture.

Because the gun had a real use, it had real limits. Hence, there was one thing you would never find in the pickup: a tommy gun. Such a weapon would have no real use on the farm and hence no place in the pickup. The tommy gun comes from another place, a place as far from the farm as one can get. It was not a place of life and growth, but of death and destruction. General Thompson developed his gun during the depths of the Great War as a “trench broom” in the naïve belief that the Germans would allow one to saunter up to their lines and sweep their trenches clean.Although it was developed too late for the First World War, Thompson’s gun was a technological achievement, a killing machine capable of firing 600 rounds of heavy ammunition per minute from a 100 cartridge magazine. It was an ideal instrument of mayhem.

It was not the cowboy, but the gangster that would make the weapon famous and fix its place in popular culture, most notably on a certain St. Valentine’s day in Chicago. Those who were in the business of mayhem found a use for the weapon, but the weapon had no place on the farm; the farmer already contends with all the mayhem nature can dish out. No doubt the rifle and the shotgun were used to dispatch the occasional cheating wife or interfering lothario, but the rancher rarely had to dispatch a whole group of rivals at once.

But while the rancher’s rifle was grounded in reality, those who buy one of the descendants of General Thompson’s gun live in a different world. In general, they are neither soldiers nor gangsters. Aside from those who merely admire the artifacts of advanced technology, the users generally dream of using a handgun to stop a murderer or using a submachine gun to bring down a black helicopter from the UN, one on a mission, no doubt, to demolish a Christmas crèche. In first scenario, a handgun is unlikely to make anyone safer, since use under stress is vastly different from use on the firing range. The second scenario is actually more serious, since the owner of the gun is likely to see himself as a defender of freedom, and he very likely is, more so in the act of buying the gun than in using it. It is the defiant ownership rather than actual use that is important. 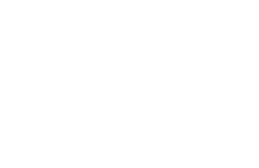 But it is neither as a weapon of self-defense nor as a tool to defend freedom that the Bushmaster 223 is marketed, but rather as a cure for erectile dysfunction. But how else could it be marketed? To the Rancher, the rifle is a tool; to the suburbanite the machine gun is a toy, and men need to find an excuse when they buy toys, and a manly excuse is the best of all.

We can blame the problem of mass shootings on either guns as some liberals do or on anything but guns, as the President of the NRA did. And he is certainly correct. The problem is not, and cannot be guns. The problems must be and always are mental illness, a culture of violence, depression, family breakup, and what have you. But what LaPierre will not admit is that guns make every other problem worse. Mental illness with guns leads to the slaughter of the innocents; depression with guns leads to self-slaughter. These are all needless deaths without benefit of clergy.

As Mark Shea has noted, the two sides have entered a kind of looking glass war on this issue, with “left” and “right” positions reversed. The right argues about absolute “rights” and abstract principles, while the left argues about prudence and body counts. “Liberty!”one shouts, and “Dead children!” the other replies. How should we argue? The problem is not guns, but our relationship with the gun. We live in two cultures and there are two relationships we might have. In the one, the weapon was a useful tool and engendered a respectful relationship. Receiving a rifle was a rite of passage for a farm boy, and before he could shoulder a shotgun he already had a great deal of respect for it, and certainly did not confuse it with a toy. In the other culture, there is nothing but confusion.

Where there are natural limits, there is little need for positive law. But where these limits are absent there is a place for law to shape the culture. We can and should license the gun owner and tax the gun and its ammunition, with stricter requirements and higher taxes for more lethal weapons and for ammunition whose only point is to cause massive trauma to living things. Those who want only a shotgun or a bolt-action rifle need only a little training. Those who want a handgun need much more, as such weapons are tricky to use and dangerous in misuse. Those who want military weapons need military training. And this is a perfect place for progressive taxation, a progression based not on income but on lethality. There is nothing like a hefty tax to discourage overuse. And certain kinds of ammunition need to be severely taxed.

I have some experience with the M-16, which is why I have no desire to own the Bushmaster 223, its “civilian” variant. I put civilian in quotes because I cannot imagine a civilian use, other than taking down the aforementioned black helicopters. And let us be very clear about the use. As part of the research for his weapon, General Thompson paid careful attention to the ammunition, firing various calibers into sides of beef to determine which would do the most damage to living tissue, and settled on the .45 caliber. But the General was wrong; it is not the heavy caliber that does the most damage, but the small bullet with the higher charge that is designed to cause massive trauma. The 223 ammo, with its light bullet, comparatively massive charge and high velocity, is designed to do a backflip when it strikes human flesh and to proceed through the body butt-end first, doing a kind of pirouette as it travels and tearing up as much tissue as possible. When it strikes bone, it either travels along the bone to exit the body in unexpected places or shatters to send shards in all directions.

When the children were brought out of Sandy Hook, they were made to close their eyes. I think I know the reason. If you have once seen these wounds you can never stop seeing them, and it is something no one should see at any age. Although all weapons kill, those who have some respect for the human body ought to consider how they kill and what they leave to bury.

Law is a tool to shape culture, among its other uses. We no longer have many farmers or ranchers, but we have many who are only a generation or two from that culture, and have ties of history and affection to the soil and hunting is a connection. These are the people least likely to need help from the law to shape their culture. But the rest of us, who have little natural connection with either the ground or the gun, and whose minds are formed by television and movies and “Grand Theft Auto” do require guidance. For the real “mancard” comes not with absolute freedom, but with respect for proper limits and acceptance of proper guidance. It is not the gun we need to change, but our own relationship with it, and the kind of guns we find useful and socially acceptable.