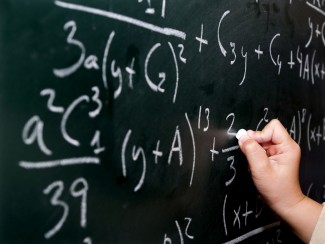 I had not thought that the tsars of education could possibly have come up with another idea as inhuman or stupid as have been their many innovations in the past – the New Math, the basal reader, the consolidated school, look-see reading, “creative” spelling, Social Studies, “pods,” feeding “speed” to boys to jam those pegs into uniformly tooled holes, pornogogical health classes – but the mills of the netherworld grind on.  They have indeed come up with something every bit as horrible as all of that.  What that is, I’ll discuss in coming essays.  For now, I’d like to point out that only a vast system of compulsion can impose bad ideas on millions of people for years at a time.  That is especially true of bad educational ideas.  Mothers and fathers naturally want their children to learn, and are in a good position to notice, if they take the trouble, when they aren’t learning much of anything at all.

Let’s take for example the New Math.  It staggers the mind, to look back on it.  The Old Math was remarkably successful, after all.  If you but glance at advanced arithmetic books from the 1800s, you’ll see that boys and girls were led to understand exactly why the rules of various operations worked, so that they could then use that understanding to skip steps and to simplify complex problems.  It allowed them to perform calculations in their heads, at a snap.  Multiply by 81?  No, never.  Multiply by ten, subtract the multiplicand; multiply the product by ten in turn, and subtract the product.  Or, 13 is 39 % of what?  Get out the calculator?  Never.  Notice the relationship between 13 and 39.  The answer is obviously 33 1/3.  The pitcher gave up 2 runs in 5 2/3 innings.  What’s the ERA?  Throw up your hands in despair?  No.  Understand what’s going on.  Make the numbers easier, keeping the relationship the same: 6 runs in 17 innings.  Work from that: 3.18.

That’s the really easy stuff.  Take a look at instructional manuals for railroad mechanics, or electricians, or ham radio operators, circa 1930.  They don’t require calculus.  They do require very sophisticated calculations, arithmetical, algebraic, or trigonometric.  They require a real feel for numbers and ratios, for what they mean, and how we use them, and why our algorithms work.  Old fashioned instruction in arithmetic was designed to instill that familiarity.  Small children would memorize the multiplication tables at an early age, not because the schools were in a rush, but because children have excellent memories, and it was just as well to get the tables out of the way, so that you could learn to use those tools to solve real problems.

Then came the New Math.  All such things are precipitated by “crises.”  We’re falling behind the Soviets – a crisis.  No, it’s the Japanese – a crisis.  We must be Leaders of Tomorrow, and drag that lizard out of his den by main force.  What children really needed was not sing-song tables, and not familiarity with numbers such as most people need for most of the practical things they will do throughout their lives.  They needed the Cutting Edge.  They needed Set Theory.

At this point, the old instructors in arithmetic would build upon that intuition, and show the child that by the same reasoning, nine and two make eleven; and from there it would be only a few short steps to learning how to add 923 and 292.  There wasn’t a rush about it, but there was also no backtracking, no needless ideation, no absurd abstraction, no fancy terminology – just the same kind of familiarity with numbers as a budding little carpenter will learn with a hammer and nails and wood.

And at this point, the commissars of the New Math veered perversely away from the child’s nature and away from the parent’s expertise.  They went backwards.  The important thing, they thought, was not that the child moved from the three blocks to three, but that he returned from three to the three blocks.  Every number was to be conceived as a set.  “Three,” then, means a set of three.  But that wasn’t perverse enough.  A child might think of three dogs or three blocks or three trains.  But Set Theory knows nothing of dogs or blocks or trains.  “Three,” more precisely, means a set of three elements.

What happens when we add three and two?  Do we get five?  Not so fast.  We unite a set of three with a set of two, and we get a set of five, so long as none of the elements in the first set is the same as either of the elements in the second set.  At this point, parents would scratch their heads and squint; only their cultural predisposition to defer to teachers kept them from rising up with five-tined pitchforks.

Now, the child knows – he sees, in a wonderful act of intuition – that three and two are five.  He sees that that also implies that two and three are five.  He’s ready to go.  But no, the New Math must frustrate him here.  It must burden him with abstraction and terminology.  He must learn about the Commutative Property of Addition.  You see, some operations are commutative and some aren’t.  If you divide five blueberry pies among three boys, each lad will get a lot more than if you divided three pies among five boys.  Rather than simply asking children to advert to that interesting fact when they begin to learn division – something they should simply see, and have done with, as when you first see that red paint and yellow paint make orange paint, or that ice is slippery, or that blacktop in the summer sun gets very hot – they mystified what should have been straightforward and immediate.

It got worse.  Let’s say you’re teaching children to multiply.  Let’s say you want them to feel the numbers, and intuit what they mean.  Take a simple problem, like 17 x 6.  If you’re an old fashioned instructor, you say, “Let’s split the problem into two parts, in our heads.  We’ll do the ten first, then the seven.  Six tens are sixty.  Six sevens are 42.  Our answer is 102.”  We understand intuitively that this is correct.  If I’m doubling a canister of sugar with a small measuring cup, I know that I have to fetch an additional cup for every cup I take out of the canister.  I double each thing by turns.  If I need three pencils for 134 students, I can give three to the first hundred (300), then three to the thirty (90), and three to the last four (12).  All this, a bright child will “learn” just by seeing that it makes sense.  But the New Math came to stick a label on it.  It was called The Distributive Property of Multiplication over Addition.  And the child had to learn that label.  The child had to say, when he was doing a simple operation (or trying to do it; often, trying to undo it, to split back into baby-bites what he had seen at a glance), that such and such was true because of the Commutative Property of Multiplication or because of the Distributive Property, and so forth.

Needless to say, the parents couldn’t manage the garble, and that provided material for much jesting.  But maybe that was part of the purpose of the verbiage.  The innovators wanted a wholly different approach to mathematics.  They knew better, and they wanted the parents out of the way.  They wanted to produce the next Peano or Cantor or Hilbert, I suppose; the Soviets had established a Set Theory Gap which we must close forthwith, or be damned to submission forever.

What’s odd, though, is that this madness could have lasted more than a week, anywhere in the country.  It lasted for years – and I believe we are still laboring under the misery, because it broke the links between the generations, so that the ordinary know-how of the parents could not be passed down to the children, and then to the children’s children.  No one is surprised now by a cashier who can’t give back the correct change when somebody gives $10.12 for an item costing $9.62.  It lasted, because it had the clout of compulsion.  It had the publishers, the professors of education, the school superintendents, money, and a largely captive and helpless public.