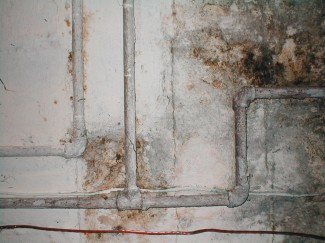 This is Part IV of a series of essays. For previous installments of “Life Under Compulsion,” see Part I, Part II, and Part III.

“Good morning, Mr. Jones,” says the man at the door.  “I see that the pipes in your house are five years old.  I’m from the State Commission for Refurbishing of Antique Pipes.  We’ll be working in your basement.”

“Actually, I think we could wait a year.  We may be going on a long tour in Europe, and – ”

“Mr. Jones, the law is the law.”  He writes something on his notepad.  “You wouldn’t want to challenge the law, would you?”

“Mr. Jones, we have noticed there’s a decided bias in the direction of your pipes.  They slope downward.”

“Yes, but isn’t that natural?  We do want the water to flow downward, to get it out of the house.”

A look of kindly patience.  “Natural.  What, Mr. Jones, is natural?  We must learn to question what is accepted as natural.  That is why we members of New Options in Plumbing Excellence are trained to think outside the box.”

“It’s a metaphor, Mr. Jones.  We will be encouraging the water in your house to flow upwards, or in whatever direction it wants to flow.”

“I don’t mean to be a pest,” says Jones to the foreman.  There are twenty plumbers in the basement, tools on the floor, puddles everywhere.

“That plumber over there is having trouble with the pipe wrench.”

“Yes, Marissa, one of our finest.”

“But she can’t tighten the fittings.  See, her hands are too small.  Look at what happened to the last pipe she worked on.”

“I don’t see anything wrong with it.  It shows real artistry under difficult conditions.”

“It has a scrap of cotton cloth knotted over the gap!”

Jones pokes his head into the basement.  He hasn’t done that in two years.  He’s told himself again and again that they must know what they are doing, they are the experts and he isn’t, they are from the government, and he must mind his own business.  But the devil gets into him.

“That – that tangle of pipes!  Why so many?  It’s a maze!  It takes up half the room.  In some places you can’t stand up straight.  It’s like what happens to a hundred foot extension cord.  The whole contraption is in knots!”

“I fail to see what you are so concerned about.  Presumably you wanted us to do your plumbing.  Well, so we have.  We’ve done a great deal more than you expected.”

One morning Jones leaves his house and notices lengths of foam rubber littering the yard.  He shakes his head and determines to believe that it can’t be so.  At work he finds he can’t concentrate.  The image of foam rubber pipes won’t let him be.  So when he returns home and meets the foreman drinking tea on the patio, he dares to ask the question.

“Sir, I hate to sound foolish, but please tell me you aren’t going to replace my metal pipes with foam rubber.”

“Oh, you’ve noticed!  Yes, it’s part of the new hydraulic theory.  Foam rubber is lighter and much more flexible than those rigid old things.  Our plumbers find them quite congenial to work with.”

“But they won’t serve the purpose!  Anybody can see that.”

“Mr. Jones, I have studied hydraulic theory for eight years.  I have studied Special Pipe Theory, Diverse Flow Theory, Pipes for a New Century, Progressive Piping, Plumbers in History, Democracy and Plumbing, Plumbing on the Margins, and Plumbing for a Pluralist Population.  Are you telling me I don’t know my job?  You are a truck driver, aren’t you, Mr. Jones?  A physician? Whatever.  You do your work, and I’ll do mine.  Good day.”

“And here, Johnny, is a very interesting picture.  See what the man is doing to the woman?”

Mr. Jones enters his study for a book, and sees his son with a plumber huddled in a corner, poring at a magazine.  “Excuse me, but what are you doing?”

“Good afternoon, Mr. Jones.  Here’s a copy of the new state regulation, giving to plumbers the responsibility to teach children about the hydraulics of the human body.  It was felt that all children need this information, the younger the better.”

“But what’s that have to do with directing the water out of my house?  And who appointed you to take my place?  Who do you think you are?  I’ve had you in my basement for four years and you still haven’t shown me that you can do a damned thing about plumbing, let alone this!”

The plumber’s eyes narrow.  He takes a cell phone from his pocket.  “Are you threatening me, Mr. Jones?”

It’s ten years later.  The Jones family are allowed into the basement three times a year.  The pipes are festooned in streamers.  Bright banners are pasted on the walls.  Plastic grass and flowers have been fastened beside the puddles, in the style of a Japanese garden.  One quarter of the basement has been converted into a studio for the plumbers when they need to relax.  The tangle of pipes has been pushed up to the ceiling by main force and covered by a drop ceiling that tilts here and there.  Green and yellow lichen give the walls the air of rakish decadence.

“Mr. Jones, I’m so glad you are here.  This is the bill for our work.  Don’t be too disturbed by those zeroes – you see, the last two come after the decimal point.  But we haven’t been able to achieve all of our aims.  I’m afraid we’ll have to raise the fee.”

“You incompetent twits!  I’m sorry – I don’t know what got into me – but why, why do you need more money?  What did you do with all the money I paid you already?  The upstairs bathroom doesn’t work.  Johnny relieves himself behind the bushes out back.  My wife borrows pails of water from the neighbor.  The walls down here are rotting and vermin are getting into the house.  My daughter Jennie has developed an allergy to the mold and coughs in her sleep all night.  Johnny nearly got arrested for passing your magazine to the neighbor boy.  And then there’s the racket.  Why should I give you more money?”

“Mr. Jones, if you want quality, you have to expect to pay a premium.”

“But what if I just want a simple and important job done?  I don’t want your theory.  I don’t want your grand aims.  All I want is that the water will go in and out of the house.  My grandfather built his own place and laid the pipes himself, he and his buddies, and they never had these problems!”

“It’s a new world, Mr. Jones.  That might have been all right then, when people lived in dirt and consulted witch doctors, in the Dark Ages, in 1930.”

“All right, I’ve had it.  Who told my Jennie she couldn’t whistle a hymn in her own yard?”

“We did, Mr. Jones.  It offended one of our plumbers.  You may pray in private, but there must be no polluting our plumbing with your personal peculiarities.”

Jones wipes his eye.  “But I never hired you to dictate what we can say or sing or whistle!”

I know, a pipe is not a child.  That makes the failure all the worse.  Which would you choose?  Indoor plumbing, and a child boarded up for thirteen years, taken from the people who love him best, bored to tears, his morals undermined, his parents taxed to the eyeballs for the benefit, and he still unable to write a grammatical sentence or calculate the interest on a simple loan or tell who Hannibal was or read a selection from Milton or even identify him?  Or a child learning as children have always learned, spending his time with his family or outdoors in fresh air, his innocence more or less preserved, yet he and his family having to use an outhouse?  I know which one I’d choose.  Just let’s everyone make sure there’s always a roll of tissue handy.