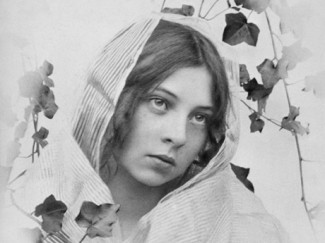 In 1940, when the Nazis attacked their supposed racial kinfolk in Norway and set up a puppet government under the odious Quisling, the novelist Sigrid Undset fled to the countryside at Lillehammer, and then, with her son Hans—her elder son Anders had already died in the first weeks of the fighting—across the mountains.  She and Hans spent a short time in hiding there, then procured airline tickets to Moscow.  After two weeks of communist penury and drabness—long lines of people waiting for miserable cuts of meat in a butcher’s, empty shops, people walking, walking, walking along the streets seemingly without aim—they rode a train, without running water in their bathroom, across the continent to Vladivostok, then left that sewage-ridden hole for imperialist Japan, and finally to the United States and freedom.  She wrote about what she saw and what she thought in a remarkable book, Return to the Future, published in 1942, when it was by no means certain that all of Europe would not finally be reduced to the stupidity of Hitlerism.  Germany, Russia, and Japan—all places where life was lived under the severe compulsion of the state, allowing for differences in culture (Undset had much to admire in Japan).

She chose her title advisedly.  For Undset, the future of Europe could only be found by a return, that is, a recovery of the free associations of people that had characterized the Middle Ages generally, and Norway and Iceland in particular.  Anyone who has read her novels set in that era—Kristin Lavransdatter and The Master of Hestviken—or her biographies of Catherine of Siena or Angela Merici, knows that she is a meticulous and honest historian, who does not dabble in sentiment.  She knows how bloody the fractious cities of northern Italy were.  She knows that the Christianity brought to Norway by Saint Olaf was still half pagan.  But the medieval kings and dukes had not the technology, even if they had the desire, to place vast stretches of country under their direct and meddlesome control.  For the most part, affairs were determined locally.  There were, shall we say, Front Porch Republics.  Indeed, the res in the Latin res publica has just the same meaning as the Icelandic thing and the Norwegian ting: the public thing, the gathering of free men in the pursuit of the common good.

These things were necessary, she suggests, because of the nature of the land whence the men had to wrest a living: Norway, with its narrow strip of arable land, hemmed between mountains and bogs to the east and rocky fiords to the west, and with its beautiful and sun-filled summer, heartbreakingly short as it was.  The heroes of Norwegian culture were not, as in Germany, men like Hagen of the Nibelungenlied, whose loyalty to his lord trumps the moral law and common decency.  They were rescuers, men who risked or gave their lives upon the open sea to help their fellows in a shipwreck, or who tramped across miles of snow to save men trapped in a storm, or at least to bring back their bodies.

People were already saying that Germany had been taken over by a tiny self-made military elite, and that the Germans were victims just as the people the Nazis subjugated were.  Sigrid Undset wasn’t buying.  She and her neighbors remembered having housed and fed German children after the first war, and some of those same children they recognized as grown men, trying to destroy the land that showed them mercy.  Instead she said that there must have been something abnormal about a people—she was thinking mainly of northern Germans and the Prussians—who seemed to admire the absolutist.  She was drawing a connection between the commission of unnatural crimes and life under compulsion.

And that is what I’d like to discuss here, at the Front Porch Republic, in this and future essays.  It’s easy to see, I think, that the only way you can get people en masse to submit to the unnatural is by compulsion, because if you let them carry on their own affairs, in their own small locales and in their homes and in the sanctuary of their hearts, they will revert to nature, fallen as it may be.  What is harder to see—and what Sigrid Undset has helped me to see, in conjunction with current political movements—is that systems of compulsion themselves breed the unnatural.
An important caveat.  Compulsion is not the same thing as habit.  It is not so much what the soul possesses as what possesses the soul.  Compulsion is to a natural habit as lust is to love.  The wretched souls in the Inferno, when the boatman Charon tells them where they are going, curse God and their parents and the whole human race and the place and time of their begetting and their birth.  They hate the hell they are about to enter.  But they desire that same hell; they approach the boats like birds responding to the call of the fowler.  “What they fear turns into their desire,” says Virgil.  So we see when we meet them down below.  Ugolino must gnaw the brains of the archbishop Ruggieri, and with every clench of the teeth must recall how his own treachery helped to cause the deaths of his innocent sons.  Satan must flap his wings, eternally, trying to rise in defiance of God, yet raising the gale that freezes him in place.

The desire to dominate is antithetical to the generosity of love.  “The Son of man,” says Jesus, “came not to be served but to serve.”  The arrow is pointed in both directions, as we’ll see: the libido dominandi makes common cause with the dominio libidinis, the dominion of lust.  Love sets the lover free; indeed without freedom there can be no love.  Lust, whether for a human body or for a body politic, laced with the tang of evil, is addictive precisely because it is wrong.  The German officers in the camps knew that tang, which first repels, but soon compels.  The outlines of that hideous strength are coming into view—a vast system of compulsion, feeding and fed by revulsion against the sweetness of such natural goods as the family and the innocence of children; compulsion that masks state domination as democracy and commercial manipulation as the satisfaction of desires.

And there is one institution at the center of it all, the most compulsory thing in the west.  It is compulsory in the obvious sense that people are compelled to submit to it; and compulsory in the less obvious sense, that it is shot through with compulsions.  It is founded upon and it fosters what is contrary to human nature.  But I’ll begin discussing our schools in the next essay.

Anthony Esolen teaches English at Providence College. He is the author of Ten Ways to Destroy the Imagination of Your Child (ISI Books), The Politically Incorrect Guide to Western Civilization (Regnery Press), and Ironies of Faith (ISI Books).  Professor Esolen has translated Dante’s Divine Comedy (Random House) and Lucretius’ On the Nature of Things (Johns Hopkins University Press).

Life Under Compulsion: From Schoolhouse to School Bus