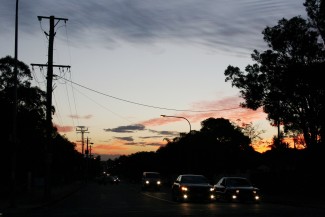 When in 1967 my parents were the thirteenth family to move into newly minted Columbia, Maryland, I was three months old. The American dream at that time generally took the form of owning a house in the suburbs. In the forty-five years that have been my lifetime, that dream, it seems, has been tarnished. As an adult I have moved to the exurbs—one of those areas not only outside an urban area but also beyond the suburbs that lie in closer proximity to the urban area. And I am not alone. While the bulk of Americans still live in suburbs, the Urban Institute reports that between 2000 and 2010 the exurbs have almost universally outgrown the suburban areas, as well as the entire metro areas, to which they are attached.

Just as in the earlier exodus to the suburbs, the reasons for the movement to the exurbs are complex and varied. Judging from at least some accounts of families that moved from city (or farm) to suburb between the end of the Second World War and the 1970s, they were seeking a way of life that appeared more bright and promising—something closer to the American dream of economic success, comfort and security. The move to the suburbs was generally perceived as an upward movement. The status of exurbs today is perhaps more ambiguous. Not always an instance of upward mobility, indeed sometimes rather a search for the more affordable, the move to the exurbs is nevertheless often associated with financial success and freedom.

The suburbs sundered, in practice if not in theory, that which neither the traditional urban nor rural community sundered: working together and living together. In other words, by and large in the suburbs those with whom we work are not those with whom we live. Since this separation became common, our communities, and thus also human lives, have not been the same.

In the typical suburban household, the ‘breadwinner’—originally one, later sometimes two, now regularly two—sallied forth, leaving behind housemates, and neighbors, only to return later with the spoils of work. While this might satisfactorily provide for the material wants of the household, it leaves a gaping hole that often goes unnoticed: a hole in the fabric of human relations, human connectedness.

We might reflect on two places traditionally characterized by strong community: the urban neighborhood and the rural village. One thing that these two had in common is the fact that, for the most part, those with whom people worked were the very people with whom they lived. Shared work binds people together in a unique and irreplaceable way. By shared work I mean not only when people literally work together in the same economic project—such as the butcher shop, or the farm, but also when they work for and among one another. For instance, in the butcher shop neighbors buy and sell from one another, and this forms concrete, deep ties between them. In an agricultural community, the fact that neighbors provide goods and services for one another, through buying, trading, or simple solidarity, is a foundational element of their relations and mutual belonging.

I posit that the absence of the ties of shared work is a significant reason why I and so many others have experienced suburban life as isolated and sterile. And why those of us who try exurban life may well find it similarly so.

An exurb is not the same as an outright rural area. It is where the edges of a metropolitan area blend with a rural area, resulting in a semi-rural character. And it is this character that is often a prime cause of the exurb’s appeal. I believe that one of the major features that constitute the perennial appeal of life closer to the land, or ‘in the country,’ even when not consciously, is the aspect of connections—of personal relations of dependence, trust and mutual belonging. But life in the country does not necessarily provide such connections. In fact, life on the land today is often marked by a solitary character, a seclusion that can exceed that of the suburbs: not only does one not work with those he lives with, he might hardly ever lay eyes on them. The separation of working-together and living-together is common to suburban and exurban, and even most urban, life today.

A few years ago the Washington metropolitan area was blanketed with a couple feet of snow. Many residential areas were not visited by municipal plows for days, and people were stranded at home. But then something significant happened throughout the region: neighbors came out shoveling, checking on one another, delivering groceries and medicine. Many commented on the new and exhilarating feeling of working together with neighbors. Somehow this was what being neighbors must be all about.

I think that most of us desire and need more connectedness. There is something natural, fitting, and pleasing about working together with those with whom we live—in our household and between households. But our current socio-economic structures, our cultural habits, as well as much of our residential and commercial planning and zoning, do not foster conditions amenable to such shared work. There is no easy solution to this lacuna in our lives. Yet we would do well to recognize what is missing, and then turn our deliberations toward finding solutions.

Work that concerns basic aspects of human life—such as the arts of food production and preparation, of carpentry and mechanics, to name a few—is a good place to begin, whether we live in suburb, exurb, or urb. The rise of the local food movement is an appropriate, even while incomplete, response to this problem. People prefer to know and have contact with those who actually produce the food they eat. They are especially pleased if those producers are in some sense their neighbors. This movement should not be reduced simply to issues of food quality—be they ever so important. It is also essentially a matter of personal connectedness.

In seeking greater connectedness through work, we can always start in our own homes. Wendell Berry writes: “[Children] need to see their parents at work…they need to work with their parents… (and) the work done should have the dignity of economic value.” While many professions today are not well-suited for inter-generational sharing, we can still find real opportunities for shared work in the basic arts of the household. Such working-together will be an antidote to isolation. It will be a lived connection, a form of mutual presence and solidarity, and one real step toward living an exurban, suburban, or urban dream.