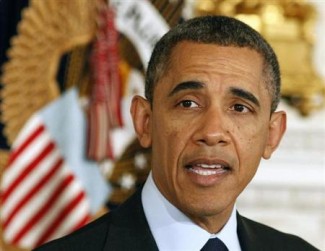 Myriad calls have been made for intervention in Syria. President Obama has been blamed with everything from “feeble paralysis most foul” to subcontracting “foreign policy to the likes of Qatar” and lacking principle in his national security calculus. Supposedly, Syria is an opportunity for President Obama to demonstrate that he deserved the Nobel Peace Prize awarded him in 2009. Or in John McCain’s words: President Obama’s leadership in the matter has been “shameful and disgraceful.”

Far from callous moral indifference, however, President Obama’s foreign policy appears to be motivated by a profound commitment to prudence—the acceptance of a fact that makes neo-cons writhe: that America’s ability to accomplish good is limited and that the world is complicated. In an interview at the end of January, President Obama described his struggle with the relationship between U.S. power and the evil of the world. “A big chunk of my day,” he explained,

is occupied by news of war, terrorism, ethnic clashes, violence done to innocents. And what I have to constantly wrestle with is where and when can the United States intervene or act in ways that advance our national interest, advance our security, and speak to our highest ideals and sense of common humanity. And as I wrestle with those decisions, I am more mindful probably than most of not only our incredible strengths and capabilities, but also our limitations.

These are not the thoughts of a Machiavellian practitioner of realpolitik, nor are they those of an armed idealist on a crusade to irradiate evil, nor are they the thoughts of a naïve utopian seeking to remake the world in America’s image. Rather, they are profoundly Niebuhrian. Perhaps this should be no surprise. In 2007, while still a senator, Obama famously declared Reinhold Niebuhr one of his “favorite philosophers”: “I take away [from his works],” he said, “the compelling idea that there’s serious evil in the world, and hardship and pain. And we should be humble and modest in our belief we can eliminate those things. But we shouldn’t use that as an excuse for cynicism and inaction.” In other words, good and evil exist in unresolved and unresolvable tension—and we’re caught up in the paradox, and we make the best of it that we can.

Writing at the beginning of the Cold War, Niebuhr, perhaps the most influential American theologian of the twentieth century, warned that “even the most powerful nations cannot master their own destiny,” much less manage history. He asked instead for “a sense of modesty about the virtue, wisdom and power available to us for the resolution of [history’s] perplexities.” Where others spoke of inevitability, he spoke of hubris. Where others spoke of certainty, he begged for self-examination. Where others demanded solutions, he pleaded for caution.

President Obama’s foreign policy towards Syria has reflected both America’s intense opposition to new wars in the Middle East and his own recognition of the limits of power and the reality of tragedy. For his prudence, President Obama should be praised. And as for the ire of the intellectuals, perhaps they should stop criticizing President Obama long enough to ponder Niebuhr’s words: “The recalcitrant forces in the historical drama have a power and persistence beyond our reckoning.”