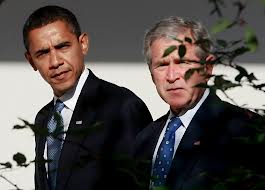 Accusing President Obama of “caviling over chemical weapons in Syria,” The Economist insists that events in Syria are “exposing Mr Obama’s hubris,” his “overconfidence,” and revealing his foreign policy ineptitude. President Obama, says The Economist, “is cautious to a fault, placing more weight on the costs of action than of inaction.” The chemical weapons “red line” should have provoked a severe American reaction; President Obama’s prudence and “lawyerly dispassion,” however, have callously vetoed such a response.

The Economist’s Syria rhetoric might be more convincing if it did not eerily resemble its 2003 rhetoric with which it voted for war in Iraq. Then, as now, the threat was “a brutal, ruthless dictator.” American credibility was on the line. Would we let this dictator disregard the demands of the U.N.? No. “To wait was too risky.” Never mind that wavering American commitment in Afghanistan had left the country “in far too vulnerable and disorderly a state,” and that “if the same were to happen in Iraq the result could be catastrophic . . . and a huge stain on America’s reputation, not only for justice but also for effectiveness.” It was time to take a new dictator down.

Ten years later, The Economist’s Democracy in America blog remembered the “Anniversary of a Mass Delusion.” The legacy it commemorated?

Thousands of American soldiers died in a war in Iraq that only exacerbated the danger of anti-American terrorism. Thousands of Iraqi soldiers died as well, and hundreds of thousands of Iraqi civilians died in the resulting civil war, most killed by the Iraqi militias who emerged in the power vacuum the US invasion created, but many killed by US armed forces themselves. In the name of pre-empting a non-existent threat, America killed tens of thousands of people and turned Iraq into a breeding ground for terrorism. And we spent a trillion dollars to do it.

Somehow, this legacy has not humbled The Economist, and the magazine does not think it should humble American foreign policy either. One decade ago if America would have had a president who (in The Economist’s words) “would not rush to judgment,” a president who would call “for more clarity,” a president who would worry “that the robust intervention . . .  might only make things worse,” a president who placed “more weight on the costs of action than inaction,” a president who rejected “dumb wars” based on uncertain intelligence, a president who understood that international relations is choosing between bad and worse and that the world is a tragic place from which evil cannot be eradicated, the story of our failed escapades in the Middle East might have been entirely different. And now that we have such a president? Oh, humbug: such insistence on caution, prudence, and clarity is naïve, coldhearted, and contrary to American interests. It’s time to take a new dictator down. The Economist, having put Iraq behind itself, seems interested in resurrecting the foreign policy of George W. Bush.