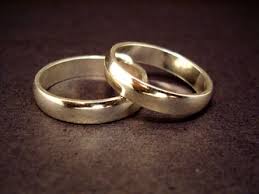 Hidden Springs Lane. A couple months before my wife and I were married, a friend ask me “why do you want to get married so young?” My fiance and I were recent college graduates, holding less that lucrative jobs that paid the bills but–and this is putting it mildly–they were not long-term prospects. In fact, our future was pretty uncertain. My friend was in his late twenties. He was well established in his career, had plenty of money, and was decidedly single. When he asked the question, I didn’t really have a good answer. “I love her and it seems like the logical next step” somehow didn’t satisfy him. “You’re young,” he said. “Why tie yourself down?” The question seemed reasonable, but ultimately things weren’t that complicated: We wanted to get married, and needless to say, we didn’t cancel the wedding.

A recent article in The Atlantic articulates a better justification than I had at the time. The author, Karen Swallow Prior, argues that getting married at a young age allows for the marriage to be the “cornerstone” of a life rather than the “capstone.”

Here’s the author’s reflections on her own decision to marry young:

Looking back over a marriage of nearly three decades, I am thankful that I married before going down that road. Now as a college-educated, doctorate-holding woman, I can attest that marrying young (at age 19) was most beneficial: to me, to my husband, and to the longevity of our marriage. Our achievements have come, I am convinced, not despite our young marriage, but because of it.

Our marriage was…a “cornerstone” not a “capstone.” Once that cornerstone was set during the semester break of my sophomore year of college, I transformed from a party girl into a budding scholar. I earned my college degree then two graduate degrees. My husband made music, built things, earned a teaching certificate, and became a teacher and coach. We lived in several towns, two states, countless apartments (and—for six long weeks, a relative’s basement), owned a junkyard’s worth of beat-up cars (including two, not one, but two Pacers), and held down numerous jobs on our way to financial and social stability. We were poor in those early years. Not food stamps poor, but poor enough to be given groceries by our church without having asked. The church gave us $200 once, too (which is exactly what that second Pacer cost). We held down terrible jobs and then got better ones. Like all couples, we worked and played and worshipped and prayed and travelled and fought together. And sometimes apart. We planned and prepared for children that naughtily never came. We offered our home instead to needy animals and stray college students, and eventually to my own aging parents. It was not the days of ease that made our marriage stronger and happier: it was working through the difficult parts. We learned to luxuriate in the quotidian, to take wonder in the mundane, skills that have become even more valuable in our prosperous years. We invested the vigor of our youth not in things to bring into the marriage, but in each other and our marriage.

Today I often hear young people speak of their desire to “keep their options open.” Commitment is seen as a dramatic reduction in freedom, which it is. But what if some good things (perhaps the best things) can only be realized in the wake of commitment? It may be that avoiding commitment in order to achieve true happiness (with the perfect partner or job or place) is a pretty good recipe for exchanging real, embodied happiness for an illusive abstraction. We can spend an entire life looking for “Mrs. Right” or a perfect job or a place that where we feel completely at home, but perfect people and places are not the stuff of this world. But the good and beautiful only become fully alive and real to us when we stop looking beyond them to the infinite possibilities that are more the product of our restless imaginations than any adequate conception of reality. Commitment is the narrow gate through which we must pass to truly know a person or a place. Prior to this act of commitment, we can only know provisionally, for we are only provisionally invested in the knowing. Perhaps this leads us back to Augustine for whom knowing and loving were so closely intertwined.

While the manifold particulars of each life precludes simple formulations, perhaps it is time to encourage a shift in momentum. Where today the default position is restless, uncommitted, and detached, how would our society look different if the new default was to be settled, committed, and attached? It might be worth a try.