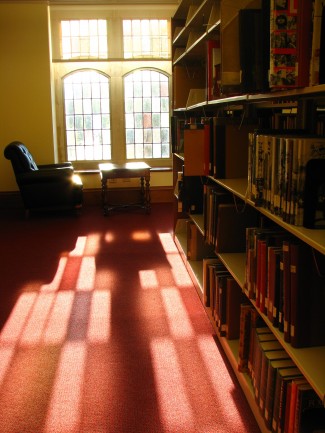 Despite constant speculation about public libraries’ “relevan[ce] in the digital age,” and serious budget cuts caused by the recent recession, the American public library is not in crisis. Local governments have made no effort to drop libraries as a basic municipal service. According to the Institute of Museum and Library Services’ most recent “Public Libraries Survey,” the total number of public libraries in America has been growing, not declining.

But libraries do have a problem, in that it has become less and less clear what precise public service they exist to provide. Is it cultural enrichment, recreation or information? Most discussions about libraries’ future tend to focus on how they should adapt to technological developments such as the e-book and scholars’ growing reliance on the internet to do most research. These technological questions are secondary. In order to judge how technology may enhance or detract from their core purpose, libraries must first decide what that purpose is.

That’s no easy task, but one way to begin thinking about what libraries are for is to consider whether they should be more like museums or community centers. In recent decades, libraries have become increasingly indistinguishable from the latter. Librarians promote their events, free public internet access, job search assistance for the unemployed and public meeting space, much more than they do their circulating and research collections and quiet study space. These all qualify as “public services,” but it’s by no means clear that libraries should perform them. By all means, let’s combine functions in the name of cost savings and enhanced efficiency. But not if the functions in question are incompatible. Librarians are not trained to be social workers. Community centers are not conducive to quiet study. They tolerate loitering and bustle. Many libraries now designate special sections of the building for “quiet study,” as if the entire library should not be for quiet study.

Museums provide the public with opportunities for enrichment, meaning education without any directly practical application. Libraries now betray little evidence of a concern with enrichment. Take acquisitions, which are determined largely by what’s popular and/or heavily promoted by publishing houses. As the director of the White Plains, NY library recently explained on publishersweekly.com, most librarians place first priority on “books that will offer a good return on investment, and keep our customers happy and coming back.” That clearly goes double for films (all ten of the largest library systems in America carry copies of Deuce Bigalow Male Gigolo 1 and/or 2), to say nothing of video games and toys.

Of course, the idea that libraries should entertain the public is not new. Many early library proponents in the mid-19th century believed that the public needed wholesome alternatives to the saloon. There was also a thought that newspapers and low-brow potboilers could eventually redirect the common man into more edifying pursuits.

To inform the public is another purpose often attributed to libraries. At many graduate schools, “information science” has replaced “library science” as the standard degree pursued by aspiring librarians. Large city libraries serve as official repositories for federal government publications, and even the most modest libraries in small communities hold local history and genealogical materials. In the 90s, conventional wisdom held that the public would require assistance in navigating the Internet, and that librarians should meet this need. Of course, Google has since rendered this idea quaint. Over time, the amount of information available on the Internet has increased, as has the ease in sorting through it all. (In Enrichment, a valuable history of the American public library, Lowell Martin argues that serving as the go-to source for information on politics, business and other vital matters has always been more of a dream of librarians than a reality.)

How did we get here? When did it become widely assumed that libraries had to drastically dumb themselves down and/or stop being libraries to ensure their survival? Did librarians drive the change? Or was it library boards and city governments exhorting librarians to care more about “customer service,” just like public transportation agencies regularly are? Technological developments may have played a role, but, more likely, a shift in attitudes about what it means to serve the public drove these changes in libraries’ sense of purpose.

The task ahead for library policy should be to revive the traditional debate about “recreation or enrichment” which will require two things. First, libraries and their advocates should obsess less over what to do about e-books, online databases and suchlike. As n+1’s Charles Petersen notes in his excellent two-part series about the New York Public Library (NYPL)’s “Central Library Plan,” the future of technology is uncertain and libraries have been wrong before. The NYPL opened its Science Business and Industry Library branch less than 20 years ago but now plans to sell it off, as the CD-ROM technology around which the branch was designed has since become obsolete. To ensure optimal use of limited public resources, libraries should be late adapters, not early adapters.

Second, libraries should think of themselves as more like museums and less like community centers. The pendulum has swung too far: whereas libraries’ identity used to be defined by a lively debate over whether they should provide edification or diversion to the public, they are now too content to amuse. Like museums, it has long been the good fortune of libraries to enjoy consistent and broad public support despite the fact that only a minority actually visits them. True, libraries are taxpayer-supported and museums are private charities, but no one seems to object to taxpayer support for parks, whose purpose has much more in common with museums than police, fire and school departments. The library may not qualify among the more “essential” services of local government, but we are clearly committed to it and can clearly do better.

Stephen D. Eide is a Senior Fellow at the Manhattan Institute’s Center for State and Local Leadership and Editor of the blog publicsectorinc.org.