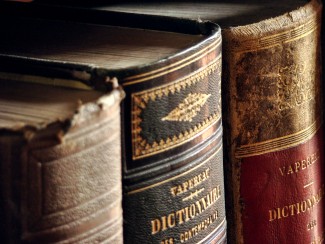 I’ve not yet decided if I’ve succumbed to despair (a sin) or prudence, but I no longer participate in any of the forums at my campus about online education, MOOCs, virtual office hours, assessment, and the countless other distractions from the reading of books and the teaching of young women and men. The conclusions are already made, in hopes that the budget might be saved with the new technology, and any discussion regarding mission or dignity or education itself is not going to stop the juggernaut.

Perhaps I should write an open letter to Michael Sandel, the justly famous Harvard Professor who teaches “one of the most popular courses in Harvard’s history” in addition to “the right thing to do.” Not too shabby for a MOOC.

Turns out, however, that the course is being developed by edX and rather aggressively marketed (for profit, it seems) to other universities as a cost-saving measure. Why bother spending good money on non-Sandel ethics professors and their costly health benefits when a pittance would bring “one of the most popular courses in Harvard’s history” to campus?

It’s brilliant, of course, and the conclusions are already made, based on hopes that the budget might be saved with the new technology.

But angry philosophers not only drink hemlock, they write letters. Open letters. Letters which defend Socratic education, the knowledge and skill of teachers, and even (gasp) the demands of justice and fairness in education, not only for professors but also for students.

Particularly striking is the argument from diversity: “… the thought of the exact same social justice course being taught in various philosophy departments across the country is downright scary – something out of a dystopian novel. Departments across the country possess unique specializations and character, and should stay that way. Universities tend not to hire their own graduates for a reason. They seek different influences. Diversity in schools of thought and plurality of points of view are at the heart of liberal education.”

Sandel responds, and kindly: “My goal is simply to make an educational resource freely available–a resource that faculty colleagues should be free to use in whole or in part, or not at all, as they see fit.” Further, “The last thing I want is for my online lectures to be used to undermine faculty colleagues at other institutions.”

A defense of colleagues and democratic diversity is lovely, but I was struck by Professor Sandel’s claim of the importance of the inter-personal role of teaching: “I strongly believe that online courses are no substitute for the personal engagement of teachers with students, especially in the humanities.”

That battle will need to be a discussion about human nature—what we are determines how we should be taught and in what form. The great Cardinal Newman captures this in Idea of the University and “Rise and Progress of Universities.” For Newman, the activity of the university was distinct from either academy or college. The academy existed to create and advance knowledge, and had very little to do with students. On the other pole, the residential college within the university is home, and provides moral and perhaps religious training, guidance, care, formation, maturation. As Newman puts it, the “the College is for the formation of character, intellectual and moral, for the cultivation of the mind, for the improvement of the individual, for the study of literature, for the classics.”

The university, on the other hand, taught universal knowledge, and what it offered was teachers, for while there was an education through books, university was primarily an education through oral instruction, through the personal influence and exchange of culture from teacher and student. As Michael Buckley puts it, “there are many ways of getting an education, and books do not a university make. Teachers and students … do make a university.” Books can be found in libraries or online, but teachers are found at university, where texts were mediated by the living presence of the teacher and the conversation. Consequently, personal contact, conversation, argument were the sine qua non of the university—even prior to the books and the ideas transmitted. One could perhaps garner the ideas from books on one’s own, but the university is fundamentally intersubjective.

Still, even this seems a little thin to me, for it doesn’t quite capture how the intersubjective passes on culture, primarily because it forgets that human knowledge occurs only because we are lovers before we are thinkers, or at least this is what Steve Cone and I argue in our new book, Authentic Cosmopolitanism.

For those of us, like myself, happily ensconced in the broadly Aristotelian tradition, discussions about the passing on of intellectual culture or virtue is a cause of delight, with attention of the role of virtue in education especially so, and for many reasons. In particular, virtue theory avoids the disembodied rationalism to which modern thought tended by (1) refusing to consider intellectual virtue without also moral virtue, (2) placing the virtue of the individual always within a social and political setting, (3) valuing the body, (4) acknowledging something like the primacy of practical reason—or at least its equality—to theory. Providing an anthropology much less truncated than the “thinking things” so endemic to the tradition, virtue theory also avoids reducing education to the transmission of ideas or worldviews for a thinking thing. Not only theorists, we are engaged agents who seek to instantiate value in our action. Or to put it another way, we are lovers more than we are thinkers.

An anthropology acknowledging humans as lovers, with the pedagogy of virtue which follows, seems to suggest two questions which are sometimes overlooked. First, without love (caritas) aren’t all virtues radically inadequate, or worse? Second, doesn’t human disorder render our loves and thus our virtues inadequate?

Ultimately, of course, this requires grace, but grace is mediated, sometimes, perhaps often, through our encounter with others. We learn to love by imitating the love of others. I have a colleague, for instance, who decided to become a teacher after watching, as he describes it, his own teacher “loving a poem” in class.

And that takes a locale, an engagement of persons, and in that engagement is grace.