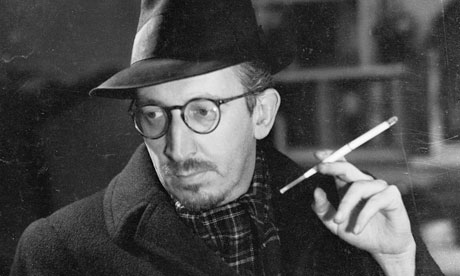 Dwight Macdonald was one of the twentieth century’s great public intellectuals.

American culture was Macdonald’s specialty, including government. A journalist by trade, Macdonald’s first professional job was writing for Time magazine. He later wrote for another Luce publication—Fortune—until he resigned under pressure after producing a series of negative articles about U.S. Steel Corporation.

Macdonald’s politics, talent, and wit led him into the orbit of the highbrow socialist journal Partisan Review. This provided entrée into the circle of New York intellectuals. After a brief association with Trotskyism, Macdonald moved toward a more consistent rejection of state oppression, becoming an anarcho-pacifist who was politically libertarian and economically socialist. It was from this perspective that from 1944 to 1949 he published and edited the small but influential journal Politics, whose pages included articles from authors such as George Orwell, C. Wright Mills, James Agee, and Albert Camus.

In addition to sociopolitical commentary, Macdonald wrote literary criticism and film reviews. He eventually appeared regularly in The New York Review of Books, The New Yorker, and Esquire. Despite his populist politics, he frequently condemned popular culture for its low standards and commercialization. Macdonald achieved more mainstream influence after the 1940s but he remained anti-establishment in his political views.

Unlike most liberal Democrats, in 1948 Macdonald did not support Harry Truman—hero of big-city bosses, Wall Street bankers, and Cold War imperialists. Macdonald also rejected ex-vice president Henry Wallace as a presidential candidate that year because he considered him a goofball who was politically inconsistent. He found Wallace lacking when it came to democracy, civil liberties, peace, and empire, and he disliked the alliance of Wallace’s new Progressive Party with the Communist Party USA. A biting summary of Macdonald’s objections can be found in the little book Henry Wallace, published in 1948 and still worth reading today.  Macdonald supported the more-principled Norman Thomas of the Socialist Party.

By the early 1960s, Macdonald had become a father of the New Left, sharing its affinity for moralistic politics and suspicion of all forms of concentrated power. He was an opponent of the Vietnam War from the start. In 1968, he backed Eugene McCarthy for the Democratic presidential nomination, despite being annoyed by his diffidence, and then urged a vote for either Dick Gregory or Eldridge Cleaver in the fall. Macdonald remained a political outlier: Gregory and Cleaver were Black Power fourth-party candidates. Yet when the journal Public Interest compiled a list of “The Most Prestigious American Intellectuals” in 1972, Macdonald ranked fifth.

Of course, Macdonald had his blind spots, weaknesses, and sins. In the wake of the Reece Committee investigation of plutocratic foundations in the mid 1950s, he wrote a book showering praise on the Ford Foundation. Macdonald was wrong; Taft conservative Brazilla Carroll Reece of Tennessee was right.

Dwight Macdonald was a wonderful writer. His collections of essays—Memoirs of a Revolutionist, Against the American Grain, and Discriminations—are a pleasure to read even when one is unfamiliar with the topic at hand. His prose is so good that the subject matter doesn’t matter. His writing is strong, stylish, insightful, and incisive. It is direct with just the right amount of eloquence and sarcasm, like Gore Vidal’s.

Consider his assessment of Mass Culture (“Masscult”): “Masscult offers its customers neither an emotional catharsis nor an aesthetic experience, for these demand effort. The production line grinds out a uniform product whose humble aim is not even entertainment, for this too implies life and hence effort, but mere distraction. . . . It asks nothing of its audience . . . And it gives nothing.”

In the early 1950s, Macdonald weighed the relative merits of the King James Version vs. the newly-published Revised Standard Version of the Bible. For stylistic rather than theological reasons, he found the RSV wanting. Calling it “alchemy in reverse,” Macdonald commented, “What they are really translating is not the original Greek and Hebrew but the English of the King James Version, and the language they have put it into is modern expository prose, direct and clear, and also flat, insipid, and mediocre.” As Al Jolson used to say, “You ain’t seen nothin’ yet!” The New International Version, published two decades later, is far more popular than the RSV among today’s evangelicals. In comparison to the clunky NIV, the RSV is poetic perfection.

Macdonald’s works are full of pithy assessments of political figures. Example: “For all its vigor, Trotsky’s mind was strait-jacketed by Marxism.” On Norman Thomas: “a real, old-fashioned, unreconstructed liberal who believes in freedom and justice for everybody.” Upon the death of FDR: “In the last few years, he had even grown cynically weary of the pretense of humane and progressive aims. . . . Yet when he died, he was mourned as a great humanitarian and the Father of the common people. The myth was still intact. By this, we may measure the deterioration of our politics in the last two generations.”

Later in the decade, Macdonald wrote, “Gandhi was the last political leader in the world who was a person, not a mask or a radio voice or an institution. The last on a human scale.” In his tribute to saint Dorothy Day, he observed, “Her temperament combines mystical feeling and practicality in a way not common in the everyday world but not uncommon in the annals of hagiography.” Late in his life, Macdonald referred to Solzhenitsyn’s Gulag Archipelago as “the sturdiest plant of all to miraculously survive the Soviet glacier.”

Dwight Macdonald was not a Christian. Like Orwell, Mills, and Vidal, Macdonald could be classified as a virtuous pagan if virtue is defined as an embrace of Kingdom-of-God values like truth, justice, and peace. As a leftist, Macdonald would not be considered a conservative by most, but we on the Front Porch have a kinship with him in a way that we will never have with the Karl Roves and Rupert Murdochs of the world. The title of Macdonald’s biography says it all: A Rebel in Defense of Tradition.

Every issue of Macdonald’s Politics journal is available online with clickable links.

The text of Macdonald’s “Root of Man” essay—a critique of Marxism that was published in 1946 and revised in 1953—appears here.

The Open Library list of Macdonald’s books, with information about borrowing and buying, is found online.

In 1988, progressive historian Michael Wreszin—past biographer of Oswald Garrison Villard and future biographer of Macdonald—argued with neocon historian Ronald Radosh and compared Macdonald to Christopher Lasch in a New York Times letter to the editor.