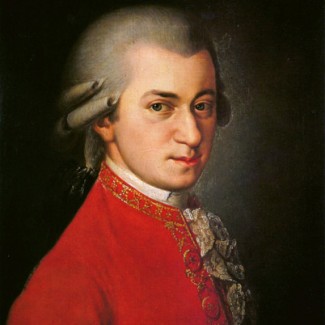 This is an entry in FPR’s One Thousand Words series. Over the next few months, perhaps longer, several dozen contributors will tell us what we need to know about a wide variety of figures—some obscure, some not—in one thousand words or less. Forthcoming: posts on Dwight MacDonald, Mozart, Charles Portis, Foucault, Leo Strauss, Paul Gottffried, Charles Taylor, Irving Babbitt, Bernard Lonergan, Machiavelli, and many more.

Near the beginning of Peter Shaffer’s Amadeus, Antonio Salieri recounts his stunned reaction upon first hearing Mozart’s music. He cries out to the audience, “Ah, the pain! Pain as I had never known it. I called up to my sharp old God, ‘What is this? . . . What is this pain? What is this need in the sound? Forever unfulfillable, yet fulfilling him who hears it, utterly.’” This music, and what Salieri comes to believe it represents, leads him down the path of madness and self-destruction.

My first hearing of Mozart did not have such dramatic consequences, but its effects are still unfolding. It was the Adagio of Mozart’s famous Clarinet Concerto, composed in 1791, the year of his death. As the sound filled my room twenty-five years ago, I knew I was hearing something extraordinary, though I had little idea that it would come to play such a large role in my understanding of goodness, truth, and beauty. Like the Clarinet Quintet with which it is often paired on recordings, it has the autumnal feel characteristic of the clarinet. Yet as is the case with much of Mozart’s music, there is also a seamless joining of contrasts that makes any simple description of mood impossible. I hear especially a wistfulness, a longing at once sorrowful and celebratory. The German word sehnsucht comes to mind. It is little wonder that theologians such as Karl Barth, Hans Urs von Balthasar, and Joseph Ratzinger/Benedict XVI have been so captivated by Mozart.

Any assessment of Mozart will have to reckon with this reaction. But there are two main barriers to such an assessment.

The first is a series of half-truths and misrepresentations that have flourished since the nineteenth century and which in our day have been popularized by Shaffer’s play, along with his better-known film adaptation. Together with the celebration of the bicentennial of Mozart’s death in 1991, this film was responsible for the tremendous growth in the Mozart industry over the past two decades. The film focuses, however, less on Mozart than on his fellow composer Antonio Salieri’s war with the God he believes has betrayed him by showering his blessings on the “sniggering, conceited, infantine Mozart” of Salieri’s memory. It is grand entertainment, and an astute portrayal of a mercantile religion in which man creates a “God of Bargains” in his own image to serve his selfish ends, but it is filled with enough references to the received mythology to mislead anyone who treats it as a biopic.

Among the more popular myths Shaffer exploits: Mozart was stunted in his emotional growth by a domineering father; Mozart was a boorish brat who flouted social convention; Mozart was a genius who composed fully formed masterpieces without need of revision; Mozart was never appreciated by the Viennese public or fellow composers; Mozart lived and died in obscurity and poverty. Any decent biography of Mozart, along with Mozart’s correspondence, will offer the needed corrections, and several monographs are available that chronicle the development of these and related myths.

The second obstacle is the belief, especially popular in the early twentieth century, that Mozart’s music is too “simple” for serious musicians and listeners drawn to the greater challenges of other composers, particularly the titans of the Romantic era. In this view Mozart’s music is light and sweet, characterized mainly by pretty melodies.

Artur Schnabel, one of the most important pianists of the first half of the twentieth century and known for his cycle of Beethoven sonatas, responded to this stereotype by praising “the unfathomable, transcendental qualities” of Mozart’s music. “Children are given Mozart because of the small quantity of the notes,” he said to a woman who wondered why Schnabel valued so highly a composer whom children played so well; “grown-ups avoid Mozart because of the great quality of the notes—which, to be true, is elusive!” And Artur Rubinstein, maybe the most beloved pianist of the twentieth century, said with a touch of hyperbole that “Mozart can express in a few bars more than Beethoven in a whole movement of a sonata.”

Many scholars and musicians in the past half-century have followed these pianists, and Mozart has assumed a place at or near the top of the list of Greatest Composers with Bach, Beethoven, and Wagner.

The man behind the myths—Johannes Chrysostomus Wolfgangus Theophilus Mozart (Amadeus is the Latinized form of the fourth name; Mozart preferred Amadè)—saw himself principally as a craftsman. He composed music, in keeping with the standards of the day, to fulfill his employer’s needs. In his last decade, while living in the competitive musical world of Vienna where obtaining secure employment proved difficult, he became a freelance artist of sorts, earning money, if not always consistently, through a series of concerts and the sale of his compositions. The notion of the artist as a tortured and impoverished figure, misunderstood by society and driven by an inner need to create, would not begin to take the form we are familiar with until long after Mozart’s death. Shaffer’s deliberately exaggerated portrayal in both play and film continues to mislead on these points.

Like every craftsman, Mozart nurtured his native abilities through hard work. This effort yielded compositions in numerous forms, from large-scale operas to solo piano works. I think it safe to say that no composer produced a greater number of recognized masterpieces in more forms than Mozart. Trying to plan a suitably diverse schedule for a musical season would be difficult even with musical giants such as Beethoven or Bach; with Mozart, the variety of great works is astonishing, and an all-Mozart year is easily conceivable. There are a handful of operas, a half-dozen symphonies, at least ten piano concertos, several wind and violin concertos, numerous other orchestral pieces that include serenades and divertimentos, several masses including the famous Requiem, and a variety of chamber and solo works that qualify as extraordinary in any age.

Extraordinary for a host of reasons, only some of which I have suggested. Let the final word come from Red, the long-time inmate of Shawshank State Penitentiary, whose first-hand knowledge of suffering and despair makes him a fitting candidate to understand Mozart’s music: http://www.youtube.com/watch?v=azWVPWGUE1M

From Gramophone Magazine, here is a brief online guide to sorting through recordings of some of Mozart’s best-known works. Gramophone also publishes a yearly guide to classical music recordings; despite a noticeable bias toward British conductors, musicians, and labels, it is useful, especially when starting a CD collection. For reviews of older recordings of Mozart and other composers, check out the wonderfully opinionated Classical Music, which is far more inclusive than the Gramophone guides, even if it is growing more dated every year. On a personal note, my own collection of historical recordings has been at times guided by excellent customer reviews on Amazon. Loads of dross, yes; but there are jewels, as well.

The Mozart mythology is discussed in William Stafford, The Mozart Myths: A Critical Reassessment and Roye E. Wates, Mozart: An Introduction to the Music, the Man, and the Myths. The latter is highly recommended as an entry to everything in its title.

H. C. Robbins Landon has published several excellent studies of Mozart. He edits the invaluable The Mozart Compendium: A Guide to Mozart’s Life and Music, which provides overviews of the life and music by leading Mozart scholars. Other standard reference works include The Cambridge Mozart Encyclopedia and The Compleat Mozart: A Guide to the Musical Works of Wolfgang Amadeus Mozart.

The authoritative biography, first published shortly after World War I and recently updated with annotations on each page, is Hermann Abert, W. A. Mozart. This will help you appreciate the term “weighty.”

Finally, a recent and excellent documentary is “In Search of Mozart,” featuring commentary from composers and musicians.