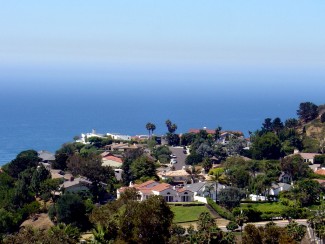 Two weeks ago I spoke to an orientation program for new faculty at Pepperdine. I shared with them what I had been told at my new faculty orientation nineteen years before. Back then, I had just spent four years as a researcher in the Federal Reserve system, and so I was relatively new to academia, having spent only one year before that at a small College in Maine. Consequently, my opinions about academia had been shaped by my PhD training, which had prepared me for a career in the global economics research community, in which academic appointments were supposed to be well-paid perches from which to gather grants, conduct lots of important research, engage colleagues in other schools, and produce new PhDs who in turn would join the worldwide, boundaryless project.

On that day in 1994, the Dean of the Faculty welcomed us, offering advice for our transition to new lives as Pepperdine faculty; I was struck by this advice at the time, have since found it to be very wise, and have remembered it (although not verbatim, sadly). He said something to the effect that as new faculty we were entering into a culture that was in some ways like other academic cultures, but was in other ways unique, and that we should try to understand it, to gauge its dimensions, and draw on its strengths and resources. Our task was not simply to learn the culture so as to fit in, however; we were supposed to engage that culture in such a way as to contribute to its growth. We had each come from different academic and professional cultures, and Pepperdine would benefit from what we brought with us. We had not been hired to reinvent it, even though the changes we would effect might be significant and even somewhat radical; we were to join in the ongoing enterprise that it represented.

What was striking about this talk was that it took for granted that Pepperdine has a culture, and that its culture is not identical to academic cultures at other schools. Pepperdine is not a local franchise of a global academic conglomerate; there is something to adjust to here. Pepperdine’s history is integral to its identity and function. Of course, many of the same things are important at Pepperdine as at other schools: teaching, research, service, prestige according to the standards of the academic beauty contest. We are after all a university. But we are Pepperdine University. Our history is not just “local color,” a sort of charming Malibu finish on the usual academic franchise.

This talk of Pepperdine (or any school somewhere between the research university and the small teaching college) having a culture, being more than a collection of individuals who just happen to share the same space, each pursuing his or her own academic interests, was a double shock to me. First, it was shocking because I was trained in a research university where publications and prestige were ultimate values, and which evaluated academic positions by how much research support you had, by how little teaching you did, and by your salary. These were the standards by which all schools should be judged, and to which all schools should aspire. Of course, I had come to Pepperdine knowing in a theoretical way that a smaller, less research-oriented school had something to offer; I was braced for a heavier teaching load, less research support, and lower salary. Nevertheless, having attended research universities as a student, I had no direct experience of what a smaller school might offer to compensate. I was more vividly aware of what I stood to lose than what I stood to gain.

This talk of institutional culture and history was shocking for a second reason. Because I am an economist, the idea that a community was anything more than the strict sum of its individuals’ interests was alien to me. That an institution might have its own culture and history, which affected its ways of doing things, which made demands on its members, was acceptable to me, but that these institutional accretions might be valuable beyond their effects on those who taught and learned there (evaluated according to the standards of the worldwide franchise) was puzzling. It was more than puzzling to a well-trained economist; it was a bit suspect: if all that really matters are individual student, faculty, and staff interests, then any assertion that there is something beyond those interests that is not fully describable in terms of those interests was probably rhetorical cover for self-interested pursuit.  Someone must be directly benefiting from, and taking advantage of, the history and culture talk.

Over nineteen years I have come to appreciate the fact that Pepperdine has a culture and a history, because these ground our enterprise, giving us a source of wisdom embodied in “the way things are done.” But having a history, being a culture, also means a place has limits: limits on what one can accomplish, on the ways in which it can grow. Many of the very things that often drive me crazy about Pepperdine I must at other times acknowledge are sources of strength. Most of the examples that come to mind have some connection Pepperdine’s rootedness in the Church of Christ (of which I am not a member). For example, Pepperdine has a consensus culture, in which many ways of doing things are informal and unstated (there is some disagreement whether this is due to the Church of Christ affiliation). The consensus culture often serves Pepperdine well (and makes it a very pleasant place to work), but it forces us to work harder and worry more when disagreement and conflict are important and inevitable.

My experience at Pepperdine (and my experience as a husband, father, scout leader, and Catholic) has changed the way I understand community, as something more than the sum of its parts. Community is inescapably particular; its particular expressions are indispensible to human formation and flourishing. After nineteen years of striving and thriving at Pepperdine, I appreciate the Dean’s advice, and I shared it with the new faculty. They have something to learn of the culture here, of the way things have been done, because there is wisdom in these ways. They also have something to contribute: we need their insights, their energy, even their dissatisfaction—since not all of “the ways things are done” embody wisdom. Folly can be cumulative, too.

Andrew Yuengert is Professor of Economics at Pepperdine University.