Front Porch Republic
Home Articles Are Porchers Urbane? Time to Wonder About Ourselves 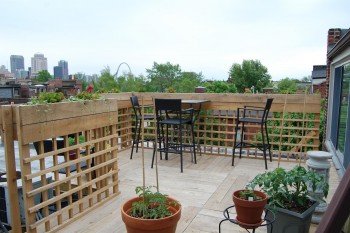 As a student, I never trusted teachers who wanted to be part of student culture. You know the type, the teacher who wishes to have influence by becoming as much like a student as possible, usually caught up into intrigues. No, I admired the teachers who formed a bond with students by telling students to grow up and become like them, the teacher, who had entered into both adult and advanced culture through experience and a long apprenticeship and so could lead the way (educe).

Still, while I admired the teacher who encouraged students to become like them rather than becoming like students, I knew also that you could not trust those teachers who wanted disciples, groupies, hangers-on, imitators; in short, I trusted teachers, not gurus, for the teacher said “be like me and apprentice yourself to the tradition,” while the guru said “be like me.”

Trusted teachers always directed attention away from student and teacher alike, toward the tradition, the subject, the book, the wonder of reality.

Now, as a teacher, I hope to do the same, keeping something of a critical distance between myself and my students. I want to influence, guide, and shape, but I want also to respect their freedom and agency, so I often withdraw.

One way of doing this, of course, is just to be impersonal and distant. I’ll leave it to my students to judge if I do this, although I hope not, for the better way, I think, is to commit to the use of aporia—wonder, puzzlement—rather than ideology. I really don’t trust teachers who catechize, although I do trust teachers who profess that there is truth. But even then, the fissures and tension points of a position, even one’s own, have to be stressed and made apparent so we form humane and humble learners rather than swarmy know-it-alls spouting bromides.

It helps, of course, if one is genuinely perplexed, if one really sees that the world is full of dialectical tensions rather than self-contained and sufficient propositions, and so the ideological position really is unpalatable because false in its surety and reduction. As a teacher, then, one task is always to make sure that students recognize that things are never quite so easy, that there is always a further question to ask, and sometimes that question destabilizes how you had pieced it together. Vertigo is a companion, and a friend—which is not to say a goal or a denial of truth.

So often I push back when students enthusiastically posit positions which are also my own. I do this, sometimes, for them if I judge that they’re parroting; often I do it for myself since I have no intention of becoming the pompous windbag reciting the same conclusions reached thirty years ago and never reconsidered or viewed anew. (Again, I leave to others the judgment of whether I have am already this and so need not worry about the becoming.)

The challenge of this came to me last week when a student I admire for intellectual probity spoke quite forcefully during a reading group against technology, urbanization, modernity . . . it was an articulate and thoughtful statement, and yet I argued back.

In the days since, the tension of my own position has emerged. (You can call it what you will—I can aggrandize about my “tension” or “honesty” or “life in the middle,” but perhaps I’m just muddled, or cowardly, or dimwitted . . . fine.)

It boils down to this: rusticus or urbanitas?

Take urbane or urbanity—as a kid I would have called this citified—with its overtones of fashionable, polished, sophisticated, cosmopolitan. Perhaps excessively so, as in effete, snobbish, enervated, decadent, like the citizens of the Capitol in The Hunger Games.

Rustic, on the other hand, conveyed simplicity, honesty, forthrightness, plain speech, hard work, courage, and so on, like Katniss herself.

But when I hear my students argue for the rustic, I find myself leaning into urbanitas more and more.

A friend recently remarked on his desire to retire to the countryside. I said that Rittenhouse Square in Philly would do in a pinch since I couldn’t afford Manhattan, but if the countryside then I’d take Charlottesville. Had to be close to a university, you know.

Urbane is shifting in my mind, no longer citified or snobbish but civilized, dynamic, humane. (Am I still a Porcher? What is happening to me? Don’t tell my grandparents.)

Much of this, it turns out, is because of Romano Guardini’s masterful Letters from Lake Como, in which he worries and frets about the machine culture which alienates and abstracts persons from nature and themselves. But he’s also quite blunt, all culture, all work, all intelligence takes us away from nature, places us into a new domain of meaning and possibility, and there is no pure nature in which humans could ever dwell as humans. This is what culture is, a distancing from nature.

Now, some culture is in keeping with the shape of nature, and Guardini gives homage to the sail boat operating in tandem with culture and natural force within the limits of scale and respect, just as he loves the rustic villas and towns of northern Italy more than the industrial wastelands of its northern neighbors. And, yet, when he defines “a mode of being … in which humanity thrives,” he defines it as “Urbanitas: this word means strictly ‘city living,’ a city atmosphere, yet one in which a nobly shaped humanity can flourish. Here nature can pass over smoothly into culture.” Urbanitas, he continues, is “this art of living.”

Quite clearly, Guardini scorns the machine age of technological conquest descending from the north, quite palpable is his distaste for the mass and the giant beyond scale. And, quite clearly, humane life is urbane life.

In his commentary on Genesis, Leon Kass makes a similar point, arguing that the Bible never suggests anything like living according to nature. The Bible doesn’t have a word for nature, but conceptually the distinction is drawn between the instructed people of God and those who follow the natural patterns of sex, power, war, social division. Egypt and Canaan are natural, but at Sinai God’s people are instructed, and so they become a nation, a people. Not a polis, really, as the Greeks might think, as so often a sojourner in someone else’s city, but flourishing is to be sought in those cities.

My point: it seems to me that those of us on the Porch have a long task ahead. Pull up a chair on the porch, pour a tea or bourbon, and think together: nature cannot be our goal, but culture. So we’re here to develop and alter, to prune and advance. We’re very good (if I may say) at articulating where we think things have gone wrong, but do we have, and have we articulated, a full story about development?

Do we have an account of urbanitas, and one that deserves to be heard? If not, I suspect we drift into the backwaters of the justly overlooked yokel. Rustic, you know, has connotations, too.