Front Porch Republic
Home Articles The Monster and the City 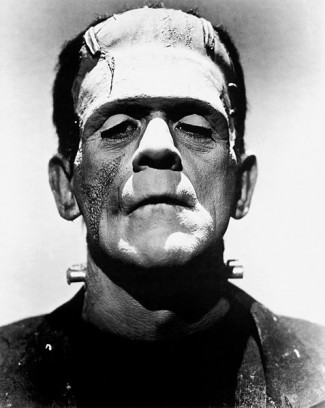 “I was, besides, endued with a figure hideously deformed and loathsome; I was not even of the same nature as man.” So says Frankenstein’s creature. After being animated, the beast fled from the laboratory and embarked on a painful journey of self discovery. The beast sees his own reflection in a pool of water, but, unlike Narcissus, he is disgusted. He sees a cottage of rustics and watches their happy life together, prompting him to wonder at his own nature. “Was I, then, a monster, a blot upon the earth, from which all men fled and whom all men disowned?”

Over the course of Frankenstein, or the Modern Prometheus Mary Shelley unfolds the answer to that question, and it is a horrid and tragic yes. Frankenstein’s creation is indeed a monster, and his monstrosity constitutes a sort of tragic flaw, damning him to perpetual enmity with mankind. His intelligence and strength are warped and redirected towards malicious ends, and he himself moves ineluctably towards his own doom. What, however, is the nature of his monstrosity?

Aristotle provides us with a valuable definition of the monstrous when he writes in his Physics: “If then in art there are cases in which what is rightly produced serves a purpose, and if where mistakes occur there was a purpose in what was attempted, only it was not attained, so must it be also in natural products, and monstrosities will be failures in the purposive effort.” Aristotle’s monster, teras in Greek, is an aberration. It is a product of natural processes that is itself unnatural because chance has diverted the course of its generation. He gives the example of an ox calf born with the face of a man, a hideous thought. Aristotle’s monsters are often what we would call mutants in this day and age, deviations from the course of nature that fail to attain their purpose and intended form.

Shelley and Aristotle both wrestled with this notion of the monstrous, but it seems that the notion has gone out of vogue. That is strange, because if monstrosity ought to be understood as aberration from the design of nature, then we are beset with monstrosity on all sides in this twenty-first century. Witness our sprawling cities, filled with moral and ecological pollution. If we have ceased to perceive monstrosity, perhaps it is because we have become accustomed to it. In order to reacquaint ourselves with the conceptual category of monstrosity, and see how it may apply to modern megalopolises, perhaps we ought to return Shelley’s work and study her portrayal of the monster.

When we consider that Frankenstein’s monster is a conglomeration of inanimate tissue that is living even though it ought to be mouldering in the grave, we realize that this creature is an Aristotelian monster. Dead tissue has been diverted from its course. However, unlike the malformed births that Aristotle considered, Frankenstein’s monster is not the result of freak happenstance. Instead, the monster is the result of one man’s disordered will.

Frankenstein himself, reflecting on the two years he spent working on the monster, tells the reader that “No one can conceive the variety of feelings which bore me onwards, like a hurricane, in the first enthusiasm of success. Life and death appeared to me ideal bounds, which I should first break through, and pour a torrent of light into our dark world.” Here Shelley shows us the rampaging spirit of the Enlightenment, transgressing all bounds and expanding outward, driven by men gone mad with their own imagined powers. Frankenstein is borne along by winds of passion that, with the force of a hurricane, compel him to work on his project night and day. This monomania leads him to ignore his familial obligations and forget simple pleasures that he once enjoyed. It is his disordered desires that lead him to interrupt the course of nature and produce the monster. His feverish quest comes to fruition on the night that he animates the body, and realizes instantly that he has created a monster.

“How can I describe my emotions at this catastrophe, or how delineate the wretch whom with such infinite pains and care I had endeavoured to form? His limbs were in proportion, and I had selected his features as beautiful. Beautiful! Great God! His yellow skin scarcely covered the work of muscles and arteries beneath; his hair was of a lustrous black, and flowing; his teeth of a pearly whiteness; but these luxuriances only formed a more horrid contrast with his watery eyes, that seemed almost of the same colour as the dun-white sockets in which they were set, his shrivelled complexion and straight black lips.”

Here we see the dominant feature of the monster: ugliness. There is an irony here; because Frankenstein sought to create a beautiful creature, he chose “teeth of a pearly whiteness” and other exquisite elements. However, when he combined them the result was repulsive. The individual accidents participated in a monstrous substance, and thus could never unify into an excellent whole. Indeed, there is no ideal form that the beast is meant to attain. Indeed, if beauty is the splendor of truth, then perhaps ugliness is the penumbra of its absence.

The monster is, for one thing, too large. Frankenstein identifies his creature one night during a lightning storm when “its gigantic stature, and the deformity of its aspect more hideous than belongs to humanity, instantly informed me that it was the wretch, the filthy daemon, to whom I had given life.” The beast, which was created by transgressing the natural limits of life and death, violates the limits imposed by the human scale. The enormity of the monster, like a work of brutalist architecture, causes revulsion when Frankenstein considers him.

This hideous appearance, and the visceral reaction humans feel when confronted with it, helps to drive much of the plot forward. When the monster seeks to forge a relationship with a family of cottagers, they reject it out of aesthetic disgust. This, and similar encounters, lead the monster to determine that it can never live in peace with mankind. A modern author would doubtless condemn the peasants’ impulse to judge a soft-hearted being by its physical appearance, but Shelley does not. The ugliness of the beast reflects a deeper truth about it, the fact that he is fundamentally and essentially monstrous. Because he fills no niche in the proper order of the nature, he must always exist in conflict with mankind.

Frankenstein’s monster is the result of diverting the natural processes of birth, growth, death, and decay. These natural cycles are not the only process towards an end that Aristotle considered, however. Aristotle also believed that the city, or polis, had an intended end. He wrote in Politics that the city “contains in itself, if I may so speak, the end and perfection of government: first, founded that we might live, but continued that we may live happily.” If men with disordered passions diverted the city from this end, they would create a monster that resembled a city. To boldly coin a neologism, it would be a terapolis, a monstrous city. This is not, however, a merely theoretical exercise. Over the last two hundred years, such monstrous cities have indeed sprung up across the globe.

Frankenstein’s disordered passions were not dissimilar from those of the early English industrialists that Shelley and her Romantic cohort despised. Frankenstein sought to use the scientific knowledge amassed in the Enlightenment burst through natural limits and satisfy his own macabre curiosity. The tycoons of Dickensian England satisfied an even baser impulse, they sought to amass vast fortunes by directing the scientific advances of the Enlightenment towards mechanized production. In their avarice they began to construct terapolises that drew displaced rural people into enormous slums. The same process is currently underway in central China, as enormous manufacturing centers erupt from the rice paddies.

This process of urbanization creates cities that do not aim at the good life. The end of these cities is to feed grist into the mill of industrialism, allowing a handful of men to amass enormous fortunes with no reference to limits. Aristotle condemned this acquisitiveness in Politics, contrasting it with economy, which seeks only to provide for the natural needs of a household. He wrote that: “Thus, in the art of acquiring riches there are no limits, for the object of that is money and possessions; but economy has a boundary.”

If these terapolises are indeed monsters like Frankenstein’s hideous creation, we should expect them to bear the same ugliness as the monster in Shelley’s novel. They do. Consider the architecture of Shanghai. The city contains ancient Chinese buildings, with beautiful gardens where visitors can stroll along winding paths and gaze on perfectly manicured trees and ponds. Shanghai also holds the Bund, a string of gorgeous Art Deco riverfront buildings constructed during the Jazz Age by foreign banks and trading houses. Along with these treasures, Shanghai is home to a profusion of modern Chinese buildings, skyscrapers of steel and glass that are illuminated at night with a brilliant and shifting kaleidoscope of lights. Like the lustrous black hair and pearly white teeth of Frankenstein, all these architectural styles have a beauty of their own. However, thrown together in the sprawling jumble of the twenty-first century mega-city and mixed with blocks of boxy and insipid apartment buildings, they add up to form a monster. Viewed from the top of the Pearl Tower, an impressive structure in its own right, the city is a teeming disarray of structures overlaid with an oppressive layer of smog. There is no unity, no clearly visible purpose. But behind the aesthetic chaos lurks the true (dis)organizing principle of the city: the quest for lucre.

All over the world we see cities that, like Frankenstein’s monster, are simply too large. Flying in or out of these terapolises can engender feelings of revulsion when elevation allows us to glimpse the horrific scale of urban sprawl. Walking down a busy street can call up feelings of claustrophobia and panic when we feel the press of human masses forced to live cheek to jowl, even if their cheeks and jowls are pressed together in stylish loft apartments.

Shelley’s novel ends in tragedy. The creator and creature meet for the final time, and the monster murders Frankenstein. The terapolis might follow the same course, and slowly choke from our species that which makes us most human, our love for God and our neighbors. These corrosive effects need not come to pass. There is still time to redirect the monstrous development of these cities, and point them once more towards their true end, the good life.