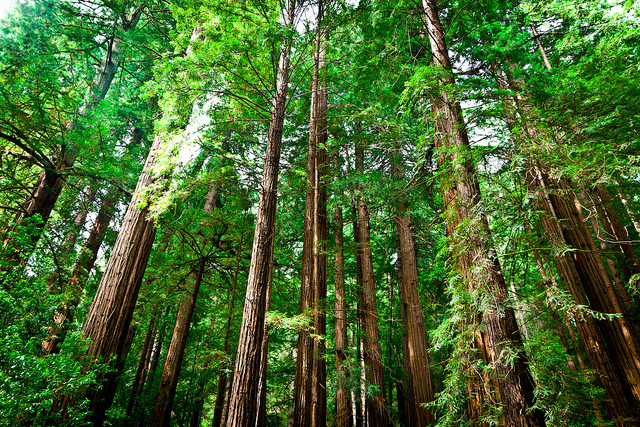 Louisville, Kentucky. For how many years has much of the country joked about seceding from California? Well, every so often California talks about seceding from us, or at least from itself, and we’re in one of those cycles again. In case you missed this over Christmas, here’s a short piece on technology marketer Tim Draper’s ballot proposal for the six Californias.

Then there are the “seasteaders,”  who are finding Elon Musk’s hopes for Mars-steading too remote at the moment, and who want to create a thousand floating cities on the oceans, little Atlantises of freedom and innovation. Milton Friedman’s grandson Patri Friedman is behind this, in partnership with PayPal co-founder Peter Thiel.

Their goal is to seed the next generation of governance beyond the reach of existing countries. In their words, they want to promote “banking systems to better handle the inevitable financial crises, medical regulations that protect people without hindering innovation, and democracies that ensure our representatives truly represent us.” Though this proposal sounds more like a post-religious Shaker village than the secession of the American colonies from Great Britain, one has to be sympathetic with the desire for something smaller to manage.

But the very placedness of both these plans—for even a floating island is still a place–would seem to make them unworkable to Stanford lecturer and entrepreneur Balaji Srinivasan. In a talk last year at the Y Combinator’s Start-up School, he proposed the quixotic idea of virtual secession, and encouraged Silicon Valley to stress (more) technologies that enable human beings to leave where they are without physically leaving.

If, he says, we agree that the notion of a citizen’s “voice” can be epitomized by voting, and “exit” by his emigration, then the ability of a community to “exit gives voice its strength.” (This is part of the argument of secessionists everywhere. You’ve assumed the same premise yourself, dear reader, if you’ve ever walked away from a salesman who wouldn’t give you your required price.)

But Srinivasan is not really talking about the physical exit that enabled his own father to leave India and start anew in the United States. He says Silicon Valley’s response to American economic and governance problems needs to be along the line of the seasteaders or Larry Page’s proposal to build an opt-in society, outside the U.S., outside any government, free for experimentation. Srinivasan then suggests that to a great extent this place be “peopled” remotely—allowing its participants to opt-in in the most flexible way possible.

He says Silicon Valley’s “Ultimate Exit” is a technological one, in a world where “warfare is going to become software, laws are going to become code, management via robotics is going to become automation, and property rights are going to become network effect,” the way the value of bitcoin is due entirely to the effect of others using it. To me this sounds like we’ve left the Shakers and John C. Calhoun behind and taken up with Philip K. Dick, but maybe tonight at dinner you and your family can debate the possibility of taking the “land” out of the concept of “native land,” and see where that leaves you.  Are you able to be native without it?

As urban Californians know to their sorrow, Man was not made for a Megalopolis. I don’t think he’s made for a New Harmony, either. But if the only answer to our wish to improve our neighborhoods is to tell us to ditch them—by making the hard choices of floating out to sea, rocketing to Mars, or resigning ourselves to living better virtually in some other place by working through our computer and a remotely controlled bot—well, none of these choices seem much of a replacement for even the played-out soil of my native state, to me.

On the plus side I am enjoying thinking about names for the new Californias, since most of the ones Tim Draper recommended are boring (Central California) or presumptuous nonstarters (Silicon Valley). His suggestion of “Jefferson” is always good, but speaking personally and as a rank outsider, I would like to see the new states of “Alta California” (reviving an old Spanish name), and, in the good American tradition of using Indian place names, “Ishi” (for the last Yahi indian of his tribe, who emerged from the California forest to live among white men in 1911). And if “Jefferson” is politically impossible, as it probably is for the usual reason, how about the great state of “Jeffers,” for poet Robinson Jeffers.

Shine, fissioning republic! You, kind reader, will have your own excellent suggestions.