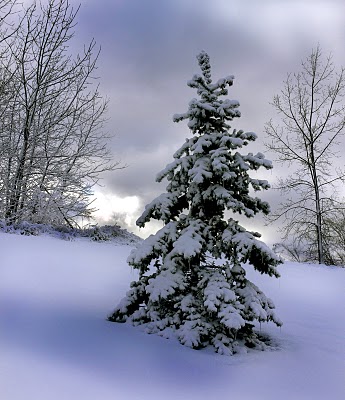 Here in northwest Indiana, I agreed to be a judge for a recent regional speech meet, partly because our middle daughter was a contestant herself and partly because I love all sorts of spoken word events—debates, extemporaneous speeches, poetry, even new-fangled categories like “discussion,” in which a half-dozen high schoolers spend thirty minutes trying to be simultaneously succinct, brilliant and generous to the other contestants.

Daughter Zoe I could not judge, of course, being her parent. But she had previously showed me the oral presentation she had been assigned (students are apparently not allowed a vote on these matters): a selection from what appeared to be a trashy, pretentious novel called White Oleander (“An Oprah Club Pick”). At least Zoe’s selection was not taken from one of the plainly pornographic passages.

At the meet I found I hugely enjoyed watching the raw and occasionally more polished talent of these bright teenagers. One young woman began her speech by citing her experience working with young children at a Montessori school where she was amused at the way they often spoke in terms of exaggeration. This opening theme provided the transition to her topic: that of exaggeration in a media culture. She did an excellent job of rounding up the usual suspects: TV news, the talking heads, the Hollywood watchers.

For the prose interpretation event, I judged six students—four girls, two boys– in a single round. One of the boys told a Hannukah story in a competent way, despite a bit of stumbling over a few words. The other boy, a young African-American, made some good comedy with his passage from a novel about the many ironies of growing up black in the Deep South.

The girls, on the other hand, did selections of unrelieved darkness. First there was Meena, an Indian-American girl, whose selection about the 2004 tsunami and the female narrator’s loss of her husband and children therein contained painful details of her grief-stricken and self-destructive behavior.

Next Mikaela, apparently a talented actress, gave a vivid and indeed theatrical portrait of the alcoholic father in the recent memoir The Glass Castle, a New York Times bestseller which somehow escaped my notice, you might say.

Then Aliyah, a young black woman, did a selection from a novel filled with passages describing what serious depression looks and feels like. Trust me, it’s not good.

Finally came Anne whose selection from Anne of Green Gables, that staple of Edwardian girlhood, at least promised some literary value. She delivered the scene in which the heroine discovers that she has unwittingly dyed her hair green, a moment of understandable teenage angst in the novel which our own Anne took to a suicidal pitch not far from that of a mad scene in one of Donizetti’s operas.

Alcoholism, natural disasters, depression. By the time the round was finished, I felt like a psychiatrist whose specialty was adolescent hysteria. Chatting afterwards with a few of these students, it was striking how far their normal demeanor—modest and pleasant, all of them—was from these dramatic moments in which their faces flashed with the horrific pain of grownups. It was a little unsettling to think of them –perhaps many from happy, well-adjusted families–working so diligently to mimic such graphic unhappiness.

I also wondered whether these selections told me something about the mental lives of the local speech faculty, or at least about their literary tastes.

I should note as well the curious round of discussion which I judged. The topic was “Little Tree,” a poem of e.e. cummings about a Christmas tree. After reading the poem silently, the students began by noting various clues as to the age of the speaker in the poem and other details. One student then speculated as to whether the author must have been a modest person, as he chose not to use capital letters in his name. Another student was able to supply the missing information that Cummings chose this distinctive manner of identifying himself, for reason somewhat unknown. She seemed to be the only student familiar with the poet’s work.

Fairly quickly the group reached a consensus that the poem had no religious sentiments or dimensions: all such references the author had deliberately and skillfully avoided, in their view. Moreover, the theme of the poem seemed to be the poet’s large-minded desire to show how the tree meant something different to different people. Near the end of the allotted time period, one sturdy chap, following the rubric for this kind of event, offered a summary statement: The poet’s aim was to communicate how we each understand this holiday in our own way. Do we all agree? Yes, we do.

I was struck by the fact that at no point did a student attempt to approach the poem as a work of art. Indeed, their idea of the poet’s mission as somewhat therapeutic seemed of a piece with the tone of many of the other presentations I had judged.

Such a melancholy mental world these kids must inhabit. We have made sure, for many of them and starting at an early age, that they know the worst. How their imaginations and spirits will survive such knowledge, I for one do not know.