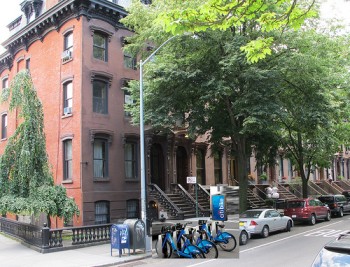 “You don’t say that,” my grandfather was telling me, gently but with obvious annoyance, as I’d just embarrassed him. We were walking out of a small store on a country road outside our home in western Massachusetts, which (the store) he was visiting for the first time. It was a convenience store for people who didn’t want to drive ten miles to the nearest supermarket and was stuffed with things in a way that must surely be illegal now. I was about fourteen.

“It’s a firetrap,” I’d told my grandfather, while in the store and in front of the owner. I had simply repeated something the owner had often said, but this proved to be no defense. People could say what they liked about their own home or store, but you couldn’t, my grandfather explained. You must be polite and deferential. You are a guest and guests do not insult their hosts.

This seems to me (now) basic good manners but I often wonder how many people agree. Perhaps many people understand it but do not know what it means, especially when applied to matters like the way they act when they move to a new neighborhood.

Reacting to an article in the New York Times on “the good of gentrification,” Spike Lee went on a seven minute rant while speaking at a Black History month event in Brooklyn, held in the Fort Greene neighborhood where he grew up. It was once poor and is now one of the more coveted addresses, being the brownstoned Brooklyn of peoples’ imagination, and also close to several subway lines that take you quickly into Manhattan.

Lee complains that when he was there the schools were bad, the garbage was rarely picked up, and the police never came. But now affluent white people have moved in and with them “the Christopher Columbus Syndrome.” (I’ve bowdlerized the quote, though it’s funnier with the obscenities.)

You can’t discover this! We been here. You just can’t come and bogart. There were brothers playing African drums in Mount Morris Park for 40 years and now they can’t do it anymore because the new inhabitants said the drums are loud. My father’s a great jazz musician. He bought a house in nineteen-sixty-eight, and the people moved in last year and called the cops on my father. He’s not — he doesn’t even play electric bass! It’s acoustic! We bought the house in nineteen-sixty-eight and now you call the cops? In 2013? Get outta here! . . .

To “bogart” means to hog something for yourself. Lee continues:

You have to come with respect. There’s a code. There’s people. . . . I mean, they just move in the neighborhood. You just can’t come in the neighborhood. I’m for democracy and letting everybody live but you gotta have some respect. You can’t just come in when people have a culture that’s been laid down for generations and you come in and now [things] gotta change because you’re here? Get outta here. Can’t do that!

He goes on to mention the phenomenon of real estate developers changing the names of neighborhoods, so the old Brooklyn neighborhood of Bushwick is now “East Williamsburg” (Williamsburg being the center of hipster culture) and Spanish Harlem is now “SpaHa,” on the analogy of “Noho,” a name created for the area in Manhattan north of Soho. With the change of names comes a loss of a history and culture and for no reason other than the desire of developers to impress gullible buyers with a hipper version of suburban developments with big stone gates and names like “Canterbury Fields.”

The headline on the New York magazine website called it “an amazing rant.” I’m not sure why. Lee is only arguing that neighborhoods have histories and cultures and people who in some sense belong there and that newcomers to a neighborhood should respect its people, culture, and history. Respect means submitting one’s desires to the established patterns of life in the neighborhood. If men have been drumming in the park for forty years, you let them drum in the park.

I would have thought the established patterns of life were one of the reasons one moved to a neighborhood like that, but that’s probably a matter of taste. Still, the wise man, or even just the shrewd man, enjoys such things as part of the world he’s entered, even when such things annoy him. He lives in his new neighborhood like a tourist, taking pleasure in all its exotic differences with the world in which he used to live. He does not insist on his own way with the excuse (this is nearly universal in such cases) that he only wants to “improve the quality of life.” He gets a quieter neighborhood, which he thinks obviously an improvement, but it’s not an improvement for the drummers and their friends and audience, and those who simply enjoy the fact that their park has drummers.

You may have bought property there, but all you’ve bought is a kind of junior membership in the club, with voice but not vote. The vote you may get after some years of living there and investing yourself in the neighborhood. You have to earn it.

When you arrive, even if you’ve paid a vast amount for the three-story brownstone, and even if you’re going to fix it up and improve the neighborhood, you recognize that you’re still an outsider, a guest, in a world that has its own life to which you’re essentially irrelevant. You have responsibilities to it, even so, but only a minor authority in it. This seems to me obvious.

And once was, at least to some. In that great novel of urban politics, Edwin O’Connor’s The Last Hurrah, the mayor has asked his affluent and apolitical young nephew, Adam, to follow his last campaign. Watching his uncle talking politics at a wake, for a man everyone disliked, Adam feels shock “at what was a really appalling mixture of hypocrisy and hardness.” His uncle’s closest ally explains that the mayor had made sure that the wake drew a crowd, which comforted the widow, when otherwise no one would have come. Politics and piety were more subtly intertwined than Adam knew.

As the ally finished explaining, Adam “felt his face growing redder by the word.” The gentle reproof  “had been humiliating, but what had been far worse, it had been justified. For he had come here tonight as an alien guest; once ashore, he had lost no time in the uninformed criticism of the customs of the land in which he found himself. He had been rude, and been told about it; it was as simple as that.”

It seems to me as simple as that. Thinking this way about the way newcomers should live in their new neighborhoods probably won’t change the behavior of a single imperialistic newcomer. People can be very certain and very righteous when they think they’re improving the quality of life. It’s like being the last man in the office to come to work in a coat and tie. But there’s something to be said for deference and respect as standards for humane living, even if only a few pay their respects.