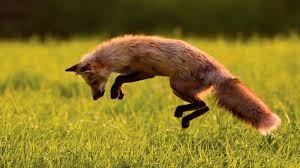 Hidden Springs Lane. There is something especially sad about opening up a hive full of dead bees. Several weeks ago I wrote about my hives and my hope that they would survive the winter. They didn’t. On a sunny spring day a couple weeks ago, I walked out to the field where my two white hives are stationed. They face south on a gentle slope not far from the chicken coop. I had a nagging fear that something was wrong. In the late winter I went to the hives and gently knocked on the sides and listened. Nothing. That was a bad sign. On a couple sunny days in early spring no occasional honey bee flew by the deck or gently tapped on the windows. Another bad sign.

When I lifted the lid of the first hive, there was nothing but silence. Silence and dead bees. It was like opening the door of a tomb. Both hives were dead. When I pulled a couple of frames, they were heavy with honey, some of it oozing into pools. A gorgeous sight if it weren’t for all the dead bees. A beekeeper friend came to do a post-mortem. Mites. My fault. I treated for one disease, but not for mites. The other day, I met a bee-keeper, an elderly gentleman who, with some sort of Eastern European accent, declared that he never loses a hive. I got his phone number. I need to know what he knows.

Last Monday, I had my field bush-hogged. I didn’t to have it hayed last year and I wanted to keep it from turning to brush. After the first pass, the guy cutting the field came up to my house. He told me there was a deer tangled in the fence. It was still alive but in bad shape. Did I have a gun? I got a pistol—a .45 caliber—and walked out to where his machine was parked. The deer had tried to jump the fence dividing my field from my neighbor’s. One of its back legs got caught in the top wire. The deer was upside down. It had obviously struggled frantically, but it was long past that. The wire had cut deeply into its leg and there was blood on the hind quarters. The deer barely moved when I walked up to it. It shuddered when the bullet passed through its brain but then all was still. I had to use wire cutters to free the deer’s body from the fence. When I cut it down, I could see where something had been eating into the deer’s belly even as it hung alive on the wire.

Later the same day, my youngest son, Scott, looked out into the newly mown field and saw a fox walking gently through the grass. We often see foxes but usually at dawn or dusk. Only rarely are they bold enough to venture out in broad daylight and then one only catches glimpses of red as one darts across a dirt road. This fox seemed oblivious to the exposure. He was hunting mice. Apparently the mower had disturbed mice nests, for the fox stalked quietly and then came to an abrupt halt, frozen like a statue. Then the fox leaped gracefully into the air and pounced, rather like a cat. If successful, he would come up with a mouse in his jaws. We watched this beautiful creature stalk and leap in our field for a while. Scott got some of it on film. Then the fox turned and began walking slowly toward the chicken coop. We currently have eight hens and a rooster. There is a wire mesh fence around the chicken yard, but a determined fox could easily burrow under the fence.

I went upstairs, loaded my rifle, and quietly lowered the window in an upstairs room. The fox was still making his way toward the chickens. The chickens, clucking contentedly as they foraged, seemed oblivious to his presence. I raised the rifle and put the scope on him. This was likely the same fox that decimated my neighbor’s chickens several weeks ago. Through some miscommunication, they neglected to put the chickens in one night, and a fox killed the entire flock. I’m sure my neighbor would thank me for ridding the world of a chicken-killing fox.

Nevertheless, I didn’t really want to kill it. I was struck by its grace and beauty as it began to trot toward the chickens. It was less than one hundred yards away from my position—an easy shot. “Mr Fox,” I said under my breath. “If you don’t turn around, things will not go well for you.” As soon as I muttered this simple warning, the fox abruptly came to a halt. It sniffed the air and then without any hint of fear turned around and began walking toward the tree line at the back of my property. I put the rifle down.

We currently have fifteen chicks in a makeshift brooder in the garage. Scott cares for the chickens and sells the eggs. Demand has been higher than production, so he used some of his profits to buy more birds. In a few days, I will be picking up fifty meat chicks at the feed store. We’ll butcher them this summer and fill the freezer. It’s a messy job. But if we are going to eat flesh, I don’t mind putting my hands to the task. The death of those birds will help sustain my family.

Death in the country is a constant presence. I suppose it’s not a bad thing to be reminded that most things live by the death of other things, that suffering is real, and that part of what makes us human is the capacity to shudder at suffering, seek to relieve it, and grant mercy when possible.

The Winter of our Disconchickentent: A Dispatch