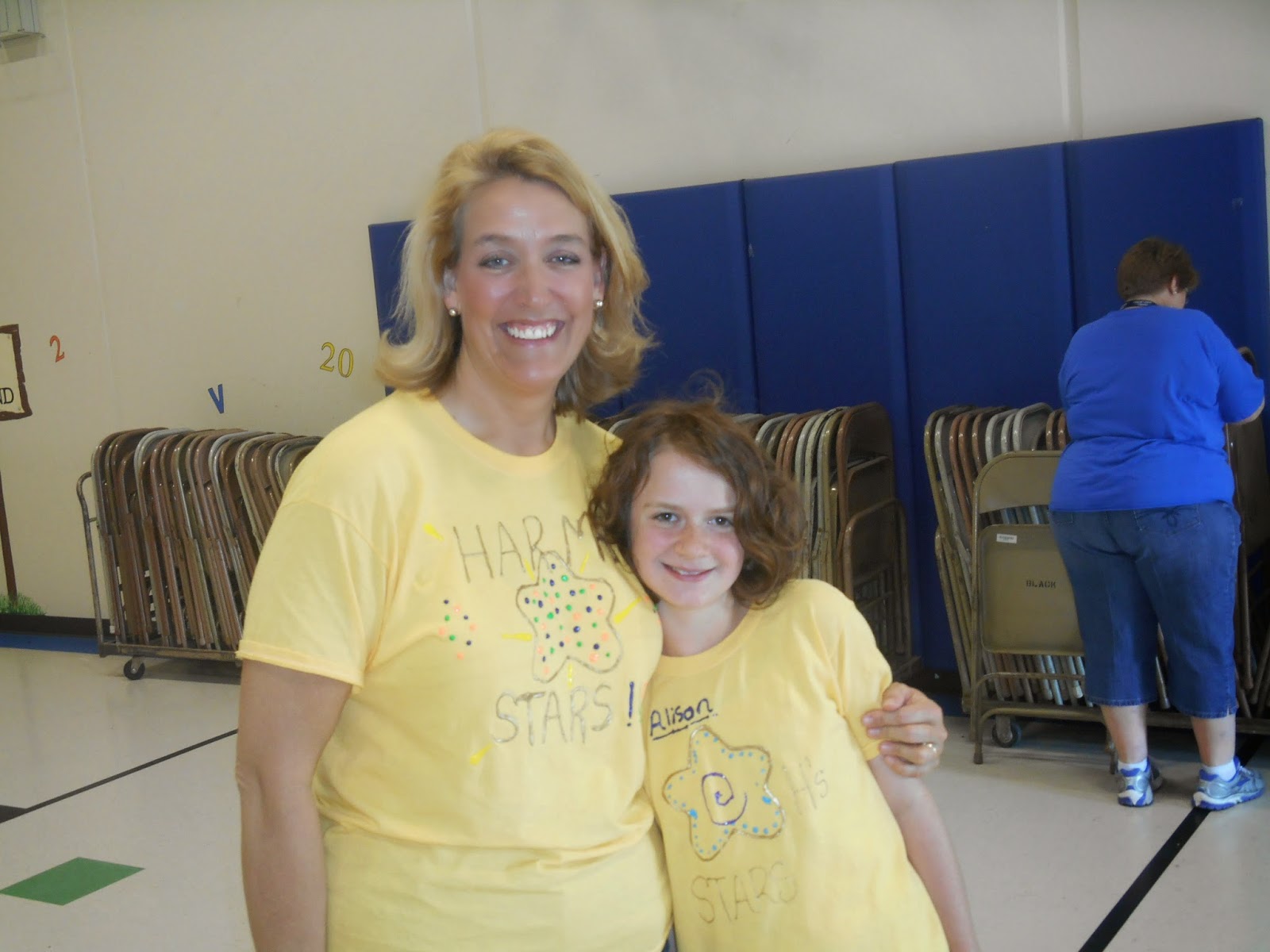 Yesterday was the final day of the school year at Peterson Elementary School, the public school which three of our four daughters have attended. It is less than a mile from our home here on the west side of Wichita, KS; we chose our house in part because we wanted our children to be able to walk or ride their bikes to school (a longstanding preoccupation of mine), which is what they’ve done for the past seven years. Lord willing and the creek don’t rise (that would be Cowskin Creek in our case–and actually it has flooded on a couple of occasions, but Peterson has remained safe), our youngest two daughters will have another three years of benefiting from being part of the Peterson Tiger family, 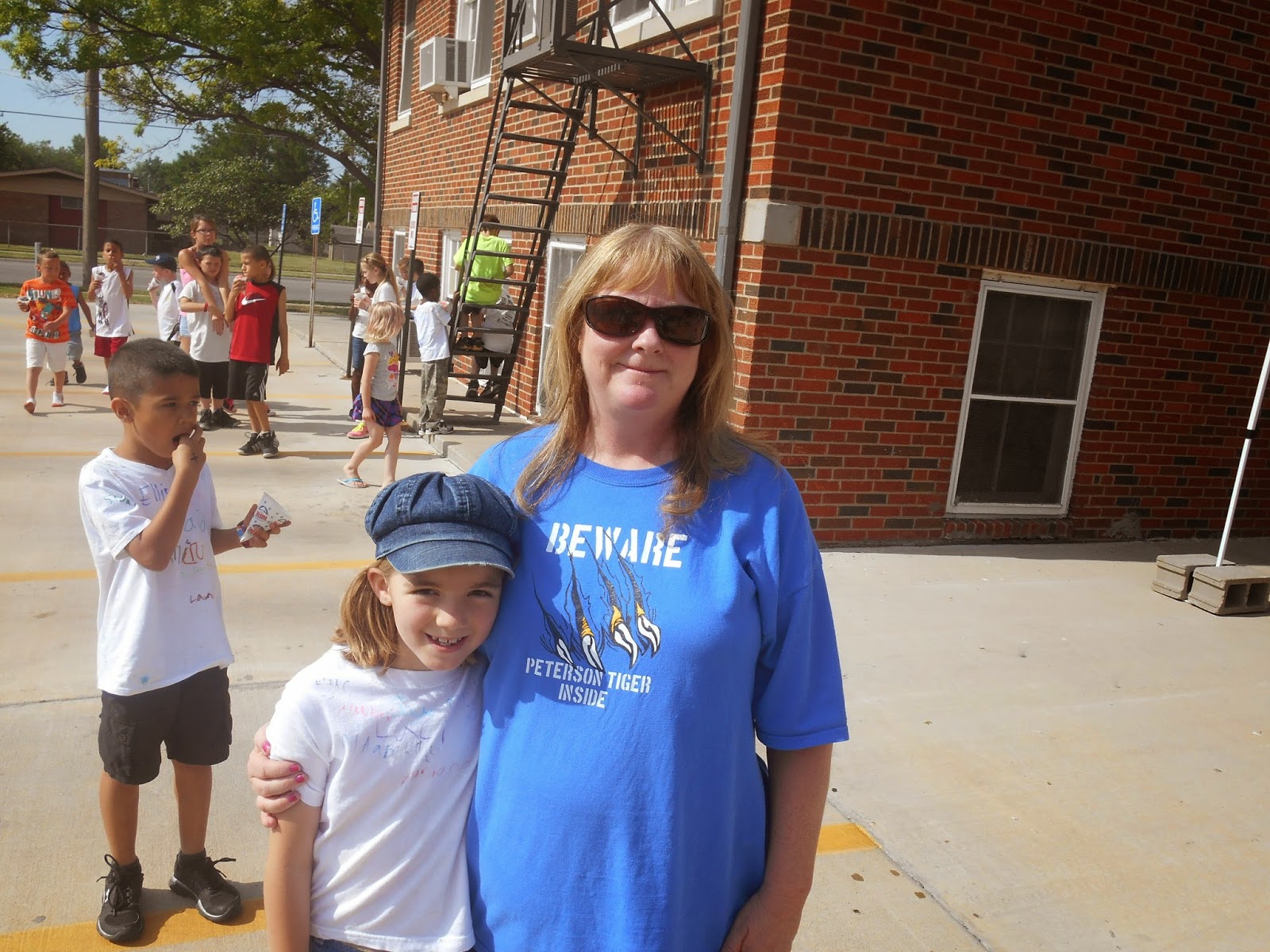 one which we’ve come to identify with to a far greater extent than either my wife or I probably ever would have guessed when we moved here. My wife, in particular, has frequently volunteered at the school, working with various teachers as well as their librarians (particular given her passion for children’s, middle-grade, and young adult literature and her employment at Wichita’s premier local independent bookstore, that was probably inevitable), but we’ve been part of parades and fund-raisers, have worked alongside many other parents and volunteers, and have gotten to know some teachers (like Mrs. Harman above on the left, or Mrs. Turner on the right) pretty well, as they have gotten to know our children–by name, by need, and by personality, despite having 20-30 other children to focus on as well, and despite having done so again and again for different patches of children for years. I spent some time at the school yesterday, talking to folks and snapping pics of my daughters as they delighted in the last-day-of-school fun, and I came away feeling impressed and happy–which, to tell the truth, is my usual feeling about the place.

It is easy, of course, to dismiss or mock or even outright attack the public schooling ideal, or even if one accepts the ideal to criticize it in practice. Seeing as how most of my brothers and sisters and their spouses have chosen to home-school their children or send them to private schools, I’m pretty familiar with their arguments: less bureaucracy, more personal attention, fewer discipline problems, higher standards, more explicit moral or religious content, etc., etc. All of those arguments hold water (often enough, anyway). But they’ve never changed my or my wife’s minds; for all my own conflicted feelings, I remain very much a defender of the democratic principle of empowering local and state governments to fund and provide a common education for all. As a citizen, I obviously have my own views about how those schools and their curricula ought to be constructed, administered, and paid for, and sometimes those views are highly critical of what I see those in charge of the sprawling, multi-level, multi-faceted, often confusing, sometimes frustrating organization that goes by the name “Wichita Public Schools” doing. But the civic and egalitarian goods that the public schools provide make it worth it to me. Well, that, and the fact that the people who have taught our children really have by and large, provided them with something valuable, something that you might even call loving. Social skills, learning to work with and make friends with others, negotiating the diversity of expectations and interests which arise during every recess (which students still have in Wichita, thank goodness!) and every shared assignment in the classroom–these are sort of things which the disciplined, fun-loving, open-minded women (and they have overwhelmingly been women) who have taught my daughters have given them, and at the heart of those lessons is not just cognitive skill, but also ethics, citizenship, even a sort of charity. Am I saying that children educated outside of the public schools couldn’t learn those things? Not at all. I’m just saying that they have gained those things from our public schools, from Peterson Elementary in particular, and that itself is an argument in defense of the public schooling ideal. 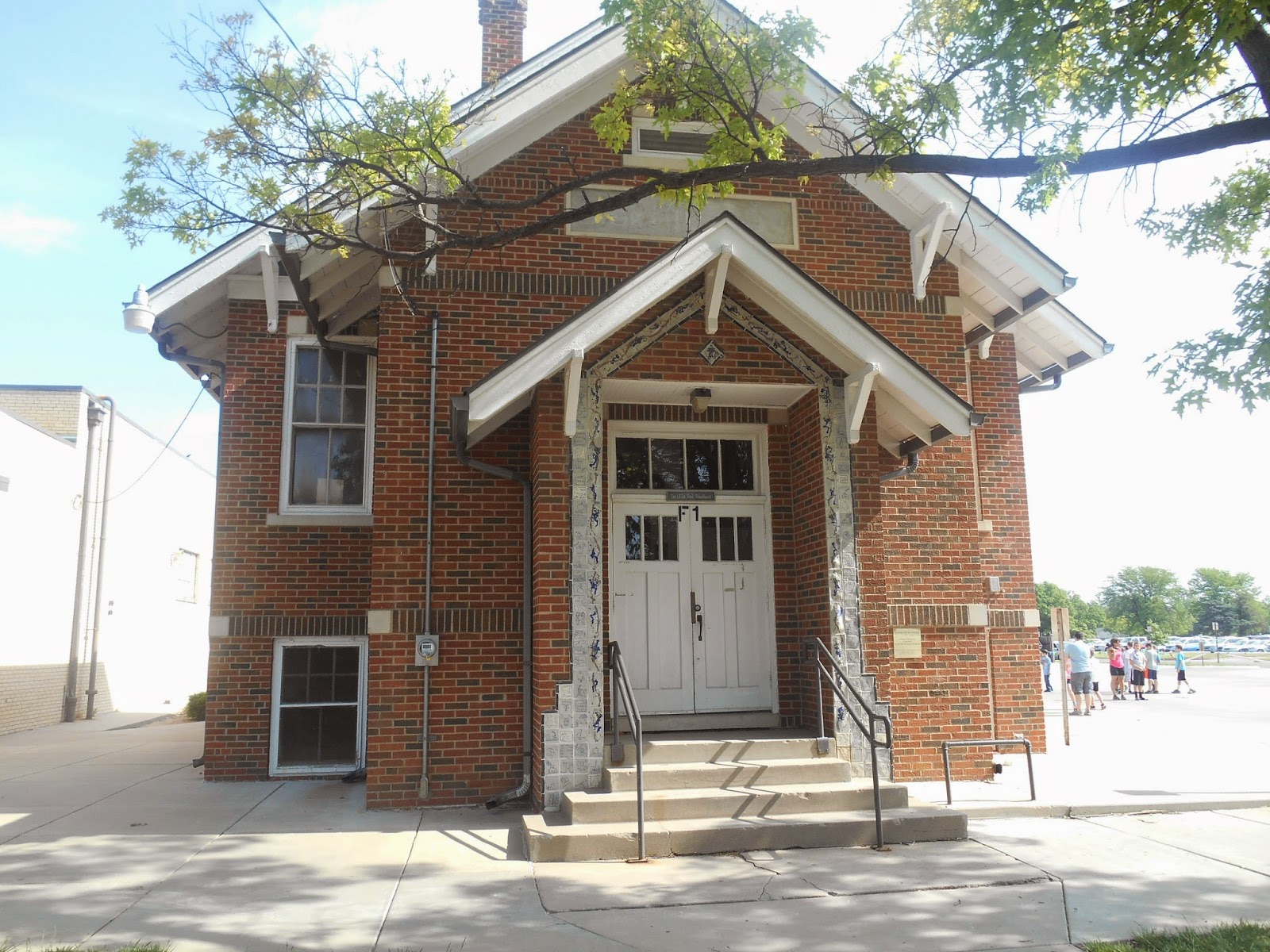 I’ve spoken of family, love, charity, locality: does that always obtain in every public school? Obviously not. (It doesn’t always obtain in every parochial or private school or home-schooling co-op or family either, as if that even needs to be said.) And it could very well be the case that, someday or somehow, our local elementary school might become so out-sourced, so under-funded, so lacking in caring and experienced teachers, so slack in its discipline, and so arbitrary and irrational in how it exercises that limited discipline, that sending our children there simply wouldn’t make any kind of moral sense. But I know that, were Peterson Elementary to get to that point, it wouldn’t simply be a result of a stingy state-government, a tax-phobic local population, unreasonable teachers associations, mind-numbing state and federal regulations, bizarre and elite-driven educational trends, and the like; it would also be a result of families like our own no longer contributing our human capital, no longer investing time and effort in a public cause that we value not merely for what it provides our own children, but also for the way it blesses and builds affective ties in this public space that we here on the west side of Wichita share. And that would be a terrible shame, because it would cut us off from a history that, even if so many of us are unaware of it, nonetheless shapes the local world we are part of. Peterson (once named Prairie Rose School) has been in this location since 1875; the 1931 building which the school used has been preserved on the school’s property (see above), goes by the nickname “The Little Red Schoolhouse,” and is still used by students and teachers for various activities today. I don’t want to lose that, I don’t want my children to lose it, and I don’t want my neighborhood to. So for the sake of an egalitarian principle, I need to be particular. Which, if you think about it, is what the best public school teachers model for us everyday: taking a particular set of children, and treating them afresh every year, passing along to them skills and knowledge and awarenesses that make them equal–in the midst of all their differences–to all those who have gone before and will come along in the future. Like any good family does.

It’s a two way street, taking the sometimes unwieldy but–I think, anyway–entirely defensible civic and social good which is the whole apparatus of public schooling, and keeping it locally grounded, culturally responsive, and respectful of the teachers and families and children who all constitute its lifeblood. I wrote once, in response to an argument over the sometimes seemingly contrary obligations that we have to our families, our faith, and our local communities:

As members of our local communities and as a citizens of a country at least nominally committed to the principle of equality (a principle we all benefit from), doing our part of keep public goods like free schooling available to all is important. And that means being engaged in the state project of making these schools work….[But at the same time] a public school that does not listen to and strive to reflect all the concerns of parents in its neighborhood, including the religious ones, is going to make it ever more likely that these parents–which could be one of the few remaining resources for holding together the larger public enterprise which that school represents in such an environment–are going to turn away, and quite legitimately and unselfishly decide that through directly tending to their family in their own homes they can serve their neighbors as well as their own children much better than they could through the schools.

After seven years of sending daughters to Peterson Elementary, watching them learn, struggle, make friends, and grow, I think we’re still pretty satisfied that we’re not at that point–that the people there don’t operate separate from the welter of social realities and needs and expectations particular to us parents and neighborhood residents that surround and support them. There’s no culture war dividing us, for all our disagreements; there’s a civil consensus which makes it easy to see that what all of us–as trained educators, as volunteering parents, as tax-paying and fund-raising citizens, and as mostly good-hearted and usually respectful children–can create by working together is greater than that which we can create on our own. Or at least, we managed, once again, to see it during the 2013-2014 school year. Here’s to giving everyone a few months off, and then trying to make that Peterson magic happen, yet again, next August.