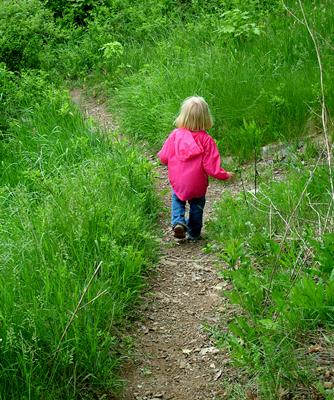 The story has exploded all over the internet : Debra Harrell, a Georgia woman, dropped her 9-year-old child off at a park–not an isolated and run-down one, but a park with playgrounds, splash fountains, and plenty of shade, one busy with other children and families–while she went to work her shift of several hours at McDonald’s. Her daughter had previously come with her to work, as other daycare options for the child weren’t available, but after their home was broken into and the laptop she’d let her daughter use while she worked was stolen, the bored daughter asked to be allowed to play at the park. Giving her daughter a cell phone to call her if there was an emergency, Harrell acquiesced to her daughter’s wish to be outside.

She did this three days in a row. Not ideal–everyone would admit to that. But still, a reasonable response to a difficult family-work situation, of which millions of Americans (especially women) are very familiar with. Except that this response led to various parents at the park contacting the authorities about this unsupervised 9-year-old, who then picked up the daughter, turned her over to social services, went to McDonald’s, interviewed Harrell, and promptly arrested her for “unlawful conduct towards a child.”

There are dozens of things you could rant about regarding this infuriating (and, for the Harrell family, tragic) news story. Family breakdown. Jobs that pay wages so low that full-time workers can’t afford daycare. Officious and overreaching stage agencies. Lousy public welfare services. But rather than any of those, what speaks to me most is this simple fact: rather than trusting in the competence of a 9-year-old, or showing interest in befriending her or assisting her mother, a bunch of strangers decided to call the cops.

We live on the west side of Wichita, in a pleasant (if old and emptying out) neighborhood along Westlink Avenue, just south of the fairly busy thoroughfare Central Avenue. We have raised four daughters here–and we have always let them roam and ride their bikes through the neighborhood, to Buffalo Park, in the mostly unused lot behind our house, to the public library five blocks away, to their elementary and middle and high schools, and through the usually empty overflow gully from the Cowskin Creek across the street from us. There have been bumps and scrapes and sprains from all this, of course–but that’s to be expected, right? They’re children, learning and exploring on their own.

Except that a year ago a policeman shows up at our front door, who proceeded to interrogate and chastize my wife–I was at work–for allowing our two youngest girls (then 9 and 7-years-old) to play with two friends of theirs (also 9 and 7) in the aforementioned gully near Central–inventing games, discovering crawdads, overturning rocks, generally being inquisitive, growing children. Some anonymous resident in our area had reported them. What if they were kidnaped? What if a car jumped the bridge over the gully on Central and crashed into them? Leaving four children to play by themselves out in the open–not in a yard, not a designated playground, but near the everyday activities of actual other people–was apparently terribly irresponsible, or so the well-meaning police officer, responding to an anonymous complaint, made clear. (It should be noted that Central goes over the gully approximately the length of a football field from our front door–hardly a great distance away.)

The most important difference between what happened to my wife and what happened to Harrell is that she was arrested, while my wife was “let off” with a warning. And there are many other differences. Her child was alone (though she had a cell phone). Her child was left at the park for a longer period (though she remained in that well-maintained public area, and was nowhere near the street). And, of course, possibly the biggest difference: Harrell and her daughter visibly belong to the African-American working class, while my wife and I and our children live in an all-but-completely white middle-class suburb.

But those differences pale beside the one overriding similarity: in both cases, the reluctance of observers to take enough interest to actually ask a question or two (much less contribute to children having their fun!) combined with a helicopter mentality which apparently assumes that any child not being watched or being constantly carted from summer camp to music lessons must, therefore, be an abandoned child, ready prey for the lunatics and criminals and hobos that supposedly lurk around every corner.

My wife and I aren’t stupid; we’ve been robbed twice while living in this neighborhood, and we know that there are always bad elements everywhere you go. But we also know that the American suburban paranoia about child-snatching is simply groundless; statistic after statistic proves that. And more importantly, we both remember being able to wander unintended around the countryside and suburbs in which we were raised as children; we both walked to school, responsible for ourselves; we both knew the innocence and danger and fun of being left alone, and we’ve always wanted that for our kids. (For past defenses of this approach, see here and here.)

What would I have done if I’d seen Harrell’s daughter playing alone, perhaps making friends or perhaps just quietly playing and making the best of her lot in life? I’d hope that I would have done what another person did, only a week after my wife got lectured to by the cop. This woman was out walking with her own kids, and she saw a couple of girls playing (she thought riskily) on the small pedestrian bridge which crosses the over-flow gully a ways down Westlink in the opposite direction from our house. She saw me in the front yard, pointed down the street, asked me in those were my children, and told me she thought what they were doing looked dangerous. I thanked her for her interest, and ran down the street to check on our two youngest, who were completely fine. (They’re adventurous but not stupid girls–a balance that, I suspect, they have developed in part because we let them play and learn on their own.)

I wasn’t bothered by the actions of that anonymous neighbor; on the contrary, I appreciated it. There’s nothing wrong–indeed, there is much which is right!–with watching out for and getting involved in one’s neighbors lives: that’s the sort of “neighborhood authority” which is necessary to building civic strength. The alternative to that is calling in the officers of the state, which too often does anything but build social ties. We need those state authorities; we absolutely do, as agents of public action in defense of basic equality and the common good. But we also need them not to overreach, and the only way that will happen is if we can set aside our baseless fears and (usually class-based) expectations long enough to show some trust in and support towards one another, especially in regards to how we are all trying to raise our kids. Someone in that park failed, whether they realized it or not, to show Harrell and her daughter that kind of trust and support, and now it is they, not the well-meaning (but probably also self-righteous) observant fellow parent, who is paying the price.

(If tl;dr hasn’t defeated you by this point, and yet you still want to disagree with me, go ahead and read Hanna Rosin’s superb and lengthy essay “The Overprotected Kid” and report back when you finally get the point.)