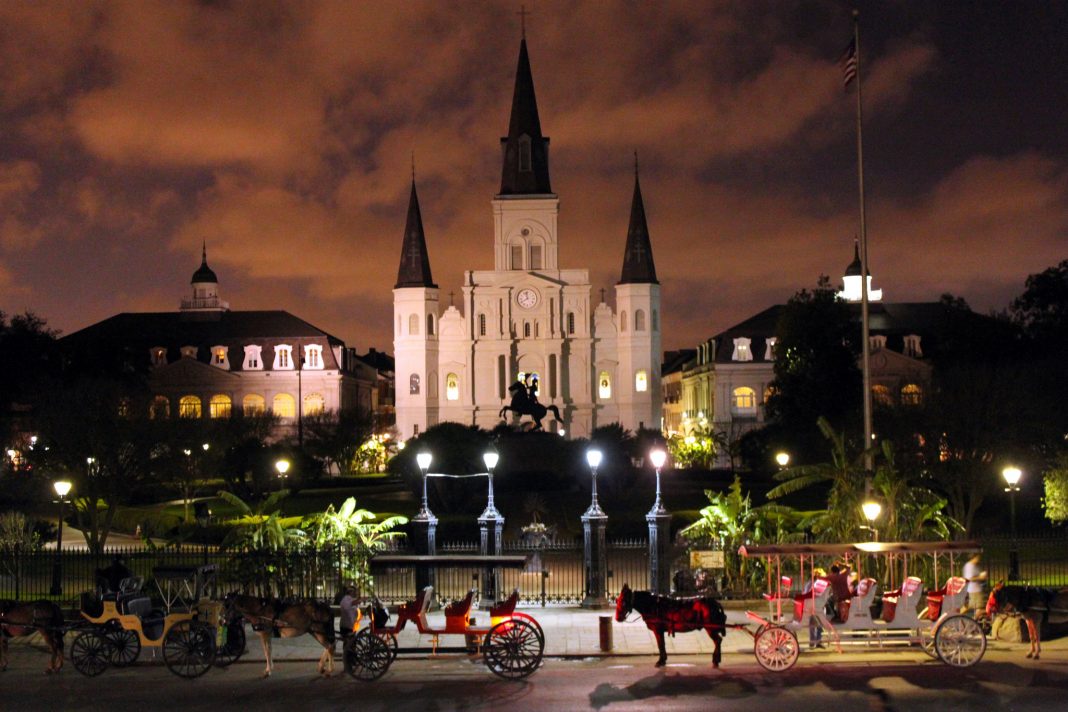 Just over a year ago John Zmirak caused a stir with his Aleteia article “Illiberal Catholicism.” In it, Zmirak excoriated a fairly broad range of Catholic academics and commentators for, among other things, failing to uphold the American brand of democracy and the promises of social, economic, and religious liberalism. Several Catholic writers, including yours truly, took umbrage with Zmirak’s remarks, though none received more attention than Patrick Deneen’s piece, “A Catholic Showdown Worth Watching,” which appeared at The American Conservative.

For Deneen, Zmirak represents just one of several Catholic positions which attempt to reconcile, if not wed, Catholicism and liberalism to the exclusion of all other political possibilities. First Things and its original sentries, including the late Fr. Richard John Neuhaus, Michael Novak, and George Weigel, remain the most visible proponents of the Catholic/liberalism fusion, sometimes referred to as neoconservative or neoliberal Catholicism (more on that in a moment). In more recent years, however, this position has come under fire from what Deneen calls “a more radical Catholicism” championed by venerable Catholic intellectuals such as Alasdair MacIntyre and David L. Schindler and less visible thinkers such as the neo-Distributist writer John Medaille and a host of emerging academic powerhouses like William T. Cavanaugh and C.C. Pecknold.

Other names, old and new, could be added to this list as well. One who has been fighting the good fight against what could be call the “First Things consensus” since its inception is Daniel Nichols, iconographer and founder of the magazine Caelum et Terra, which continues to this day as a blog. A much more recent voice on the “radical Catholic” scene is Elizabeth Stoker Bruenig, a doctoral candidate at Brown University and contributor to wide range of secular and religious publications. While these, and many other names, hardly comprise a monochromatic whole, they do represent a loosely united front that is trying to find a way out from underneath the canopy of liberalism even if some, knowingly or not, wish not to drift too far from its shade.

Before proceeding further, now would be a good time to comment on the frequent use of terms like neoconservative and neoliberal to describe the brand of socio-political Catholicism upheld by First Things and other liberally minded Catholic thinkers. While it is always possible to find exceptions, along with quibbles on the margins, neoconservatism remains primarily a foreign-policy orientation that places great faith in the exportation of democracy through various forms of intervention as the surest means of securing both American and world peace. At the domestic level, neoconservatives — Catholic and non-Catholic alike — keep faith with traditional moral positions, though they are typically more favorable toward government regulation of the economy, along with a limited array of social-welfare programs, than conservatives of a more libertarian bent.

Neoliberalism, while not without its own interventionist leanings, tends to place greater emphasis on open markets and free trade abroad to forge international peace and security while favoring deregulation, low taxes, and limited-to-no entitle programs within the domestic sphere. The Acton Institute, though not officially Catholic, represents neoliberal (if not fully libertarian) Catholicism at the economic level, whereas First Things, at least in the 1990s and 00s, is shot through with neoconservatism. The distinction between the two is not always easy to maintain and some thinkers, such as Michael Novak, support both neoliberal economics and neoconservative foreign policy.

Where the neoconservative and neoliberal camps coalesce is around the idea that American liberal democracy is good and worth defending in the light of the Catholic socio-political tradition or what is commonly known as Catholic Social Teaching (though I will not use that term here). According to the radical Catholics, however, that project is either doomed to failure or simply does not deserve to endure in the manner in which we have seen it unfold over the last several decades. One difficulty with the radical Catholic position, however, is that it’s not always clear on what should be erected in place of liberalism. Some appear to lean toward the view that liberalism doesn’t have to go; it can be “corrected.” Others doubt there is much hope for that at all, leaving them to suggest various retreat-and-endure options until the present ideological storm has abated.

Stepping out from the shadows to accompany the radical Catholic critique of liberalism is a refreshed iteration of Catholic integralism (sometimes called “integrist”) which takes its bearings from the classic Thomistic tradition and the Church’s modern social magisterium which first appeared in the anti-French Revolutionary declarations of Pope Pius VI; received forceful reaffirmation in Blessed Pius IX’s Syllabus Errorum; and was deepened through such seminal magisterial pronouncements as Leo XIII’s Rerum Novarum, St. Pius X’s Notre Charge Apostolique, and Pius XI’s Quas Primas, along with Quadragessimo Anno. This integralism, which is neither romantic nor pessimistic, asks in solidarity with the Thomistic philosopher-theologian Charles De Koninck, “When those in whose charge the common good lies do not order it explicitly to God, is society not corrupted at its very root?”

To even ask that question in the present political milieu no doubt appears scandalous to many Catholics and non-Catholics alike, which just goes to show how dominant liberal ideology remains today. And undoubtedly the use of the word “integralism” invokes inquisitorial images with fascistic overtones. But if the new Catholic integralism is fascist, then it’s a friendly fascism — one directed away from ideological bullying, obscurantism, and fear, and instead driven to recover the principles of the common good. On the practical plane, Catholic integralism remains in conformity with St. Pius X’s motto, To restore all things in Christ. It is a restoration which begins in the home, the cloister, or the parish and radiates outward into society. This integralism rejects liberalism, including Catholic neoliberalism and neoconservatism, because — to quote De Koninck again — it fails to understand that “[t]he common good, and not the person and liberty, [is] the very principle of all law, of all rights, of all justice and of all liberty[.]”

Like the radical Catholicism Deneen identifies, Catholic integralism is neither entirely homogenous nor centralized. Unlike radical Catholicism, though, the new integralists operate without much in the way of institutional support or mainstream Catholic sympathy. That is not entirely a bad state of affairs, however, since it has left this emerging integralism with the freedom to grow in clean soil without the bashfulness which sometimes accompanies career-oriented thinkers. Nothing which may assist in resurrecting the proper pillars of the social order, be it the great anti-liberal papal encyclicals of the 19th Century, or the writings of theologians wrongly castigated as “old hat,” is off the table. Neither, for that matter, are more contemporary resources.

Pater Edmund Waldstein — a Cistercian monk, PhD candidate at the University of Vienna, and unabashed monarchist — has demonstrated through numerous papers, presentations, and posts at his web-log Sancrucensis comfort with thinkers ranging from Aristotle and St. Thomas Aquinas to Slavoj Zizek and David Foster Wallace. The Josias, an online repository of articles and reflections on the common good in the light of traditional Catholic theology and magisterial pronouncements, floats freely between Scholastic explications, biting commentary, and academic-length pieces which, inter alia, explore the origins of American liberalism and attempt to resolve the acrimonious debate concerning the Second Vatican Council’s declaration on religious liberty, Dignitatis Humanae, with the pre-conciliar magisterium. More detailed recent works in the integralist tradition, such as Christopher Ferrara’s landmark Liberty: The God That Failed and John Rao’s Removing the Blindfold, display the importance of historical research clarifying both the ills of liberalism and the remedial steps which must be taken going forward.

Supporting the new integralists’ efforts is a vast treasure chest of oft-neglected resources which appeared over the last century. In the economic realm there are the classic writings of first-wave Distributists such as Hilaire Belloc, G.K. Chesterton, and Fr. Vince McNabb, along with the Solidarist writings of the Jesuit theologian and economist Fr. Heinrich Pesch. Fr. Edward Cahill’s The Framework of a Christian State provides a manual of Catholic social principles while Jean Ousset’s Action furnishes a plan to put those principles into practice. Even some more recent writings by committed Catholics who may not fully endorse the integralist orientation, such as the social and economic writings of Thomas Storck and the theological work on natura pura offered by the likes of Lawrence Feingold and Steven Long, are being placed in the service of the new Catholic integralism’s desire for a deeply Catholic spiritual, intellectual, and social restoration.

Together, radical and integralist Catholics provide a counterweight to the specious union of Catholicism and liberalism which has reigned supreme for decades. By calling “illiberal Catholics” to the carpet a year ago, John Zmirak fortuitously emboldened both orientations to make clear that liberal ideology no longer had an exclusive seat at the discussion table. Although significant differences exist between radical and integralist Catholics on a number of important theological and philosophical points, they are not enemies. As the struggle to drain the poison of liberalism from American Catholicism’s veins continues, certainly some of these differences will appear. Eventually they will have to be addressed. That fraught enterprise, thankfully, can wait.

Gabriel S. Sanchez is an attorney and independent researcher living in Grand Rapids, Michigan. His writings include a comprehensive critical-treatise on international aviation law for Cambridge University Press, commentary on Michigan society and politics for The Bridge magazine, along with contributions to Catholic publications such as The Angelus, The Remnant, Ethikia Politika, and Crisis. Sanchez also maintains a blog, Opus Publicum, and is cofounder and contributor to The Josias.