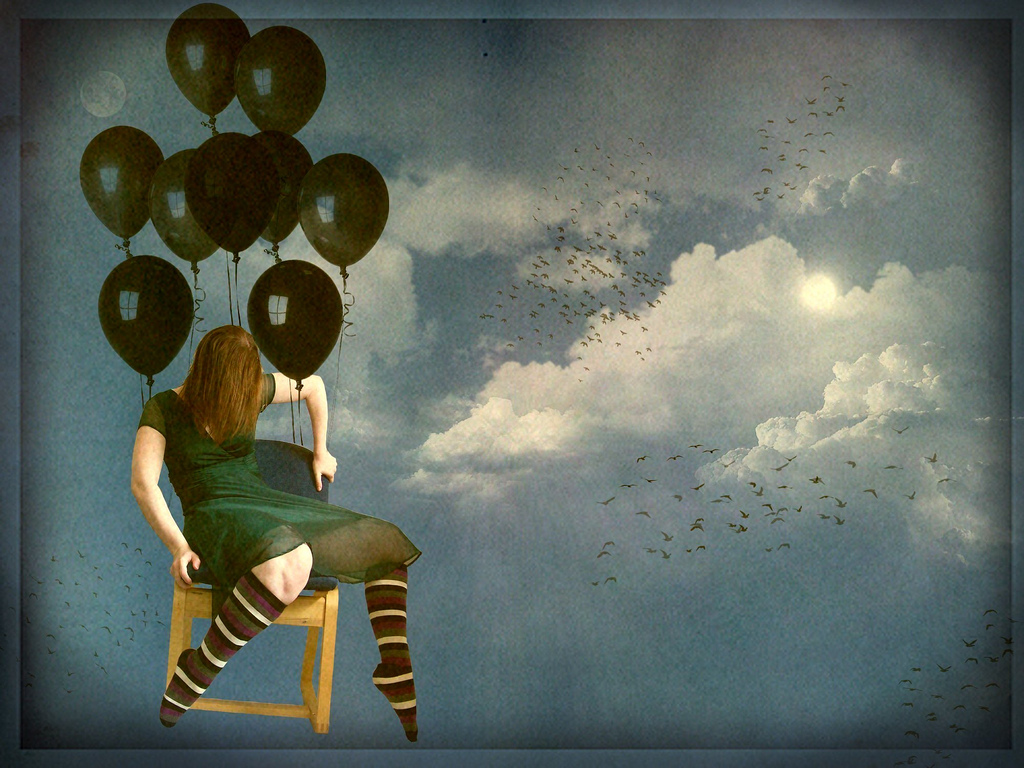 The path out of childhood often feels like one of the moving walkways you see in airports; there is a single direction you are being pushed in, and you are flanked by barriers on either side to keep your from deviating. Most of childhood is spent half-sleepwalking, half-rebelling against this life-directional conveyor belt. Especially by the time we arrive at high school, our final highly structured day jail, most of us cannot wait to cross the finish line and be deemed “adults.”

Yet a life spent on a single clear path leaves most of us ill-prepared for the vagaries of adult responsibilities and adult freedom — least of all for the freedom without responsibility that is the 18-year-old student’s experience of college. Having grown used to seeing the path in front of us, we now find life an endless fog of possibilities, most of which we aren’t experienced or imaginative enough to even realize are available to us. Freedom from the conveyor belt, more often than not, is so terrifying that we begin desperately to seek out replacements.

The last time the people of this fine house invited me onto their front porch, I spoke of telescopic morality, a myopia born of an unhealthy relationship to the modern informational environment. I called it “a form of tunnel vision”, but it isn’t the only one, nor is information the only thing we are capable of forming unhealthy and self-destructive relationships with. Our work — that is, how we happen to make our living — is an enormous part of most of our lives and tunnel vision in that setting is all too common. We’ve all seen it happen; perhaps it has even happened to you. One or two days working late to polish off some specific things suddenly becomes your regular routine. You start to believe that it has to be this way to keep your job, but from the outside it does not appear that way to your coworkers. And what’s really going on is revealed when you switch jobs and engage in exactly the same behavior.

It’s tunnel vision. Instead of focusing on far away injustice — instead of telescopic morality, in other words — you’re focusing on one hammer with which to hit every conceivable nail that comes up on the job; more hours of work. Both involve a blindness to the wide world outside of that focus, including things very close to us. And the treatment for both must begin by looking away. Turn off your laptop, put down your phone. Take a vacation, if necessary. The answer is not going to be found either on Tumblr or at the office.

But why do people find it so easy to slip into this sort of tunnel vision?

The drama of adulthood is set against a backdrop of fundamental uncertainty. Especially in societies that were nurtured on the bloody foundation of modern pluralism, we are largely left to our own devices, with very little to institutionally structure our lives and our priorities. So we grasp for concreteness where we can find it in the fog, and when we find even a little of it, we hold on for dear life. The belief that we are supposed to have a job, that we are supposed to work, is near-universal in a country like the United States. Because it is so broadly held, because it’s one thing that we know is expected of us and that we expect of ourselves, many throw themselves into it and define themselves thereby. “What do you do?” becomes substitute for “what kind of person are you?”

Things aren’t entirely unstructured; there’s a vague outline that most people are encouraged to follow from cradle to grave. It starts with schooling, then a career, then marriage, then a family, then grandchildren, and then death. But that outline is pretty broad — and there are plenty of moral frameworks and narratives widely available which reject several parts of the outline without offering much in return. The universe of possible particularities is almost as vast as the number of atoms in the actual physical universe. What’s an aspiring moral adult to do?

The worst thing that we can do is seek certainty that is cheap and easy. Karl Popper rightly saw the flight from ambiguity and uncertainty as the central motivation behind seeking to close an open society. Less politically, it helps explain why James Frey would feel the need to fabricate a life of debauchery before turning his life around, and our modern fascination with stories of redemption more generally. The central contrivance of these stories is that once you have experienced true wickedness — once you have hit rock bottom — you can finally obtain moral clarity. In other words, to know true sin is to understand the need for salvation.

I have nothing but respect for the reformed addict who stays on the wagon, and anyone else who has picked themselves up and made something of themselves after falling into moral error for longer or shorter periods of their lives. But I do not think it is healthy to seek certainty by hitting rock bottom. It is much better to strive to get it right the first time, or at least get in the ballpark.

This is no easy task, but we are not entirely without guidance. The first step, the crucial one for breaking the tunnel vision, is to step back and ask yourself a few hard questions about your life as a whole. As Julia Annas puts it:

“We all think in retrospect about actions we have done and feelings we have had. For me to think about my life as a whole requires something further — I have to step back to some extent from my immediate present and projects, and think about my past and future. How have I come to have the projects I now have, and the attitudes I now have to those projects, and to many other things and people? To think about my life as a whole is to ask how I have become the person I now am, how past plans, successes and failures have produced the person who now has the present projects and attitudes that I have. And it is also to think about the future. How do I see my present plans continuing? Am I happy to go on living much as I have done, or do I hope, and perhaps intend, to change my commitments and attitudes?”

What’s needed is prudence, and not merely in its modern sense, but in the old sense of wisdom in practical matters. We often aren’t really willing to have an honest conversation with ourselves or others about what our options are. In a modern, affluent society, most of us have many more options than we think worthy of consideration. But if we really are drowning in our work out of fear of losing our job, several other possibilities come to mind: move to a much cheaper town and work a less prestigious job than you think you should. Or take a job that requires travel and has a definite end date; like a tour with the Peace Corps. Or, less radically, consider that there may be jobs within your industry that don’t pay as well but may be less demanding, and leave you more time for yourself and your loved ones. Simply considering the more radical possibilities can be a liberating experience, even if you opt for a more conservative route.

The resources for beginning to answer these questions are all around us. At the top are the people in our lives who we admire — observing how they live, but also talking openly with them about our worries and our questions, is the beginning of wisdom. There are other resources, of course — stories, especially those that have stood the test of time. History and especially the biographies of morally admirable people. Even self-help and business books, much maligned, can be useful. Sturgeon’s law applies of course, but genres which include deep investigations of the role of generosity or willpower are surely not morally or intellectually bankrupt. And for some, philosophy may be of use as well — that is the particular treatment that Annas is a proponent of, for instance.

The goal in all of this is not to find complete certainty, especially not the cheap and easy certainty of the dogmatist, which is just another form of cowardice. Instead it is “to impose a theme on the muddle of sensations, on the random dislocated moments that add up to a life.” The now overused saying that “good artists copy, great artists steal” applies here — just as the great artist is not original yet somehow manages to make his work his own, the moral adult seeks to make his life his own, even if there is nothing particularly original about it. He seeks to have just enough certainty to have faith in his footing, without the utter certainty that is only available by means of self-delusion.

Step off the conveyor belt for a spell. Stop focusing quite so hard; let the peripheries of your vision fill in. Ask yourself how you got here, and where you should from here. Begin to take the steps, however tentative, towards making your life your own.

Free Yourself from the Telescopic Morality Machine