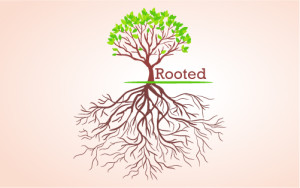 I am grudgingly accepting that you don’t choose the place; the place chooses you.

I’ve moved around a lot during my time on the planet, first as luggage, then as the guy with the luggage. But I’ve been sitting on the same spot for the last ten years or so. The spot is in the Connecticut River valley, the rusted heart of industrial New England. The mills are largely gone; the gun makers are leaving, and if we ever beat our spears into pruning hooks the folks who work for Electric Boat will be out of work. But I won’t be leaving any time soon. I’ve set down some roots.

I’m a minister, and we all know what Wendell Berry thinks of people in my vocation. We’re careerists, careening from church to church. We just don’t care enough about the places we’re called to. I suppose he’s right, to a degree. But it begs the question.  Yes, many of us blindly take our cues from mega-church pastors a thousand miles away, but the ladies in our churches often take their cues from a pastor who’s been dead for thirty years. And when a congregation turns on you, your best hope is to get out of Dodge as fast as you can. This can discourage the putting down of roots.

What does it mean to put down roots anyway? Does it mean buying a house? Shopping at farmers’ markets?   Scolding yourself when you feel the urge to run?

After thinking about it a while I’ve concluded it means what the metaphor implies: it means drawing nourishment from the place where you’re planted.

I’m not talking about drawing something from the atmosphere of a place. Vernacular charm and history may inspire, but neither of them will feed you (unless you can package them and sell them like they do on Cape Cod or in Vermont). What keeps you somewhere is productive property, the sort that can’t be moved. Wendell Berry has a farm. He cultivates it, draws his living from it, and serves as steward for the next generation.

We can’t all get back to the farm, though–not soon, anyway. But there are other farms, other ways rooted property can be held.

Rooted property is nonfungible. And the knowledge needed to work it is tied to it. Small businesses usually work that way. Your reputation for minding the store takes years to build. Pastors know that a local businessman is worth three corporate executives. While the guy in the corner office may line the offering plate with dough, his knowledge of a community is generally close to nil. And he could be transferred to Minneapolis in the blink of an eye. I’ve seen it: there he is; now he’s gone.

There is a risk to staying put. We should acknowledge it. That seems odd—what could be more conservative than putting down roots? But it is wildly speculative. The risk goes by the name: “opportunity cost.”  By staying put you limit yourself to what the land can yield, to what this particular place can yield. And if you’ve made Detroit your home, well, its fate is yours as well.

Local churches are a little like farms and small businesses in this way. They’re not property—at least not my property. How my church fares will largely determine how I fare. While Connecticut isn’t Detroit, I do see young people leaving, and old folks too. It’s a hard place to start out in and a hard place to finish in as well.  It is expensive to live here; it’s even more expensive to die here. Still, we’re holding our own, even growing some. But it is a tough row to hoe.

I wonder a bit about the future of my church too. Someday she may be better served by a younger man. What then? Where will I go? I’ve seen old preachers kill their churches by using them as life support.

My church isn’t the only thing that keeps me here. There’s family too, my wife’s family. We moved here between pastorates a decade ago in part because we wanted our kids to be around grandparents, aunts, uncles, and cousins. It was a good move. Then I received the call to be the pastor of the church I currently serve. There was another reason we moved here though: investment real estate. I had collected some properties in this area on the side over the years.

When I was just starting out my wife and I went to visit a saintly pastor and wife whowere getting along in years. They lived in a trailer. Their good cheer and hospitality spoke to their royal status in heaven amid their humble surroundings on earth. But I was ashamed—ashamed of the church for forgetting them. I’ve known others like them, elderly ministers living in trailers. Often they were the best men, not ladder-climbers or namedroppers, just simple preachers who visited widows in their distress and went to fetch wayward orphans from the street. These were men I think even Wendell Berry would respect. But it was in the car during the ride home that I decided I would not become one of them. If possible, I would be both saintly and propertied. I don’t know if I’ve managed saintly—I’ve been told my faith is pretty earthy—but I’ve managed to become propertied. Maybe I’ve made some kind of trade, I don’t know. But I knew that day that, while I could trust the Lord to meet my needs, I could not trust the church. (Not that I think there is anything to learn from mainline Protestants and their cushy retirement plans—they’ve shown that even when the church does more she somehow manages to do less.)

That sounds terribly Protestant, I know. I suffer from the cautious love for the church that typifies my brand of Christianity. So I began investing in real estate in the early 1990s. I’ve done all right. Now I’m a freeholder. I even own enough to be considered a yeoman. I could have been a voter in colonial New England. It has afforded me a rare measure of independence for a preacher. I’ve not met another pastor who has done what I’ve done. But it has cost me something. I’m not free to get up and chase the herd. I’m rooted in the Connecticut River valley.

Commercial corporations have their own form of itinerancy. In the church the itinerancy was there from the start. The Son of Man had no place to lay his head, and Paul was a tentmaker—the perfect trade for a man on the road. Apostles didn’t set down roots. There was always another village on the other side of the hill that needed the gospel. (Blessed be their feet!) But the apostles enjoyed a dependence upon the Lord. Their rootlessness distracts us from the roots that stuck straight up into the air. Corporation men are not rooted in the soil of a particular place either, but neither do their roots reach up to heaven. Their roots dig into corporations that float in the contested space between heaven and earth, where the Prince of the Power of the Air dwells.

Every formula for freedom I’ve come across contains some form of dependency, usually hidden, like some secret ingredient. The Apostles enjoyed the freedom to be itinerate because they depended on bread from heaven; corporation men are unencumbered by local loyalties because they live like tiny corpuscles in national and transnational bodies. But the yeomanry: family farmers, small business owners, and people like me depend directly on a particular place for a living. As those places fare, so do we.

But we enjoy another form of freedom. We’re more self-reliant because we depend on things close at hand, things that grant us more agency than the rootless are granted. Sure, our local communities can’t separate themselves from the world entirely, as Berry’s fiction so beautifully laments, but I’ll take the risks that come with my place over the phony freedom of the corporation man. He’s tied to the earth too. The body he lives in is a giant Mickey Mouse in the Macy’s Thanksgiving Day Parade. It’s tethered to the ground with strings too thin to be seen on television. But eventually everything that begins on earth falls back down to earth and dies. There is great freedom in accepting this. I suppose I will die where I am planted.