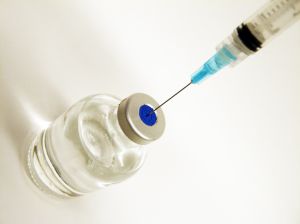 Amsterdam, Netherlands. Keats was twenty-five. Shelley was twenty-nine. Emily Brontë made it all the way to thirty. That old man, Lord Byron, was thirty-six when he finally kicked the can. The English have probably the most famous string of young deaths in literature. You just could not keep a Romantic writer alive well into his thirties. Not to be outdone by her former colonial rulers, America has the twenty-seven-ers—rock-and-rollers, each of whom died at that age: Jimmy Hendrix, Janis Joplin, Jim Morrison, Kurt Cobain. Vincent van Gogh is Holland’s great contribution to this gaggle. And let us not forget Alexander the Great (thirty-three), Catullus (thirty) and Marlowe (twenty-nine).

Whenever I read about someone who is dead I always count the years between the brackets. If the sum is less than sixty-five, I feel sorry for him and lament the lost potential. Literary hagiographers ask rhetorical questions like, “What if Keats had lived forty more years?” by which they mean: “If only he had lived on, imagine what he would have done . . .” In truth, he probably would have gone through his ups and downs, soiled his reputation, offended a minor duke, and died of syphilis exiled in Paris. We know him, in part, because he did not have time really to screw up, and he died before he became old hat. This is the story of many famous young deaths, especially in the modern age: a bright flame extinguished, but not before singeing the collective memory.

Nevertheless, there is so much talk about the advantages of long life nowadays that all we can do is pity these “tragic” young deaths. Obsession with longevity is no longer merely an existential anxiety; lifespan has even become a key measure of the health of nations. We are concerned with it collectively. And since quantity of life is what we value, death is the enemy. Thus, there is no such thing as a good death at any age, much less in youth.

“I don’t want to live forever through my work; I want to live forever by not dying,” said Woody Allen on behalf of us all. He will not live forever (nor will his somewhat notable work). But he will live a lot longer than he should, and probably so long that life becomes unbearably heavy for him and those around him. (The fact that he is a lamentable human being will not help him on this front.)

We humans are not so good at living our short lives, yet we late moderns want to live forever by not dying. This is the best solution we have come up with for the problem of finite life. It involves the same type of reasoning which makes us believe that having infinite energy will solve the energy problems of a race that cannot even use limited energy well. While the wish for deathless life is a deplorable form of hubris, it would also be terribly boring. For most of us life is already so boring that to escape it we shroud ourselves perpetually in music and the banality of flashing screens. One wonders why death is not more welcomed as a novel and interesting experience—as X-treme dying, perhaps.

But we hate death almost as much as we hate its friend aging, and we particularly hate young death. Why? What did Keats or Shelly or even Jim Morrison lose? The advantages of a long life, we suppose. However, we could look at this the other way round. Imagine Oedipus had died at age twenty-one in a glorious battle. Long life is not always a friend. If Oedipus lived today, and died young, the only thing he would miss is the experience of becoming a pensioner. He would never see retirement.

How can we object to a good short life? Brief, virtuous lives are enviable. Transient, vicious lives are the problem. We should lament young deaths only if their lives were miserable for themselves and those around them (as many of them are). And we should not become so risk averse in our quest for longevity that we forget those risky things which make a long life worth remembering. Few nowadays understand the joys of smoking or soldiering—and why most soldiers smoke (or used to). We are very bad at appreciating impermanent, dangerous things. We (and especially Europeans) cling so firmly to our futures that we do not even invest in speculative markets well. Conversely, and for the same reasons, we are very good at taxing—especially taxing “sinful,” life-shortening things—for the sake of economic security.

Everything mentioned above—lamenting young death, praising long life, avoiding risk, etc.—is related loosely to the loss of one theological doctrine: heaven. Hell has also been lost, or forgotten. But losing hell as a place of punishment for bad deeds on earth did not change much. Humans continued to make “little hells” on earth, especially during the twentieth century. And fear of punishment has remained a beneficial aspect of human psychology. On the other hand, the existential burden of losing heaven has not yet been accounted for. If this life is all I have, if the pleasures are only bodily, if death is the end, then I owe it to myself to live as long as possible. I am obligated to be healthy, careful, bourgeois, sensible. And I must vote so that others can do the same—I must make them live. I must protect their right to a long life, because this is literally all there is. With no heaven awaiting us, we must stay here indefinitely.

In the modern health system, life can be extended beyond one’s capacity to live. The listlessness of modern death—especially for men—is that you might not even get a chance to show courage before you forget who you are. For most of your life you were more worried about health than virtue, more worried about longevity than living well, and here you are old, alive, and vicious—without one damn good yarn to spin. As with the alternate Oedipus, a young death after or while doing some great deed would have been preferable.

Let us be comforted by the fact that we will someday die. Despite our risk avoidance, life may still be short, and even extend beyond the grave. It must, therefore, be well lived.

Jonathan David Price is a writer living and working in Amsterdam. A frequent contributor to Dutch and European media, he is also the Editor-in-Chief of the Clarion Review (www.clarionreview.com)

Pancakes with My Father