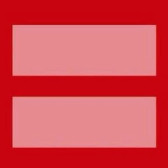 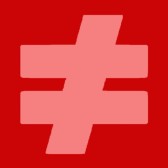 Some time ago a number of my Facebook friends, some who even claimed to be practicing Catholics, changed their profile pictures on Facebook (equivalent to an avatar) to a mathematical equal sign. This was intended to show “solidarity” with those who were campaigning for sodomitic marriage. Of course there is a humor in the slacktivism that confines itself to ice-bucket challenges and changing a profile photo. But that aside, it accomplished its purpose. Conversations began, friendships ended, and the purportedly Christian reaction arrived in the form of a not-equal sign.

Confusion ensued. And why? Because in the rush to be relevant, Christians have missed the point that when we simply appropriate and repurpose the signs and slogans of the secular, we almost always miss the mark. Should you doubt it, drive past your local protestant building with the marquee sign out front featuring such gems as “No Jesus, No Peace, Know Jesus, Know Peace,” or perhaps the nadir of such attempts in the “got Jesus” billboards you can still find driving through flyover America, even though the Dairy Council has long since moved on to milk mustaches.

The unequal sign is clumsy at its best. Does it indicate that we consider practicing homosexuals who want marriage “privileges” to be “unequal” as human beings? Or just that they should be discriminated against? Both would seem reasonable conclusions for the neutral bystander. And yet in trying to keep up in the twitter slipstream of our hashtagged #popculture and thus show our own cultural bona fides, we fail not just to reach our audience and to start a meaningful and thoughtful discussion, but ironically only further alienate those people and their would-be allies and defenders.

The question of homosexuality has been with us as a people (in the biblical sense) since almost the beginning. It is a mystery and is never a conversation that can be reduced to one sentence or one catchphrase, much less reduced to a single mathematical symbol.

I received quite a bit of feedback for my piece on why I didn’t march in Paris a few weeks ago, and among that feedback was a request for me to be part of the Je suis Charlie Martel brigade. 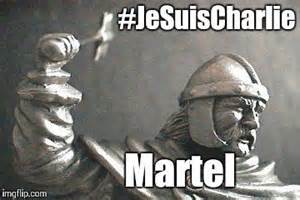 I love Charles Martel. The Hammer of the Franks justly deserves to be better known by his descendants, who frankly, don’t know too much about their own history pre-1789, and not even that much after that. But what would “Je suis Charlie Martel” accomplish, other than create the same confusion that the unequal sign did?

Charles Martel drove back the Muslims when Christendom was still united and knew what the stakes were. Today, Christendom is in ruins and Belloc’s axiom of the intertwined reality of Europe and the Faith is true in the repudiation: Europe is not the Faith and the Faith is not Europe. And the Muslims no longer have to bother to invade. They live here and are card-carrying citizens of the masonic and laicized Republique that governs once-Catholic France.

“Je suis Charlie Martel?” Sure, for the nostalgic, tone-deaf, and delusional. Thinking Christians must do better — and we have to begin by creating our own messaging, not simply re-purposing the me-too messaging of those who, whether they acknowledge it or not, hate everything we stand for.

Stephen Heiner makes his home in the bustling 2nd arrondissement of Paris, France. When he’s not showing tourists around or writing, he travels around Europe admiring the ruins of Christendom and breathing in the incense of centuries. You can read some of his writing at www.theamericaninparis.com.

If Cooking Slowly and Growing Organically are In, Why Is Rural...