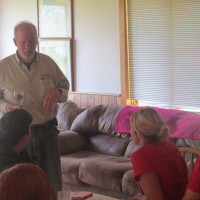 A few weeks ago I was able to, once again, do something that I enjoy doing immensely–take a group of students out on a local food tour, so they can learn firsthand about more sustainable approaches to building well-fed, healthy communities. Our hosts were the Elder family, and from them–or at least a portion of them: mother Becky, father Philip, son George, and daughter Alexis, to be specific–we were taught about the seasonal economics of blackberries, about some of the latest technological innovations in organic vegetable gardening, about the necessity of horses, about the political importance of small farms, and much more. Through it all, though, as we inquired about different types of lettuce, did some comparison tasting of goat’s milk, and helped rescue a 4-month-old colt who’d gotten herself trapped under a fence, I kept thinking about something entirely different: Rod Dreher’s “Benedict Option.”

Amongst certain localist and conservative bloggers, Rod’s arguments about the importance (sometimes he presents it as the necessity) of those who hold to traditional understandings of the Christian message to find ways to organize themselves separate from the usual–and what was at least for a long time nominally Christian–forms of civic and commercial and church life in America have sparked a great deal of debate in recent months. What would be involved in such separation, and what’s the reason for it, and how will we know it when (or if) we ever see it? Rod, to his credit, hasn’t presented himself as possessing any comprehensive answers to those questions–but it is pretty clear that his ideas are tending in a direction that Ken Myers described in an old lecture (which Rod extensively quoted from) as “moral and metaphysical.” Or, to put in a slightly lengthier format, Rod seems to be coming around to seeing the argument for communities to root themselves in traditions and practices that keep them at least somewhat separate from the secular, commercial world as eschewing any kind of aspiration to a material permanence. As he wrote in response to Bruce Frohnen, who thoughtfully challenged Rod for relying, in his view, too much a kind of agrarian sentimentality, “I realize now that the best we can hope for in the world of America 2015 is to settle among people who love us, and whom we can love, and where we can worship God and do good work.” Which is a beautiful vision, to be sure! But I wonder if in putting it that way, the argument for separateness is being undermined, however slightly. 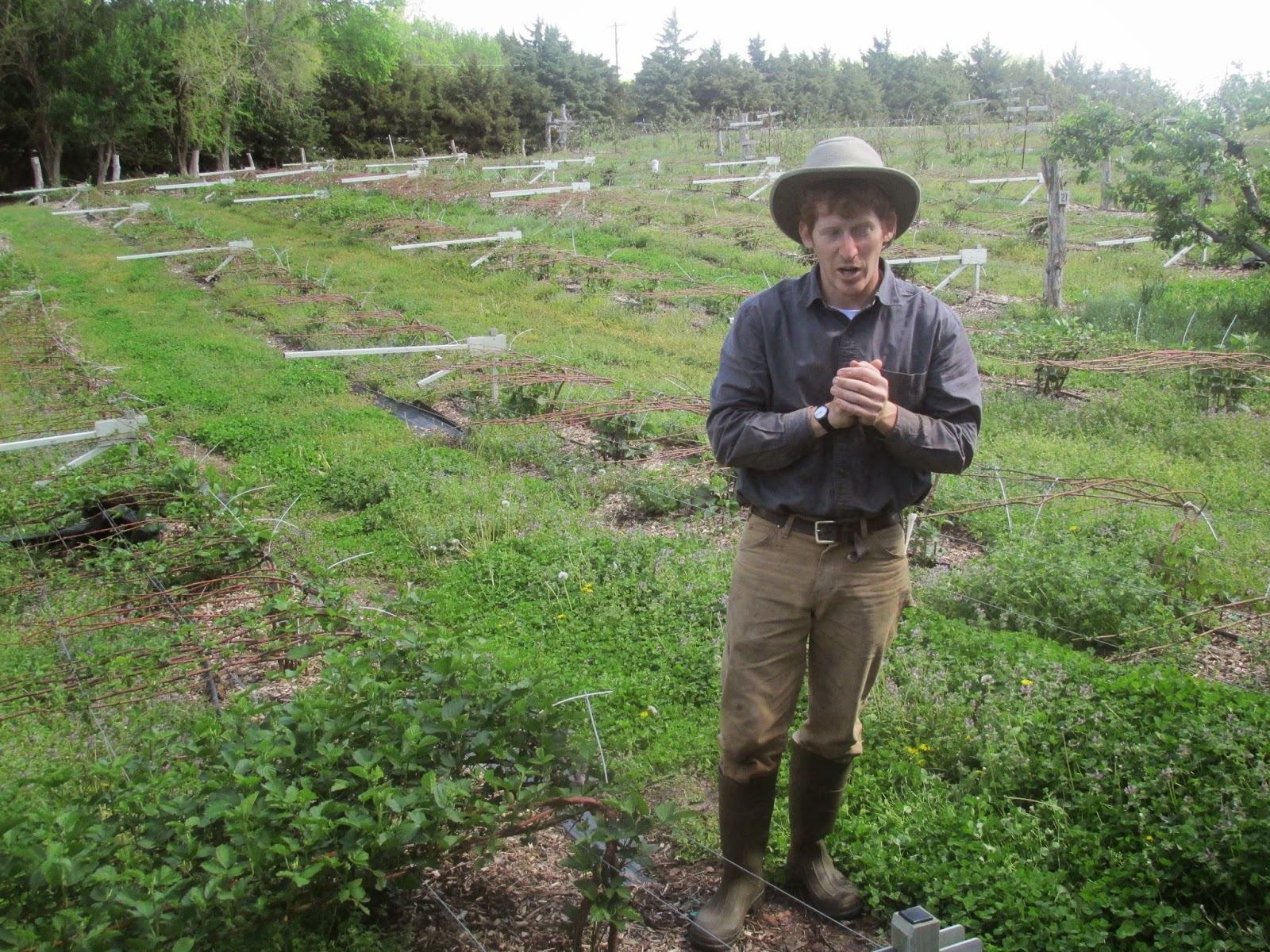 Rod has visited the Elder’s homestead–dubbed “Elderslie”–with me before. When he was here last year, Becky (who has been greatly impressed with Rod’s work on behalf of explaining the importance of being rooted in one’s place) showed off what she and her family have managed to build over the decades–farming properties, an independent school, a small milling business, a shared congregation, a sustainable network of local commercial producers of fruit, flowers, and more–and exclaimed “This is the Benedict Option!” I’ve no doubt he would still agree. But Elderslie is not centrally a congregational endeavor; their church life is a big part of what they have built, but the Elders and those who work with them and teach with them see themselves as attached to a much larger classical intellectual tradition, one that is clearly Christian but which is also just as clearly aimed at responding to matters of physical and environmental health, economic and educational independence, and fulfilling, socially contributing work. It is, in short, an act of resistance to that individualism which has, I would agree, warped our economic and environmental and social existence. To describe that kind of separateness as something which is motivated primarily by a congregational desire (to worship among like-minded folk, and preserve the attachments which make such worship meaningful!) would be reductive, I think. 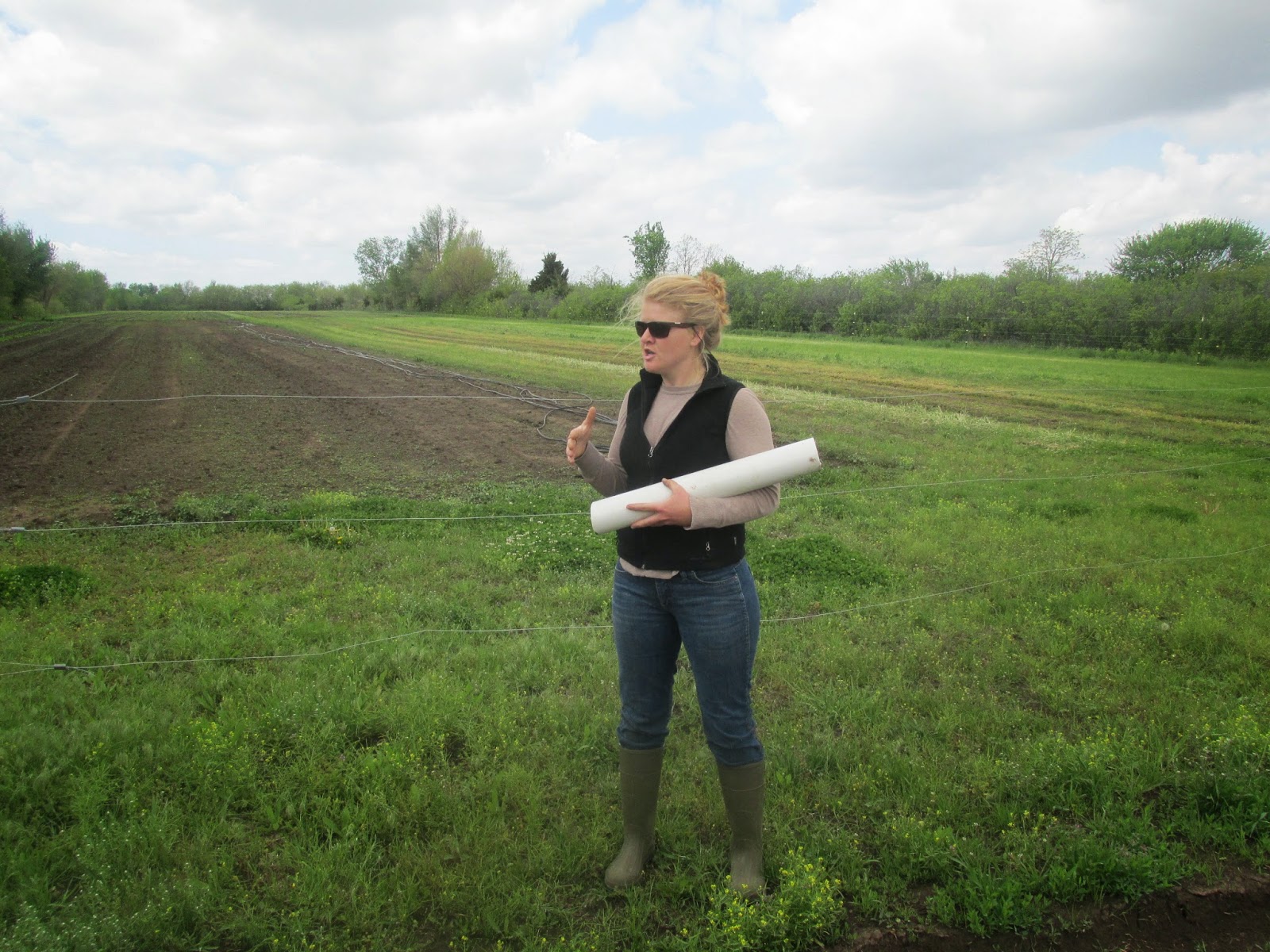 Alan Jacobs refers to the Benedict Option as putting its priority on Christian “culture-making” and enabling those concerned about the values of the Christian tradition to be “fully shaped….by the Christian account of things.” Again, for people like myself who care about tradition, that’s a vital and inspiring point. But is thinking hard about how to build and preserve the roots of–and the socio-economic and legal space for–a culture mostly a (as Rod sometimes seems to suggest) liturgical phenomenon? Perhaps you could argue that Elderslie and other family and community operations like it really are “liturgical” in some sense, because their direct engagement in the practices that keep them going really do result in a kind of discipline and ritual to their lives. If so, then I suspect that the Benedict Option which has struck me as a needful way of helping to shape how we think about community in the 21st century will only grow more convincing in my mind. But if not–if Rod’s Benedict Option really is, essentially, about protecting the “church of Jesus Christ,” as Alan put it–then I think, at least right now, that it’s allowing current arguments about religious liberty to narrow its focus too much (though Rod is, clearly, still thinking about this stuff, writing recently that “the Benedict Option is far more a response to pervasive consumerism, individualism, and atomism than anything to do with gay rights,” which I think puts things right). 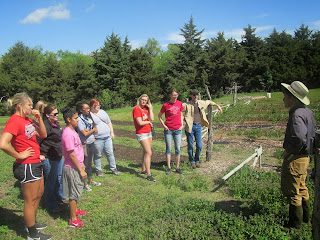 Rod has insisted, in response to Frohnen, that he’s not an agrarian–and of course, that’s true. But Frohnen has a point, I think–whether or not Rod’s thinking about the Benedict Option currently points him this directly, I suspect (and I have written before) that it is very difficult to get to the kind lasting, sustainable separateness which he thinks (and I at least partly agree) is needed if those traditions supportive Christian virtues are to be fully lived and inculcated into one’s children without at least some kind of anti-capitalist, agrarian mentality. Becky Elder took the time to preach to my students for a short time about Andrew Lytle, one of the Southern Agrarians, and his important essay “The Small Farm Secures the State”–one of the essential 20th-century Jeffersonian declarations against an economy based on distant specialization, monopolistic centralization, and all things big. If we don’t, in our innumerable and diverse ways, seek to enable our families and communities and co-ops to become more capable of feeding themselves, then a pattern of dependency inevitably follows. Honestly, just how far could any church group go in building for itself a genuinely separate cultural track if the individuals who make up that group ultimately, fundamentally, have no real independence in their livelihood, in making the money to put food in their own and their children’s mouths? Will liturgy suffice if your boss changes your shift to Sunday, religious liberty be damned? Will a strong pastor be enough to provide an education which reflects Christian priorities when all the families in the congregation are too busy to volunteer to help out in classes, because food costs and health care costs and mortgages require every family send both spouse out into the work force full-time? 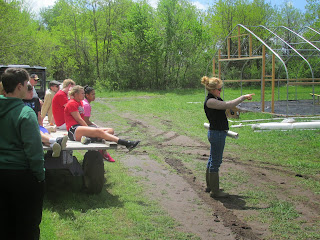 I don’t throw these out as gotcha questions, suggesting that there is something essential and obvious being overlooked here. On the contrary, smart conservatives and localists and radicals have looked exhaustively into these questions, struggling to find ways to respond to them as part of their pursuit of, or defense of, an at least partially Christian culture. The answers have ran the gamut, touching on all manner of technological, economic, ecclesiastical, and political constructs. Mediating institutions of various scales all potentially play a role in allowing this aim to be achieved, as are any number of different sorts of progressive compromises. (For the Elders, it’s striking how sophisticated they’ve become in judging the ability of various markets to support their agricultural or material products so as to give them the resources they need, recognizing that there are some things that can be done very well organically–and profitably–here in south-central Kansas, and quickly seeking out alternative approaches, even international or high-end technological ones, when that isn’t the case.) To the extent the Benedict Option is yet another engagement with these questions, perhaps one more particular to a time when traditional Christian cultural assumptions are fading away, it’s a necessary addition to the communitarian and localist toolkit. But to rush past all this vital, practical, material work, and cast the Benedict Option as an imperative act of moral or metaphysical sanctuary in the face of the collapse of Christianity itself…that, I think, just misses the trees for the forest, if you know what I mean. (I should note that it’s possible I can speak this way, wanting to push the particular and local mechanics rather than clutching at the biggest themes, because I simply don’t see the “collapse of Christianity” happening at all, not one bit. Yes, strong protections of religious liberty and certain tax and legal privileges enjoyed by Christian institutions have been, I think, of tremendous civic benefit in American history, and deserve to be fought for–but it’s not like their loss in a more secular America would equal some kind of Christian Armageddon, unless one happens to believe, as I presume the Francophile Rod does not, that France with its laïcité is a formally oppressive and persecuting anti-Christian society. As in many things, I agree with Damon Linker here.)

If it’s not obvious, I need to say explicitly: this is a disagreement over how one formulates priorities, not about the end goal. So I’ll continue to read Rod, because he’s one of the best and most important public voices dealing with these matters. Who knows what he–or I–will decide as time and arguments continue? Perhaps he’ll come to recognize what I see as the foremost need to explore specific and sustainable material and economic arrangements as part of following lead of St. Benedict, or perhaps I’ll come to agree with him that, ultimately, building up liturgical defenses of various metaphysical truths is only separateness that really, fundamentally matters. Or maybe we’ll both change our minds somewhat. It’s not as though any of the long lines of discussion and social organization which have kept alive humane concerns with community and culture-building in the midst of modern, secular liberalism–and here we can think of the Catholic Worker movement, Amish congregations, classically-oriented independent schools, and many more–have ever come to an end, saying that they’ve worked out the One True Way to attend to permanent things. And of course, in the midst of all this intellectual debate, folks like the Elders keep on experimenting and working, building their own Benedictine path. I’m grateful that they’re around so that I can learn from them, and share with those I teach their ideas….and, last but not least, enjoy the delicious material bounties that they produce as well.