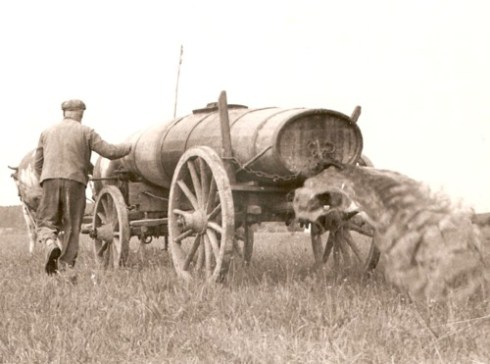 Some call this the silly-season when news about presidential candidates is still being invented. Between jokes about Donald Trump’s comb-over and Joe Biden’s borrowed speeches, the pundits are scrambling to decide for us, even before the candidates have spoken, what they will say and what their campaign themes will be. Observations that sound like facts zoom through the media circuit, confirmed, if at all, by persons who remain anonymous because they are not authorized to speak. And we, pawns that we are, listen because we don’t want to be out of the loop just in case the breaking news is important.

Muddled in with the weariness of ongoing election politics is the phenomenon of public speakers repeating lines constructed for them by campaign advisors and speech writers.  As if politics were not corrupting enough, because it has always been despite idealized views of the noble polis, we now have media making news for us. And candidates terrorized by media try to get out a catchy line now and again hoping that reporters will take the bait and broadcast it. If it is only one line that gets reported, it has to be a good one.  Absolutely intentional. Nothing spontaneous.

It’s not hard to tell constructed lines. As an accommodation to the limited intelligence of voters they must be easy to remember: a few words in a catchy cadence.  They stand out because they do not sound like the way ordinary people speak. They are slogans designed for chanting at demonstrations or printing on bumper stickers.  If these lines are repeated often enough in speeches and echoed often enough in media accounts, candidates begin to believe themselves. And if they don’t believe themselves, at least they hope voters will believe them. This is the silly season.

It reminds me of a story I used to hear when I was young. It was told by what in those days was called “an old codger.” He was not very political, but he was very observant. And best of all he was a good storyteller. He had a nose for deceit, and was not taken in by pretense.  His stories about “the old country” had the common sense of someone who had grown up in a village where the truth about everybody was already known. In his world there was not much use for lies. There was more use for forgiveness.  Sometimes on just the right occasion he brought out the story of Mijne for the kids. At other times he put his elbows up on the bar and repeated it again for the other old guys.

Driving the honey wagon was Mijne’s unenviable job. That was in the days before the porta potty and tanker trucks equipped with suction systems. In their village poor Mijne steered his horse-drawn cart from house to house where he emptied the outhouses and then drove to the edge of town where he spread the contents on the fields. In addition to his high tolerance for the “ick factor” Mijne’s most remarkable characteristic was that he liked to chat.

While going from house to house to empty the privies Mijne sometimes also picked up bits of news to distribute along the way. One might say that he was a gossip, but he was not a malicious gossip. Seeing him coming was bad news enough; so he tried to compensate by being the bearer of good news. He liked to report who had a baby, whose dog had pups, or whose cow had calved during the night. Or he would gladly spread the word about whose relatives were visiting and who had just purchased a new ice box.

The neighbors were not disinterested in the tidbits of neighborhood gossip that Mijne collected. But despite this most people who saw him coming crossed the street. Housewives stayed away from the windows when Mijne entered their yard so that he would think they were not home. Men going about town doing their own work would dodge into the hardware for things they didn’t need when they saw Mijne coming in their direction. There was just something unappealing about chatting with Mijne on the porch or pausing to visit with him on the sidewalk. Seeing his cart rumble down the street and out to the fields was odious enough.

Mijne was not a quitter. The more his neighbors ignored him, the harder he tried to come up with good news. He honed his sense for what would hook attention. That is how it happened one day that Mijne was going through town reporting that the baker had baked too much bread and that he would be selling two for the price of one until the day’s batch was gone.  At first some thought that this was another of Mijne’s “fish stories.”

As the morning wore on some began to wonder if this time Mijne might have picked up some real news. Afterall the woman from the end of the street who always was slow about getting her errands done was off to get bread earlier than usual this morning. Another neighbor who usually did her other errands first was seen going directly to the baker.  So one by one the neighbors joined the trickle of customers going to the bakery until it became a stream of customers crowding the street as if it were the last shopping day before a holiday. And, although a little off to the side, there was Mijne too also hurrying off to get his own free loaf.

So the silly season is nothing new. Maybe the stories are more sensational now. The sources of them more sophisticated. The stakes higher. The crowds repeating them larger and the news cycles spinning them faster. I just wish that in the end I did not have to vote on them.