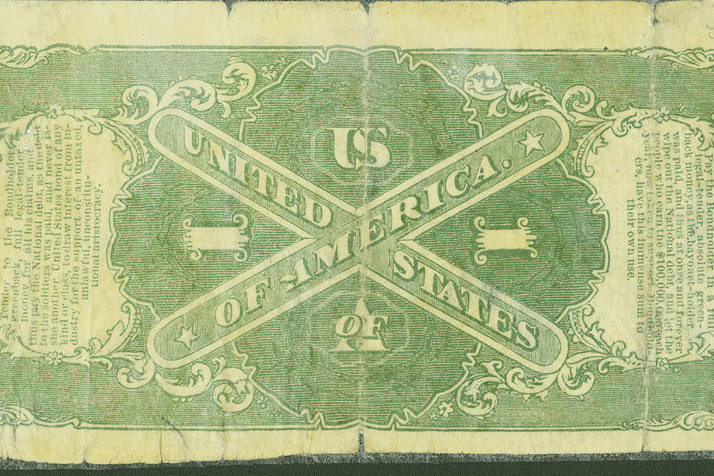 Having read several books on American history recently, including Colin Woodard’s book American Nations, itself based partly on David Hackett Fischer’s four-nation thesis in Albion’s Seed and sociologist William Graham Sumner’s thesis on American Folkways, there are several particularly interesting directions which open themselves up for discussion. Woodard’s treatment of American history as a series of ethno-national conflicts within and beneath the governments on the American continent is intriguing and in some ways highly appealing, particularly for those of us who value culture and those institutions which lie outside and under our current corporate-consumerist climate and partisan politics. Some of us may even want to nod along understandingly at Woodard’s invocation of “deep-seated preferences and attitudes.” At the same time, though, Woodard has an interest in tying his thesis directly into an analysis of American politics that never really quite translates, and as a result masks several blind spots.

The analysis of the nations themselves is easy enough to understand, and even defensible enough; the characterisations are compelling and in large part intuitive to the American imagination, even if, perhaps, a few of the particulars may be quibbled over. But part of the problem is that there are political currents on the governmental level which need to be explained in terms other than the ones he gives. Woodard expresses in the most vehement and polemical terms his hostility to the idea, for example, that there is anything in her Loyalist history which distinguishes Canadian from American society – and holds up instead the idea that Canadian society is better explained by a different configuration of dominant cultural-national strands (those of Midland America, New France and Yankeedom) than the coalitional confrontation that prevails in her southern neighbour (between Yankeedom and the Deep South). It’s a just-so story: the fact that it ‘just so’ happens to mesh perfectly with his thesis seems, well, a trifle suspect.

Woodard still has to confront that Canada does have a Loyalist history, and that that history still has some pull over the Canadian imagination, though that pull has been declining over the past thirty-five years or so. There is an ideal of peace, order and good government in Canada which is in some ways profoundly conservative, yet which opens itself up to considerations of social embeddedness and common good that have largely been the stock-and-trade of the political left. There has been, in short, a red Tory political option in Canada which gets relatively short shrift here. If we imagine, as Woodard does, that the ideological priorities of modern progressivism can be explained by a national-cultural alliance led by Yankeedom, and that those of modern movement conservatism are the result of an alliance led by the Deep South – what then explains this historical strand in Canadian politics?

Woodard states explicitly that the Loyalist emigration (mostly from the Midlands and from New Netherland) was motivated primarily by economic and political necessity, as well as by a British policy incentive of cheap land in Upper Canada to new settlers. Furthermore, he argues that the Loyalists lacked cultural cohesion – which seems to be something of a contradiction. One of the distinguishing marks of Midland culture is its pluralism, after all. Another tack he takes is the division between ‘true’ and ‘late’ Loyalists: this also doesn’t really hold up under scrutiny unless one subscribes to the myth that all the ‘true’ Loyalists were wealthy, since it seems the mark of the ‘late’ Loyalist was his poverty. The explanation of a Canadian national consciousness is never made particularly clear, and the answer to that question is begged. Is the red Tory option a natural cultural outgrowth, a political expression of Midland preferences and ideals? Is it something imposed from above, a kind of alien ideological conformity imprinted by the British Crown and an elite eager to retain its transatlantic ties? Or is it something else entirely?

Allow me to disclose some of my personal biases here. Reading Woodard’s book, I could not help but identify keenly with the postulated Midland culture. My cultural priorities have been shaped by the peace church tradition. I was brought up in a Mennonite church, alongside children of Midland expats from Goshen. Additionally, my paternal family tree partakes heavily of Quaker and immigrant radicalism. It would be personally gratifying, in a ‘nationalistic’ sense, to think that the Midland identity is robust enough to support its own, ‘third-option’ political programme. And I think there is some support for that idea. But the proposition of a ‘third option’ arising from the Midland folkway can’t be simply assumed for vanity’s sake, or for the sake of proving (or disproving) a thesis of cultural distinctiveness that undercuts national borders. This is how Woodard describes the Midlands:

Arguably the most “American” of the nations… founded by English Quakers, who welcomed people of many nations and creeds to their utopian colonies on the shores of Delaware Bay. Pluralistic and organized around the middle class, the Midlands spawned the culture of Middle America and the Heartland, where ethnic and ideological purity have never been a priority, government has been seen as an unwelcome intrusion, and political opinion has been moderate, even apathetic.

There are elements of this that might explain some aspects of the red Tory ideal. The suspicion of ideology has always been a hallmark of the high Toryism from which many red Tory thinkers and statesmen from Sir John A. MacDonald onward have drunk deep. And the sympathy with which some red Tories have embraced non-Marxist ‘left’ economic theories like distributism and social credit might indicate a certain affinity with the communitarian utopianism of the English Quakers. And one might even argue that the red Tory affinity for government presence in the national life has been relatively selective, though the markedly unenthusiastic response of Ron Dart to the use of the term ‘red Toryism’ by Phillip Blond would indicate that Canadian conservatives have historically been more amenable to government interventions in economic life than even their British conservative counterparts have been, let alone their American ones.

The Loyalist option was drummed out of existence in the Thirteen through force of arms, being displaced by the ideologies of Hamilton, Jefferson and (later) Jackson. But it is possible that some remnants, some fragments and echoes of the Loyalist idea have been carried within the Quaker and German immigrant culture that spread out in a narrow band to the west until it reached the Great Plains. The radical movement which encompassed the Greenback Party, the Farmers’ Alliance and the People’s Party, though by no means monarchical in any way, shape or form, still nevertheless carried about it more than a little of the old high-Tory moralism. It stood firmly on the idea that government should not be run for the benefit of the mercantile interests of the Northeast nor for the benefit of the plantation owners of the Southeast. Neither were they particularly bedazzled by the rugged individualist mythos of Andrew Jackson preferred in his native Appalachia, being attracted instead to cooperative self-help. They represented a true ‘third option’ in American politics.

The Greenback Party grew in the wake of the Civil War out of the theories put forward by New York City dry-goods merchant Edward Kellogg in his book Labour and Other Capital, and in various other venues under the anagrammatic pseudonym Godek Gardwell. But interestingly enough, enthusiasm for his monetary ideas was most ardent in places like Indiana, Ohio and Pennsylvania – exactly along the narrow belt which Woodard points to as the Western passage of expansion of the Midland ‘nation’. So much so, in fact, that using greenbacks – the paper currency that had been issued by the government, rather than by a private bank, during the Civil War – to forgive farmers’ debts to the banks, came to be called the ‘Ohio idea.’ The Greenback Party itself was founded in Indianapolis, and to an intriguing extent, it represented the old Loyalist alliance between New York City businessmen and Midland farmers. The two most visible proponents of Greenback theories in the 1870’s were native New York inventor Peter Cooper (no relation to yours truly) and congressman Samuel F. Cary of Cincinnati, Ohio.

After the Greenback Party collapsed in the 1880’s, Kellogg’s monetary ideas hopscotched into the nascent Farmers’ Alliance, which was busily making inroads amongst poor farmers of the Appalachian interior, who were then fleeing into Texas from permanent debt-servitude to the furnishing merchants of the coastal Deep South. Once again latching onto ideas of self-help through farmers’ and consumers’ cooperatives, they met with limited success – largely because vanishingly few commercial banks (North or South) would lend to them, seeing more profit in siding with the furnishing merchants. They began to understand that their livelihoods and their self-determination stood or fell on national economic and monetary policies which would discipline usurers large and small – and so the ideas of Kellogg and the veteran greenbackers of New York City, Pennsylvania, Ohio and Indiana began to spread westward.

But Alliance Populism – though it took root solidly amongst poor whites and poor blacks both in the Deep South and throughout Appalachia toward the end of the 1880’s – retained a firm base of support in the West. The states which most reliably supported local Alliances, which sent itinerant lecturers into the Deep South to organise, and which stood by the comprehensive Omaha Platform of 1892 even as the People’s Party’s own statesmen were busy selling them out to the Democrats for short-term electoral gain, were North Dakota, Kansas and northern Texas – all of which are very notably represented in Woodard’s geographical description of the Midlands.

This strand of American history rather stands witness against Woodard’s description of the Midlands as quiescent, ‘moderate, even apathetic,’ and the holder of the key ‘swing vote,’ as though it could not be home to independent political ideas of its own! On the contrary, both the Quaker folkway and the achtundvierziger immigrants newly-transplanted from revolutionary central Europe gave articulation to a political tradition that was radical, populist and amenable neither to bland financial-corporate Yankee liberalism, nor to crassly avaricious oligarchical Deep Southern rapine. It certainly did not acquiesce quietly to the demands of the ‘progressive society.’ It is no accident at all, and certainly no surprise, that thinkers of a certain radical Tory persuasion in Britain – thinkers like G. K. Chesterton, A. J. Penty, A. R. Orage and Major C. H. Douglas – picked up on some of these ideas, and some of this anti-usury activism, that had gestated in the formerly-Loyalist regions of America. Naturally, they drew them up in specifically British forms. Further, it is no accident that half a generation later, on the plains frontier of the Canadian West, the ideas of Major Douglas would give rise to a relatively-successful social-credit movement. Domestically, in the state of Nebraska, the populist idea would find a full-throated advocate in the critical student of Marx and Freud, and brilliant historian, Christopher Lasch.

The utopian, radical Quaker potentials of Middle American society have unfortunately undergone something of a dormancy in recent years, just as the red Tory ideal has to our north. If at least part of Woodard’s thesis is correct, though, and American folkways are still present even under a homogenising globally-minded consumerism, then perhaps there is reason to hope that we haven’t yet heard the last of Midwestern populism.