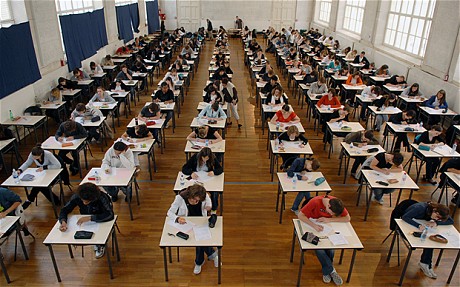 One of the recent movements in American education has been to make schools student-centered, whether from Montessori pre-schools to institutions of higher education: the values of independence, freedom, and self-discovery. The origins of this movement can be traced back to the eighteenth century with the writings of Jean-Jacques Rousseau who emphasizes the distinctive nature of a child’s mind and that it should develop naturally. This belief, the child’s own experiences should be central to his or her learning, also is shared by John Dewey, the most influential theorist on American education. Although Dewey, as a Hegelian, disagrees with certain aspects of Rousseau’s pedagogy, he places the student’s experiences at the forefront of learning as does Rousseau.

Rousseau starts with the premise that human beings are naturally good with society as a corrupting influence upon them. Since children are closest to our innate natural goodness, they should be educated through their own experiences, having the freedom to learn to do for themselves, for true happiness resides in their desires. However, this freedom experienced by the child is really a form of manipulation of its environment by the teacher: the context of the experiences and the lesson to be drawn already has been carefully arranged. Thus, the child is not told what to do or think but is led to draw its own conclusions as a result of its explorations.

The first stage of a child’s education, from birth to the age of twelve, is to avoid conveying the idea that humans relations are one of domination and subordination by allowing the child maximum freedom. From the age of twelve, the child acquires the knowledge of abstract skills and concepts through practical experience and begins to take an interest in how others regard him or her. The great concern during this period is that excessive self-love may result. The teacher therefore must ensure that the student’s relations with others are first mediated through compassion and gratitude so that his or her self-love is established on a non-competitive foundation. The final period of education is the finding of a spouse who can be a source of non-competitive recognition and instruction into the political philosophy of Rousseau’s social contract.

The aim of Rousseau’s education is to make the child into a responsible, democratic citizen whose self-love is derived from moral considerations rather than competitive ones. Although we may dispute Rousseau’s premise of natural goodness and question some of his pedagogical practices, we can agree with his aims of cultivating responsible, democratic citizens whose self-love is morally rather than competitively based. How one accomplishes this, particularly how to cultivate a sense of self-worth not based on grades, resumes, and awards, is a challenge for the multiversity. But by making the student rather than the administrator or professor at the center of its enterprise, the multiversity would rely less on standardized assessments and be open to qualitative evaluations of the student as both a learner and a human being. Grades and other such benchmarks are required to evaluate students as learners but the multiversity also should include other ways to consider the well-being of the student as a person.

Although Dewey differs from Rousseau about schools’ relationships to society, he does share Rousseau’s preoccupation of making the student at the center of the learning process. For Dewey, the student must be able to show how content relates to his or her prior experiences, thereby deepening the connection with this new knowledge. Content is required but it must take into account the interests and experiences of the student. However, content is not necessarily the acquisition of a pre-determined set of skills but rather assisting students to realize their full potential so that they can contribute to a democratic society, for the ultimate purpose of schools is to be instruments of social change and reform.

But there is one lingering concern in both Rousseau’s and Dewey’s educational philosophies: the subordination of education to serve the state. For both Rousseau and Dewey, the citizen should be moulded to suit democratic government. Although we, who live in a democratic society, might not have issue with this aim, we might wonder whether this should be one of the goals of the multiversity: to cultivate democratic citizenship and, when needed, to be instruments of social change and reform? Of course, such an objective immediately raises the questions, “whose change and whose reform?” For instance, are forms of political correctness imposed on the multiversity a form of positive social change or nothing more than acceptable and tolerated political propaganda? And who benefits from such an imposition: administrators, faculty members, interest groups, the state?

An alternative perspective of education is to make a good human being, even if such an education were to run contrary to the requirements of the state. One thinks of Socrates as an exemplar of this view. Aristotle also explores this tension that exists between the requirements of the good citizen and the demands of a good person, but Rousseau and Dewey do not. For them, the state is the ultimate end for any educational endeavor. Thus, the multiversity must ask itself which path should it follows: one that stands apart and in tension with state or one that fully supports it. And if it is the latter, one wonders whether the student, who is at the centerpiece of Rousseau’s and Dewey’s pedagogical theories, merely becomes swallowed up by the state to become a good citizen with the good person spitted out.