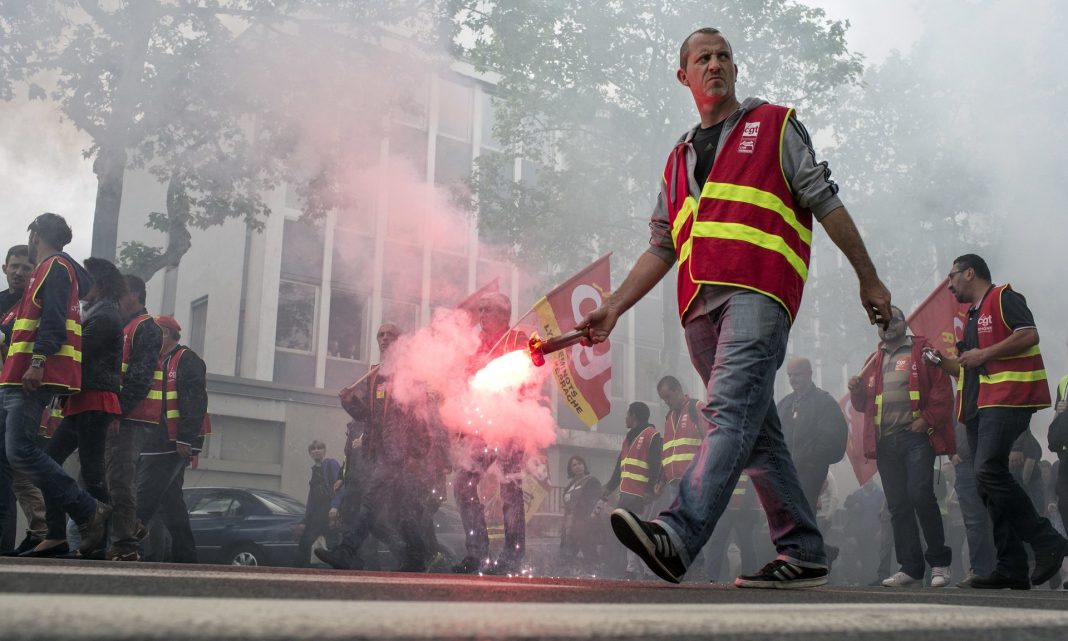 I’ve been out of Paris for a week now, and apart from a brief stop there on my way to London to watch the Brexit vote unfold, I will be out of my adopted home for another week still.  I continue to be bemused that such a generally kind and often generous populace is acting out in the most vicious and selfish of ways – and the current strikes are perhaps a visible sign of a silent sickness that has plagued France for some time.

Now, I want to make it clear – I understand and respect that strikes are a way – sometimes the only way – for workers to maintain their rights.  It is a step that should be taken only after all other means have been exhausted.  And given the context of the last four weeks, the timing of the strikes are such that any reasonable French person should say that really, this is too much.

To start, we had some of the worst rains in France (and across Europe) for many decades.  Crops and animals have been destroyed, people have died, and people were only just beginning to get outside again.  The weather might have no effect on the French who have cushy union jobs, but the travel industry, which depends on fair weather and a well-running city, was hit pretty hard.  And when some of us were finally able to take our guests outside last week, we were confronted with massive piles of trash in the streets, as the trash men were on strike.  Indeed, the Mayor of Paris had to call in a service from out of town to pick up the trash as she continued her negotiations with the garbagemen.  Add that to the Air France pilots striking some time after the air traffic controllers had their own strike, which was then followed by a metro strike, and you have a conspiracy to make life for visitors and ordinary people in France miserable.  Those of us who live here, or those in town for the football tournament, will simply deal with the inconveniences.  But other visitors, who couldn’t get on flights, perhaps watched lifelong travel dreams go up like the smoke of a protestor’s flare.  And the people in Paris who depend on public transportation to go to work – they are the ones hit – not the “elite” who the protestors say they are attacking.

What these strikers are protesting – the loi travail – a new labor law that was passed by decree (a vestigial power of the French kings held by the President of the Fifth Republic) is, among other things, going to make it easier for employers to hire and fire employees.  It’s nothing so ruthless as the labor laws in America.  Not even close.  So, don’t let the protestors tell you that they are “fighting for their rights.”  They are “bullying for their benefits.”  French workers are absolutely pampered, by any standard, and any who would tell you otherwise has either never worked outside of Europe or is detached from reality.

When I was chatting about this with a friend recently, she said, “Well, there’s no trash strike out in Clichy” (which is a suburb just outside the peripherique that marks the outer boundary of the city proper).  “Of course not,” I replied, “because the trashmen live in Clichy.  They aren’t going to subject their friends and neighbors to such idiocy.”  She gasped, but didn’t disagree.

It doesn’t take a royalist to know that the French love and crave “daddy” presidents.  It’s to be expected of a people that have lived under kings for millennia.  And perhaps that is the next sort of President on the horizon for the Gauls.  But for now what we do have is a Socialist French president trying to force through necessary labor reform in a country naturally suspicious of such things.  And yet do the French really consider Hollande a stooge of the Right or a parrot for unfettered “free market capitalism,” as if such a thing exists (or is desirable) anywhere?  No, they are just out-of-control spoiled children who need what spoiled children always need: a father to discipline them and tell them it’s time to grow up.

But they will probably resist the call to maturity, not just because Hollande is weak and lacking in courage (though, he must be given credit for standing tall so far and not folding to a lot of pressure), but because the French themselves don’t have the courage to reform.  But these inconveniences of strikes and unreformed labor laws will pass as the summer goes on and we head towards the union elections in the autumn.

France will remain the country that is rightly trying to hold on to her identity, like a little comet caught in the gravitational pull of the dueling stars of the EU and the USA, which exert a lot of competitive pressure.  But France should hold on its patrimony and traditions.  It preserves, in a way, hearth and home for everyone who cares for such things.  But they should do so in a thoughtful and mature way that convinces and persuades, not a childish and destructive way that irritates and alienates.  The Euro 2016 tournament, which was a golden opportunity to showcase France for the lovely country that it is, has instead turned the spotlight on a country that is deeply troubled, from top to bottom.

The French can, and should do better than this.  But will they?

The title of the article is French for “now, that’s enough” which is how many of us who live in France feel about the current state of affairs.

Atticus, Scout, and the Gift of Children: On Reading To Kill...