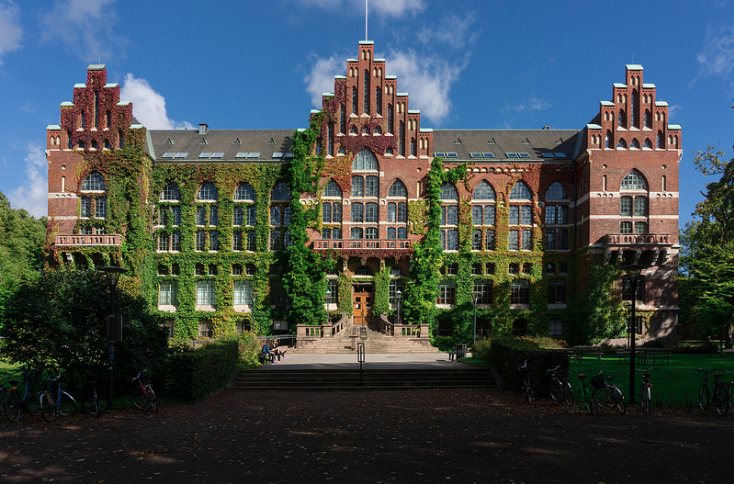 One of the articles which recently crossed my desk was an interactive online presentation from Georgetown University’s Centre on Education and the Workforce, highlighting which college majors are the most (and least) economically-valuable. The list is unsurprising: every last one of the most lucrative college degrees belongs to a scientific, technical, engineering or mathematics (or STEM, as we call it in the ‘ed biz’) field. On the other hand, the least-lucrative fields overall – with the one notable exception of early childhood education – belonged to the arts, the liberal arts and the humanities. This presentation, along with a couple of recent articles I’ve been reading about Mike Rowe of Dirty Jobs fame, the social media-savvy popularizer of technical and skilled-trade education, prompted me to a meditation on the sad fate of the liberal arts.

The popularity of Mike Rowe is not at all difficult for me to understand. Encouraging more and more high-school age youngsters to enter trades and to acquire practical skills is a worthwhile and laudable goal, and I have nothing but the most profound respect for it. I’m speaking here as a former AmeriCorps volunteer who worked with low-income and first-generation students, many of whom wanted to know which degrees would help them get decent-paying jobs as soon as they left. Technical schools and community colleges were very often the (only) reasonably-priced options.

Taking a somewhat broader spiritual view, Rowe is performing a truly valuable service in making the skilled trades again a competency that has social currency – that is, giving the youngsters who don’t get into the liberal arts schools of their choice a decent shot at self-respect and competence in skills, which have become criminally undervalued in a ‘cognitive’ age ruled by the digitally-nomadic ‘symbolic analysts’ (to use the term coined by Robert Reich and borrowed subversively by Christopher Lasch). Rowe, a good populist at heart – and who doesn’t love a good populist? – is doing yeoman’s work and he is doing it well: re-establishing the self-respect and self-awareness of the working classes. He’s trying to spare working-class families money and humiliation by not having them and their children chase degrees they aren’t economically-equipped to use effectively, when their wealthier and better-connected classmates are able to live on their parents’ cash while they pursue career-starting unpaid internships, and so on. He’s trying to help them build respectable conditions for themselves on their own terms. For this he deserves three very hearty cheers.

Well, if I were feeling particularly uncharitable and cantankerous, I might give him two-and-a-half. Because Rowe’s work is propped up, in part, on a devaluation of the four-year liberal arts degree. This is a devaluation for which neither he nor the political tendency he represents – a political tendency I share, by the way – is responsible. All the same, it is there. Our age does not trust the liberal arts degree. It isn’t immediately applicable. It doesn’t come with a guaranteed cash pay-off at the end. Think of the stereotype of the English-major barista saddled with six-figure student loan debt, and also of the derision this tends to draw. Many of us tend to view the liberal arts degree as impractical, an unwise indulgence of the sons and daughters of privilege, which lands them in a penury fully-deserved on account of their naïveté and lack of foresight. Mike Rowe’s success is built, partially, on a very real cultural desire to avoid, not necessarily even the poverty but the social stigma that comes with failure: a social stigma measured in the dollars and cents you could have been earning and saving and accumulating, but are instead using (if you can get them) to pay off the interest in a debt that might hound you to the grave. The sad reality: in America there is no crime more unforgivable than that of being poor.

The blunt truth is that Rowe is reacting to these social and economic realities in a wholly level-headed, understandable and sympathetic way. No, if we are to understand the devaluation of the liberal arts degree, we have to look for the deeper roots, and these roots are many-layered and overlapping.

This is indeed a major theme in the opus of the great social historian Christopher Lasch. In his book The Revolt of the Élites, he turns to the conflicting aims, the built-in contradictions (considered almost in a Marxist fashion), between the myth of meritocracy on the one hand, and the self-perpetuation of a managerial and professional élite on the other whose hallmarks are mobility and managerialism. The academy has come to serve both. It does this firstly by extending the promise of social mobility – if you get a degree here, you will have a limitless future, boundless opportunities! Secondly, by entrenching professional status and expertise as the primary (if not sole) marker of social worth, it ensures that children born into families which already have a professional background have a leg up. Thirdly, the meritocratic norms of the academy effectively shield the perpetuation of professional class privilege from serious scrutiny. Advanced degrees and cushy managerial jobs, so the reasoning goes, go to the people who are smarter, who are more ambitious, who are harder-working, who have earned said positions rather than inherited them.

Lasch makes the point with startling and brutal effectiveness, that ‘social mobility’ is a recent ideal and an ameliorative one, which arose after the Great Depression to replace the older ideal of American producerism which economic disaster had depreciated. In the older tradition of American producerism, the concept of the ‘producing class’ was expansive enough to include (in the words of social reformer and Unitarian minister William Channing) the ‘professional, commercial, manufacturing, mechanical, agricultural orders.’ It was an ideal in which wealth and productive property were not entirely out of the reach of the poorest of the producing class, yet honest work – even manual work – not yet beneath the wealthiest. This producerism was also somewhat anti-capitalist insofar as it had precious little use for usury, speculation and the manipulation of money, and sought to discipline all three through collective action and government regulation. However, as Lasch takes pains to highlight, the ideal also allowed for a broad distribution of intellectual assets. Even poor workers and farmers were not excluded from the realm of the fine arts, of music, of literature, of philosophy. Whether rightly or wrongly, Americans of the nineteenth century prided themselves on the fact that their poor workers and farmers were better-educated – in the classical, liberal-arts sense of the word – than Old Europe’s!

The post-Great Depression doctrine of social mobility undermined this ideal irrevocably. When it became clear that work and productivity alone were no guarantee of the ability to enjoy a sufficient existence, the old ideal that a liberal education was meant to supplement work gave way to the idea that liberal education was meant to supplant it. For the first time, a life of manual labour became something the successful student was expected to escape. Or, as Lasch put it, ‘it was only when the hierarchical structure of American society became unmistakable that opportunity came to be widely associated with the achievement of superior standing in an increasingly stratified, money-mad, and class-conscious society’. And the education system inevitably became the vehicle by which the ordinary worker or farmer could hope to improve his economic lot in life, or – more likely – the lot of his children.

From here, it’s not difficult to piece together the trends which followed. When the purpose of education shifted from the supplementation of labour with learning, to the escape from labour by learning, learning itself increasingly took on an ‘economic’ character. Knowledge itself became something specialized and managerial. This trend Lasch ties, with some rhetorical flair, into other broader social trends: ‘the concentration of corporate power, the decline of small-scale production, the separation of production from consumption, the growth of the welfare state, the professionalization of knowledge, and the erosion of competence, responsibility and citizenship.’ And from the interactive web feature put out by Georgetown, it’s hard to argue with his conclusions. The most-lucrative degrees are all ones which mesh neatly with the specialized demands of large-scale production and entrenched corporate power: petroleum engineering; pharmaceutical sciences and administration; metallurgical engineering; mining engineering; chemical engineering. The least-lucrative ones are those degrees which are meant to facilitate social consciousness and the building of basic spiritual, intellectual and emotional competencies in the young: early childhood education; human services; studio arts; social work; normal education; visual and performing arts; theology and religious vocations.

It’s difficult to look at these results – and there’s no reason to deny their factuality – and not come to the same sobering conclusions Lasch did about the choices we’ve made as a society. We have decided, first-order, that accumulating wealth, in the crassest and most materialist sense, is of overriding concern. On another level, we have decided that any effort spent on cultivating spiritual or æsthetic pursuits is a waste of time and energy, and we compensate those engaged in such cultivation accordingly – both in terms of social respect, and in terms of the wealth we have deemed all-important.

Needless to say, though, this is a worrying prospect. When, as Lasch claims, our élites are indeed in revolt against not only democracy, but the very basis for any kind of high culture, we have run up against a civilizational crisis. No civilization has long survived in any meaningful way, which has so devalued its arts, its literature, its pursuits of the great humanistic questions, or the men and women responsible for inculcating their appreciation in its young. And as much as I endorse the need for low-income students of working-class backgrounds to look to technical training and the skilled trades in the current social and economic climate, I can’t help but worry that this is a greater indication of the unsustainable direction of our culture.