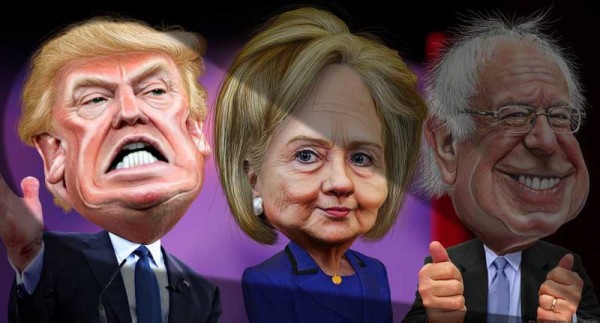 Tomorrow, with the California Democratic primary, the populist developments that so many have observed in this electoral cycle will definitively change. Either Sanders will prevail strongly over Secretary Clinton (unlikely, but not impossible), and Clinton will be forced to directly attack Sanders populist and/or socialist and/or radical democratic claims in order to shore up her legitimacy as mainstream progressive liberal Democratic nominee–and hold onto the delegates who got her there–or, more likely (unfortunately), Sanders will lose, or only barely win, Clinton will capture enough delegates to automatically clinch the nomination as well as securing the media narrative of inevitability, and will thus continue to pivot towards attacking Trump’s particular quasi-populist appeal. Yes, I know, tomorrow there will also be primaries in North Dakota, South Dakota, Montana (all of which Sanders will win), New Jersey, and New Mexico (which Clinton will win), but California will tell. So this is a good moment to sum up some of what all has been going on.

1) Populism, like all ideologies–all “isms”–is a package of ideas, a combination of philosophical presumptions, theoretical claims, and normative or political imperatives. That means the specifics of any iteration of populism will differ, as the package is generated in particular historical and cultural contexts.

2) The one thing any package which can be legitimately called “populist” must include, though, is a focus upon the interests, demands, and identity of a “people”–not people in the aggregate sense, but a defined class or group or type of people who share enough to be able to talk about themselves collectively. So one thing populism can never be is individualistic or libertarian. There are ways in which a concern for the needs of groups can be combined with a prioritization of individual freedom within an ideological construct–libertarian socialism is a real thing, for example–but populism is not one of them.

3) Originally, the people who came together and articulated the sort of group demands which were packaged as “populism” throughout American history have did so along economic lines. Racial and religious and regional lines were often part of the mix as well, for better and/or for worse, but at bottom it was an egalitarian movement: an effort to insist on some economic fairness for that part of the American population being excluded from the sources of wealth. And if the demand for economic fairness and equal access to opportunities for wealth meant restricting or reconceiving the elite generation of it (particularly through financial speculation)…well, it’s a price worth paying. 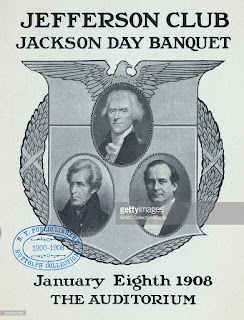 4) For most of the 19th-century history of populism, with the Industrial Revolution transforming and shifting the balance of economic power from landed (often, though obviously not always, yeoman) interests to America’s cities and the factories which industrialists–and their supporting corporations and lending institutions–built there, that economic argument was tied up with a kind of agrarianism, or even elements of rapidly disappearing classical republican ideas. So by the beginning of the 20th-century, Thomas Jefferson’s suspicion of cities, Andrew Jackson’s hatred of banks, and William Jennings Bryan’s defense of farmers all seemed of a piece.

5) For the liberal consensus which emerged through the middle of the 20th-century–of which Richard Hofstadter’s brilliant but basically tendentious Age of Reform served as a kind of ur-text–the ideas which were threaded through this package weren’t nearly as important, though, as the style that was assumed (with admittedly some, but not total, accuracy) to be essential to it. Populism was anti-urban, anti-trade, anti-progress; populists hated intellectuals, hated cosmopolitans, hated foreigners; to be a populist meant to be a redneck, a radical, and a blinkered refusenik.

6) This isn’t entirely false–there was plenty of agrarian dreaming and white Protestant defensiveness in the original People’s Party. But as a description of ideas, it fails. More specifically, it assumes what it seeks to prove: to declare from the outset that some a particular kind of angry, denouncing, lowest-common-denominator-flattering rhetoric is, by definition, “populist,” it to already believe that democratic movements which attempt to connection with a collective popular audience (think Martin Luther King, Jr., and others rousing the African-American population of the South to acts of great sacrifice; think Elizabeth Cady Stanton and others connecting together women’s groups into the first wave of feminism in America) are always going to be, at their heart, ultimately kind of mean-spirited and divisive, because that’s just how the democratic animal works.

7) All this, of course, supposedly leads us to the apotheosis of Trump, the supposed “populist” of the moment. As Damon Linker, working very much in this tradition, put it:

Trump may be the purest populist to receive a major-party presidential nomination in the nation’s history–and certainly since the turn of the 20th century. Populism doesn’t have a fixed agenda or aim toward any particular policy goal, like liberalism, progressivism, conservatism, libertarianism, or socialism. It’s a style–one that favors paranoia and conspiracy-theorizing, exaggeration of problems, demonization of political opponents (politicians but also private citizens), and most of all extravagant flattery of “the people” (which the populist equates with his own supporters, excluding everyone else).


And this, in accordance with Damon’s reading, is the fruit of the Republican party turning to a kind of cheap populism during the Reagan years: “From Newt Gingrich and the Contract with America through the spread of talk radio and Fox News to the rise of Sarah Palin, the Tea Party, and Donald Trump, the story of the Republican Party since the early 1990s is an abject lesson in the dangers of stoking populist anger and resentment–and the difficulty in controlling it once it is unleashed.”

8) Terms evolve, just as intellectual packages do. So maybe it’s too much to hope, in an era where democratic discourse has become debased for a dozen different reasons (the proliferation and privatization of communication technology, the relentless attack on campaign finance laws, the dismantling of the traditional role of political parties as gatekeepers, the unforeseen consequences of over-democratizing mass public education, the abandonment of mediating civic groups and organizations, and more have all played a role), for an articulation of egalitarianism in explicitly populist terms, as was once the case. Maybe populism now, unfortunately, can’t be rescued from assumptions about a bottom-dwelling faux-democratic  (but actually authoritarian) style. Senator Bernie Sanders, the strongest voice for economic egalitarian in the 2016, has never particularly identified himself as a “populist,” preferring to stick with democratic socialism or radicalism as a way to express what he was all about.

9) And we should not forget–though, perhaps unsurprisingly, we often do–also those terms have their own history, and their history was not untouched by the egalitarianism and communitarianism of the original populists. Hofstadter was, ultimately, quite wrong in his assessment of those early egalitarians: while it is true that some curdled into an angry defense of white male privilege and stoked a bitter nostalgia about how turning back the clock would “make American great again” (sound familiar?), most didn’t. Most of those late 19th-century and early 20th-century went on join Progressive movements in the Republican party, lent their support to labor unions within the Democratic party coalition, founded Christian socialist interest groups and denominations, and more. Speaking collectively for a people, for their ability to practice real economic democracy, for their right to claim ownership of their local communities and take it away from the abstract forces of distant capital, can result in divisiveness, jealously, and paranoia. But in needn’t. The (perhaps unaware) children and grandchildren of populism are proof of that.

10) Populism–or whatever one wants to label whatever articulation of economic justice, community protection, and local democracy one comes up with–remains discomforting. It is, remember, not essentially about individuals, but rather about people, about groups, which means that there are ways in which those who share its influence (as Sanders does) will be fundamentally at odds with the liberal capitalist mainstream, whether liberal or conservative. It is, in my view, a discomfort we need. But if Trump really has ridden away with the populist label, then I want no part of it, even if the man–perhaps because the rhetoric he has chosen makes it impossible to avoid–sometimes apes some of its community-defending attitudes. Populism, at it’s best, gave us an intellectual package which respected both locality and equality; even if, as seems likely, the best populist voice in the 2016 cycle begins his slow eclipse tomorrow (though I’m still hoping for a convention fight in Philadelphia!), let’s not, whatever happens, give any intellectual credence or political support to someone whose bombasity may imitate a worthy style, but whose arguments and background provides respect for neither. Even with all the good arguments against it, we can at least still respect the aspirations of democratic government more than that.