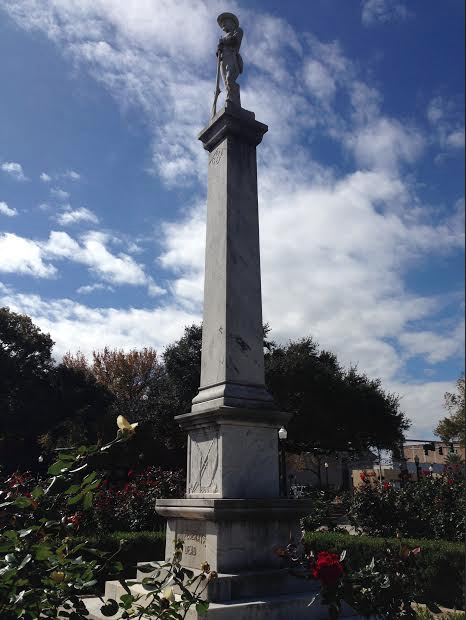 History is a lie. Or, rather, a complex galaxy of truths, half-truths, exaggerations, and downplayings that together form a narrative. We don’t write histories because we want to record what really happened; we write them in order to provide ourselves with a meaningful story. We write history because we, as humans, have a fundamental need for meaning in life. We yearn to make order out of chaos, we feel we have to derive positive significance from the hardship and the trials of the everyday. In this sense, history, far from being an accurate record of reality, is an escape from reality. We write our stories so that we can be better people.

The acceptance of these stories, however factually flawed, forms a sort of social contract. We tell ourselves and each other that perhaps our motivations were more noble than they really were at the time. We tell ourselves that what we did, we did because a greater good necessitated it. We tell each other that it’ll all be okay in the end because we lived in pursuit of a noble cause. What action arises from these untruths is, we trust, better than what could have been were we to view ourselves with the coldly rational light of pure record.

In this sense, history is aspirational. As peoples, we want to be more than our ancestors were. We want to imagine that our motivations are superior to theirs, that our dreams and desires make for a better world than theirs did. In the end, we want to be able to say that we’re better people. And it’s for this reason that we play up perceived goods and disregard or explain away the wrongs. It’s not because we don’t know the truth; it’s because locking our eyes on the truth is too painful an experience to bear without going mad. History-writing is a means to cope with the trauma of life without slipping into depression, without collapsing under the weight of the way we really are as human beings- selfish, greedy, self- and other-harming.

History, then, is not a science, but an art. And it is an art that can heal. One might say that history is the ultimate form of therapy because not only does it place a bandage over the wounds of the past, but it positively directs new growth. To say against all plain fact that we are superior to our forebears creates the possibility to truly surpassing them. In striving for nobility, we create the possibility of true nobility.

In saying that these monuments should be altered or removed, what is really being said is that confidence has been lost in the collective narrative of a people. No one would suggest that those who originally erected these monuments really believed that the cause of the South in the Civil War was wholly just, at least not for the reasons given in many an inscription. What those who built them were doing was writing a therapeutic history. They were dealing with the grief of loss, both personal and social. They were seeking to redeem the past, to place a bandage over the gaping wound of war and hundreds of thousands of sons lying dead on battlefields across the country. They were hoping for a better world in the full knowledge that it was selfishness and denial of the humanity of others that had led to such pointless slaughter.

It could be said that to preserve at public expense a narrative that is untrue is harmful. But is it harmful to preserve symbols of aspiration to a better world? Is there not something still to be learned from the way in which our fathers and mothers dealt with their grief, their anger, their confusion? When we walk past that soldier standing stalwart on a pillar, may we not see their hope?

Every day we tell each other lies. “How are you?” “I’m fine, thanks.” This is a form of social contract, a narrative that says we care about our collective wellbeing. If one were to pry, one might find a great deal of pain, loss, excitement, joy, anger. But we know that to do so, to seek the bare fact at all cost, would to be to cause harm, to offend, to damage the complex fabric that is our everyday life. History is simply this same impulse writ large. Our memorials are one way in which we say to each other, “I’m fine, thanks.” To insist on the cold, hard fact of the matter is to take away the only defense we have as human beings, the ability to tell a story about ourselves, a story that may be riddled with exaggerations and falsehoods, but a story that, hopefully, helps us to be better people.