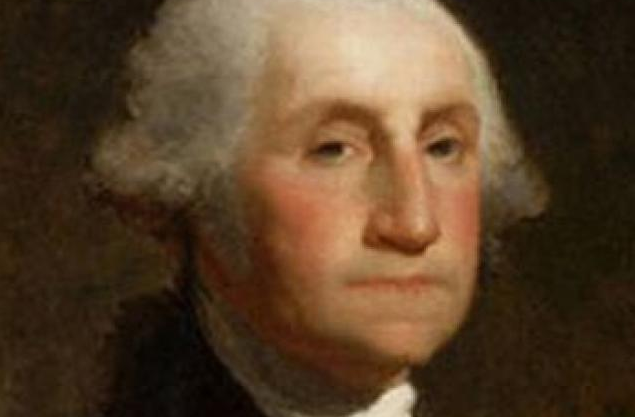 Now that the conventions are over and we’ve all been reminded of what a dangerous thing a mob is, it’s time to revisit Bill Kauffman’s excellent piece from The American Conservative (2012), “Who Needs A President?”

This is collected in Bill’s most recent book, Poetry Night at the Ballpark and Other Scenes From an Alternative America, an FPR title no personal or public library should be without. (Own it today!)

And now, without further adieu …

Who Needs a President?

No matter which hollow man occupies the bunker at 1600 Pennsylvania Avenue, the evidence from 225 years points to an inescapable conclusion: the Founders erred horribly in creating the presidency. To invest in one man quasi-kingly powers over the 13 states then, 300 million people and half a continent today, is madness. And it didn’t have to be this way.

Many Anti-Federalists proposed, as an alternative to what they called the “president-general,” either a plural executive—two or more men sharing the office, a recipe for what a sage once called a wise and masterly inactivity—or they wanted no executive at all. Federal affairs would be so limited in scope that they could be performed competently and without aggrandizement by a unicameral legislature—that is, one house of Congress—as well as various administrative departments and perhaps a federal judiciary.

The New Jersey Plan, fathered by William Paterson of the Springsteen State, was the small-f federal option at the Constitutional Convention. It is the great decentralist what-might-have-been. The New Jersey Plan provided for a unicameral Congress with an equal vote for each state, and copresidents chosen by Congress for a single fixed term and removable by Congress if so directed by a majority of state governors.

One reason for the disastrous engorgement of presidential powers was that all parties at the Convention tacitly agreed that the first president would be George Washington, whom even the most suspicious Anti-Federalists admired. How much more protective of our liberties would the Framers have been, one wonders, if the putative first president was a man less universally respected than Washington: say, John Hancock?

Consider South Carolina delegate Pierce Butler’s admission in a letter of May 1788 that the president’s “Powers are full great, and greater than I was disposed to make them. Nor … do I believe they would have been so great had not many of the members cast their eyes towards General Washington as President; and shaped their Ideas of the Powers to be given to a President, by their opinions of his Virtue. So that the Man, who by his Patriotism and Virtue, Contributed largely to the Emancipation of his Country, may be the Innocent means of its being, when He is lay’d low, oppress’d.”

The Framers, so often credited with farsightedness, saw no farther than the noble Washington. Only the Anti-Federalists, it seems, could envision Lyndon B. Johnson or George W. Bush. Well, I hate to break it to the demigods of the Philadelphia Convention, but George Washington had not discovered the elixir of eternal life. He was not going to live forever, let alone serve as president for the life of the republic. Lesser men would come along, and be granted those same powers, and the powers would expand, as the executive branch expanded, until you have men I’d not trust to serve as Exalted Rulers of the Batavia Elks Club being serenaded by “Hail to the Chief” and sending hundreds of thousands of American boys to the other side of the world to kill and die for… whatever it was and is that men killed and died for in Vietnam and Iraq.

The key vote of the Convention was not the famous Connecticut Compromise, approved on July 16, 1787, which provided for equality of representation in the Senate, but rather the vote of June 19 on Rufus King’s motion that William Paterson’s New Jersey Plan was “not admissible.” By a vote of seven states to three, with Maryland divided, the Convention approved King’s motion. James Madison’s nationalizing Virginia Plan was to be the markup document.

A poet who wrote and lived just north of Boston, an Anti-Federalist of sorts, wrote about roads not taken.

What if delegates from the Anti-Federalist states of New Hampshire and Rhode Island had been present on June 19? What if the Anti-Federalist Mercer had been there to tip Maryland’s vote? What if Connecticut had flipped? With a tweak here and epiphany there, and maybe a timely attack of gout thrown in for good measure, what if enough votes had shifted so that the New Jersey Plan had been the template of the new Constitution?

Would a monument (modest, naturally) to William Paterson greet the occasional visitor to the sleepy Federal City of … wait, there would be no Federal City. No Washington, D.C. Congress probably would meet in Philadelphia, where the presidents of the United States, whose names the citizens never can quite recall, also keep their spartan offices.

Maybe we shoulda taken that road…