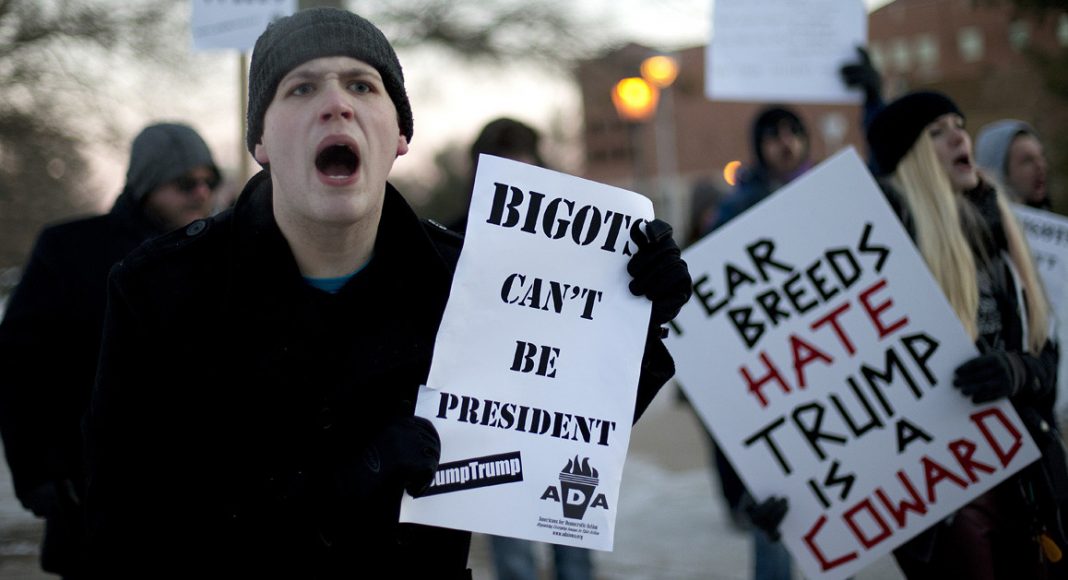 I woke up on Wednesday morning with an Election Day hangover: groggy, head pounding, despondent, a little nauseous. I stumbled out of bed and refreshed the news app on my phone, a hard-to-ignore headline loudly proclaiming “PRESIDENT TRUMP.” I shut my eyes, and as with any other hangover, I popped a couple of ibuprofen, drank a glass of water, and headed to work. My daily responsibilities (hear me: privileges), I knew, would not drift away even in the wake of national shock. At this, I rejoiced.

You see, my generation—the Millennials, Generation Y—has caught a bad rap in recent years. Otherwise known as Generation Me, we are known for being extra-sensitive, overzealous, and self-absorbed. We share our most intimate thoughts and moments with strangers via public media and shout injustice when this information is compromised. We skate through grade-inflated universities, and after a lifetime of being told we are super-special, shout injustice when we struggle to find a job. When we do find a job, we shout injustice that we cannot afford at 25 what Mom and Dad acquired at 50. We pride ourselves on our participation in democracy but shout injustice when, through that process, we do not get what we want. Then, instead of constructing a long-term action plan to effect change, we shout and shout and shout—on Twitter, on Instagram, on Snapchat, on Facebook, and on the street. After all, we just want to be heard.

Dear Millennials: We hear you. But can we see you?

I am not an active user of social media. In fact, the only platform I use is Instagram, its aesthetic feature more enjoyable to me than the rantings I’d find on various others. On Wednesday, though, the visual darkened: posts in grayscale, captions including buzzwords like “weeping” and “brokenness” and “#notmypresident.” Users vowed to fight. Some claimed depression. Other posts included a popular—and baseless—SurveyMonkey electoral map, asserting that the millennial vote for Secretary Clinton stretched across the country in all but five states. And while I do not oppose taking to social media with political concerns, I do take issue when it is the primary mode of action—because it is not action at all.

I can no longer choose to sit idly by in a generation who grossly misunderstands freedom and our place within it. For this very reason, we found ourselves voting for the candidates we saw in this election — a prejudiced, discriminatory, misogynistic businessman who incites hate and values greed, and a politically-experienced criminal whose primary talent is subtle deception. These candidates were not chosen for us, Millennials. These candidates did not bribe their way to the final ballot. And no, the outcome of this election was not your parents’ fault. We chose theses candidates — by choosing media convenience over thoughtful research, by choosing blind tolerance over courageous dialogue, by choosing popularity and likability over critical thinking, and by choosing the rigid boundaries of a political party over morality and ethics and character. It is not by chance that these two candidates are representing the best our country has to offer in leadership. No sane, self-respecting person would any longer subject themselves to the toxic social and political culture we have cultivated for ourselves, our primary concerns in 2016 being retweets and Wikileaks. And by continuing to vote for one of two, for either-or, for the “lesser of two evils,” we communicate to our leaders that we narrow-mindedly believe that freedom is a checkmark and a round sticker on our shirt. These are not actions. This is apathy.

Today, you posted that President-Elect Trump is #notyourpresident. The truth hurts, my friends. He is your president. So tomorrow, choose action. Volunteer in your local community schools. Don’t shut them down with protests. Take a policy class so that you can better understand our world’s most complex issues. Don’t just read the headlines about them on Twitter. Forge a path into places where respectful dialogue is uncommon. Don’t run to your “safe space,” creating further divide. Choose prudence. Choose courage. Values are lasting; political leaders, thankfully, are not.

Hannah Mielke is a graduate student at Ohio State University.