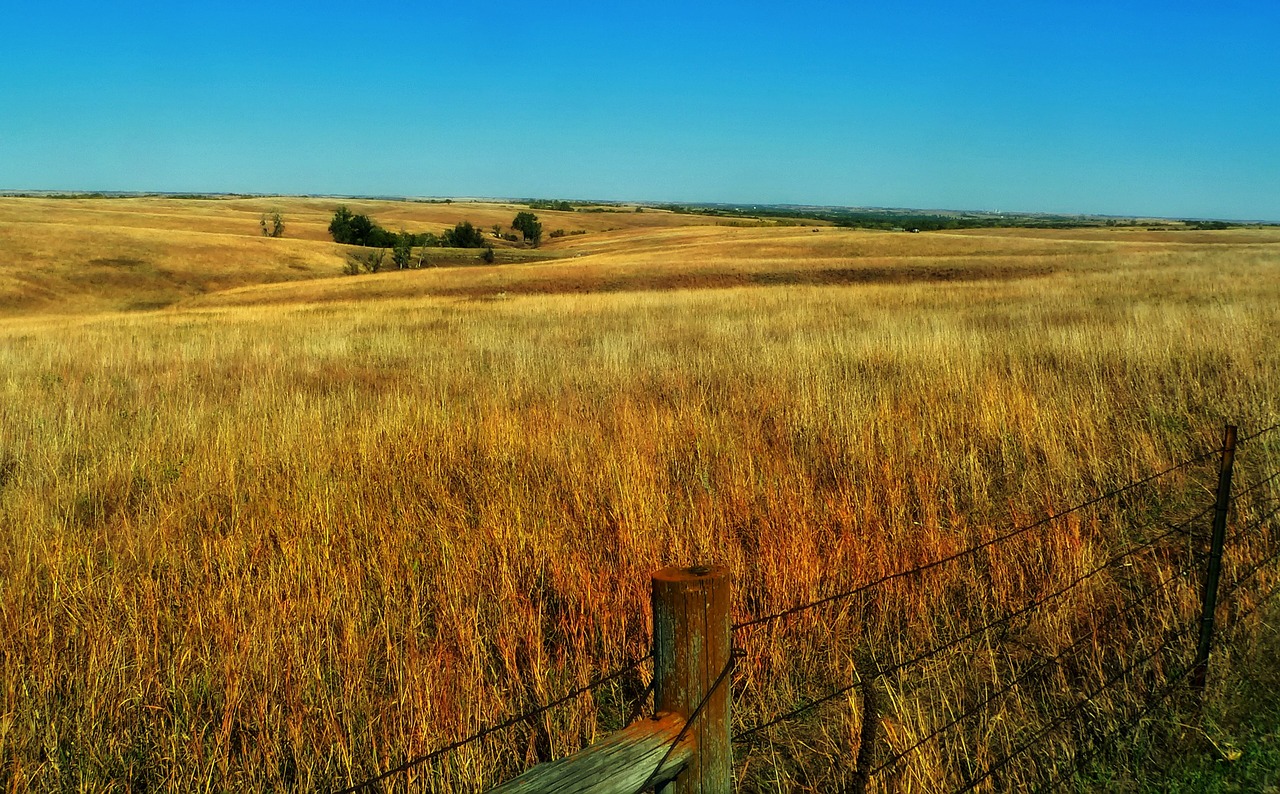 I wasn’t there. In fact, I’m not sure who all was. And as I write this sitting in Michigan, I’m far from those who might know.

My Grandma was alive then, of course, but she hadn’t yet met Grandpa, so she wouldn’t have been there in Ewing. Although I suppose the story is in her bones, so to speak, after living with him for forty-seven years. Perhaps it led to them buying dachshunds later. And though none of them were named Dash, I wonder if these dogs were in some way a compensation for him.

Farming had been difficult for Grandpa. His father died when he was twelve, leaving him and his brothers to support the family. And since Harold, the oldest, had already bought his own place and started a family, and his other older brother, Harvey, was fighting in the war, that left Bud more or less in charge of the place before he was even a teenager. Then the vicissitudes of weather had taken their toll. He always prefaced the story of Dash by telling of the flood that trapped a whole herd of pigs in the barn and killed most of them. Not long after, his older brothers told him the family would have to sell the farm.

In my memory, all these details were just the background to the story about Dash, the three-legged farm dog. With only three legs, Dash wasn’t of much practical use, but Grandpa kept feeding and caring for him anyway, and he was a faithful companion to Grandpa as he went about his work. Once they had decided to sell the farm, though, Grandpa had to do something with Dash. He couldn’t take the dog with him, and besides, Dash belonged to the farm. None of the neighboring farmers wanted to bother with a three-legged dog. And of course there weren’t any animal shelters back then, not that Dash would have been happy in one. So Grandpa knew what he had to do. One morning he loaded both barrels of his 12-gauge shotgun, picked up a shovel, and called to Dash. They walked for awhile together until they came to the top of a rise. Then Grandpa dug a hole while Dash waited patiently for him. Grandpa would be crying by this point in the story; he thought Dash understood what he was doing, but that he understood also it had to be done. When the hole was deep enough, Grandpa called for Dash to sit on the mound of fresh dirt. Then he walked around so that Dash was between Grandpa and the hole, put the barrel of the gun to Dash’s head, and pulled both triggers. Without looking, he pushed the dirt back into the hole and then walked slowly down to the farmhouse.

In many ways, Grandpa was always a farm boy: he loved hard work, his eyes would light up when he saw old farm equipment, he took pleasure in the lines of a good horse. But he also seemed content with the life he and Grandma had led. He was determined to get a college education; he put himself through seminary by working nights at a bakery and then fought to stay awake while driving home in the early dawn to his wife and daughter. When he enlisted in the army as a chaplain, he and Grandma became nomads. Their four children were each born in different cities, so when my grandmother or mother tell a story about those days, they often correct each other about which house that story took place in. This migratory life might seem hard for a boy that spent his first 18 years in the same place, but when Grandpa turned his back on the literal plough, he put his hands eagerly on the metaphorical one and didn’t turn back from it. It seems he understood there was no point in being overly nostalgic, so he buried his dreams of farm life as he buried his three-legged dog—without looking down.

But while he turned his back on farming and embraced a new way of life, he never embraced an economy that said three-legged dogs were worthless. Maybe that was why later in life he was a prison chaplain, loving and serving those whom society thought had failed one too many times. My mom always says that Grandpa never knew a stranger, and I often experienced a quick trip to the hardware store lengthen as Grandpa struck up a conversation with the person at the check-out line or stopped for a cup of coffee. He worked hard—I can still see him at work on the drain we dug in our backyard, his shirt drenched with sweat—but not always efficiently; he valued the people he worked with more than the completed job.

Uncle Ralph is maybe the only person still alive who was nearby when Dash died. He idolized his Uncle Bud, who was only ten years older than him and yet was strong and handsome and ran the family farm. Ralph remembers the day his father, Harold, along with his older uncle Harvey, told Uncle Bud that they’d have to sell the farm. The family didn’t have the capital to buy more land, and they could see already, in 1949, that the future of farming was going to be big farms, big equipment, and big money. The afternoon they told him, Uncle Bud went out into Ralph’s backyard in Omaha, lay down on the ground under a tree, laced his fingers behind his head, and stared at the sky.

Ralph remembers wanting to go to him, but his mother kept him inside, telling him Uncle Bud needed to be alone. When Ralph tells me this, a detail Grandpa never included in his story, he goes inexorably on to what followed. How one morning at the farm Grandpa took the shotgun and the dog and disappeared. When Ralph heard the loud crash of both barrels going off together, he couldn’t understand what Uncle Bud was doing. Was he pheasant-hunting? But this wasn’t the right time of year. It was only later when he asked where Dash was that he heard, probably in a sanitized way, that Uncle Bud had had to shoot the old three-legged dog. I’m sure it wasn’t until he was older that his uncle told him the fuller version, how he dug the hole with Dash waiting patiently next to him, how he told Dash to sit on the pile of loosened dirt, how he pulled both triggers to not only kill the dog instantly, but also to knock him into the hole, and how he pushed the dirt on top of Dash without looking.

I wonder if this story somehow helped guide Ralph home, from a rebellious youth and a stint in Vietnam. Maybe it reminded him of a God who values each life, no matter how washed-up or apparently useless.

Mom certainly wasn’t there when Grandpa had to bury Dash and leave the farm. But she surely heard her dad reminisce about the farm. And later, when they bought Buffy, maybe he told them stories about his three-legged farm dog. But Grandpa’s dogs seemed doomed to sad ends. Buffy was lost while they served in Iran. Apparently they weren’t supposed to have a dog with them in their hotel, but Grandpa couldn’t bear to part with her. However it was, Buffy ran off, and all their searching for her was futile. The next year, when they returned to the States, they got Mandie. When, several years later, they were assigned to a base in Hawaii, they chose to give her to a friend rather than subject her to the rigors of travel and quarantine. Grandpa never saw any of his dogs die in peace. His work forced him to move too often and travel too far to make this possible. And yet I wonder if my mother’s nomadic childhood gave her a deeper appreciation for home. I don’t know. But when my dad finished graduate school in Connecticut, he and Mom, with no job and a little girl, moved back to the Northwest to be near family.

Twenty years later, when I, her oldest son, left for college, she finally broke down and bought Rosie. Even though Rosie is supposedly my youngest brother’s dog, to be a companion to him as his older siblings moved away, Rosie knows which family member has the biggest soft spot for her. When Mom sits on the hearth in front of the wood stove, she’ll often call Rosie to her—even though Rosie isn’t supposed to go past her bed in the hallway—and Mom will stroke Rosie’s head while Rosie snuggles close, slowly moving her tail back and forth.

I don’t think my parents will be moving anytime soon. Their five grandchildren five minutes away anchor them pretty firmly. So the chances are good that Mom will be with Rosie when she dies some day. I don’t plan on ever owning a dog—even one with four sound legs seems like too much bother. But if I didn’t inherit his affection for canines, I do seem to have inherited my grandpa’s affection for home, along with his entanglement in an economy and a vocation that necessitates moving to where a job can be found. That afternoon, as he lay under the tree with his fingers laced behind his head in Uncle Ralph’s backyard, Grandpa must have gone through every possible alternative to leaving the farm. Yet he finally concluded he had no other choice than to bury Dash and look for opportunities elsewhere. So even if I seem to have no other choice right now than to live in Michigan far from where I grew up, I hope I can follow the rest of his example also: to value the people around me, to love three-legged dogs.