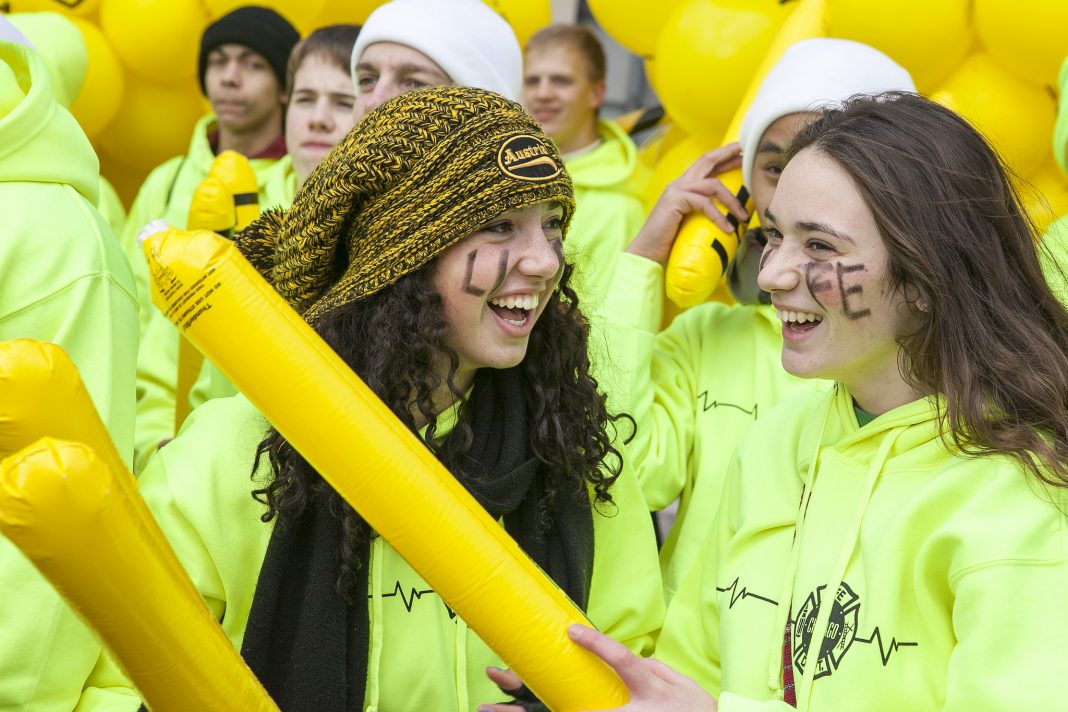 A few years ago I wrote something of an irenic essay on the annual, January, March for Life in Washington DC.  I was in the mood, then, for focusing on what I saw as the poetic part of that event more than the overtly political.  I still believe that the combination of cold weather, media blackout and a wonderful confusion that pervades that event are mightily conducive to prayer, hope and community formation, (the most powerful forces for change).  But the election, inauguration and the recent, ensuing Women’s March, along with the attendant dispute about the failure of strange bedfellows to actually get into bed got me to thinking about the political again.

If you’re experience is like mine, you often find that many of your friends who say they are “Pro-Life”, (often saying it in a whisper, or just offering an evasive-affirming, dissembling nod as if to imply, “Yeah, I reckon I’m personally not going to avail myself of one…”), really mean that they yearn for a day when things like addiction, fatherlessness, and poverty, (which we will, apparently not, as Jesus said,  “always have with us”), are eradicated and (Voila!) abortion will be no more.

Yeah. I get that, and don’t get me wrong; there is a necessary truth in that part of the equation.  But what the people who stand so smugly and firmly on that insight alone fail to perceive is the oft-repeated phenomenon whereby the commitment of a mother (and father) to their unborn baby may very well be the catalyst for the maturation, humility, discipline and community formation necessary to lift the persons (and those around them) out of addiction or poverty.  When you’re happy you smile; When you smile it makes you feel happier.  It’s a both/and.  Simone Weil made it clear that human rights cannot exist in the absence of human obligations; in fact, that they only exist in the space created by human obligations and we need to be aware of that dynamic when we think and discuss pro-life politics.

And I’ll say it clearly:  Yes, there are some people who identify as Pro-Life who are ideologues and who, like all ideologues, don’t seem and aren’t interested in seeing, how their issue is embedded in a larger social matrix. But the common trope that this constitutes the majority of people who identify as Pro-Life is simply a silly, media canard. It’s especially lacking in truth as it applies to the growing, younger generation of the Pro-Life movement.  What that generation knows is that we need to pay less attention to baby boomers and more attention to babies!

I will end with one plain parable, which is none the worse for being also a fact and which is (already, in this very sentence) a blatant plagiarism and very truncated and loose paraphrase of the end of G. K. Chesterton’s book, What’s Wrong With the World.   In that book he uses a different subject, (the prevalence of lice among the poor, and the response to it by people in power), to outline a revolution we still need today.

A little while ago —44 years to be exact—certain judges, doctors*, politicians and other persons permitted by modern law to dictate to their shabbier fellow-citizens, sent out an order that, because of newly discovered right to privacy, including extenuating ‘penumbras and emanations’, women now have a right to abort their babies. I mean mainly, of course, (to best serve the interests of the rulers of the Hive), babies whose parents are poor but also, when convenient, any unborn baby at all.

Unexpected babies are a burden to many, no doubt, especially those who are alone or, for financial reasons (or the desire to get ahead), must serve outside the home as part of the Hive. But instead of exterminating the Hive, the doctors, educator, social scientists and politicians proposed to terminate the babies. It never seems to have occurred to them to make the mother-child relationship the pivot-point of social policy.  Yet it could be done. As is common in most modern discussions, the unmentionable thing is the pivot of the whole discussion   Their argument would be that sex without issue is, after all, the raison d’être of the whole of modern culture–what without God and all–and so, therefore, substitutes like “pot and the pill” (to quote Malcom Muggeridge), reflect and maximize autonomous choice making, and that alone must constitute human flourishing in the Hive as well as dictate its policy.

Because pregnant mothers, in this often truly desperate situation, cannot easily serve as consumers of commodities or workers in the the Hive, the babies, (against all the instincts of the highly domestic working classes), are turned by our schools and the media into commodities themselves, to be disposed of at will.  Because the expecting mother is so often ground down by the great rents of the landlords she, alone or in addition to the father, often has to work. Therefore she has no time or money to carry the baby to term or to look after the baby once it is born. Because the mother has these two persons on top of her, the landlord sitting (literally) on her stomach, and the media/educational establishment sitting (literally) on her head, the mother, often poisoned by a culture of promiscuity, must first allow the growing baby into the womb to be turned into a commodity and, second, accept that abortion is a ‘right’ over her body and, finally, realize that the life of the baby must often be summarily and hygienically terminated at dawn for the good of herself and the Hive.

Upon this simple principle (or rather precedent) the sociological doctor drives gayly ahead. When a crapulous tyranny crushes men and women down into the dirt so that the most natural things in the the world, pregnancy and childbirth, becomes difficult or inconvenient, the scientific course is clear: It would be long and laborious to end the reign the tyrants; it is easier to “end the pregnancy”. It seldom seems to strike these people that the lesson of problem pregnancies is the wrongness our culture and economy, not the wrongness of babies. Pregnancy, including unplanned pregnancy, is something of a timeless thing.  The attempted normalization of abortion is, however, more of a recurring holocaust; an efficient creation of late-stage empire and decadence.  In truth, it is only by eternal institutions like pregnancy that we can test passing institutions like empires. If a house is so built as to knock a man’s head off when he enters it, it is built wrong.  If a society’s structure demands the sacrifice of innocents, the society’s structure should be sacrificed.

Contrary to modern progressive assumptions, we have to realize that the mob can never rebel unless it is conservative, at least enough to have conserved some reasons for rebelling. It is the most awful thought in all our current craziness, that most of the famous blows struck for freedom would not be struck at all today in the decadent West, because of the obscuration of the clean, popular customs from which these rebellions came. The 1767 Townshend tax on tea in the American colonies would now be called a “sin tax, for our own good”. The incident that lead to William Wallace’s uprising in Braveheart might now be observed as one of the “50 Shades of Grey”. The cruel taunt of Foulon, “Let them eat grass,” could now be represented as the dying cry of an idealistic vegetarian.** And the significance of the suicide of Tunisian, Mohamed Bouazizi, the poor municipally-harassed man who tended the vegetable cart to support his indigent mother and siblings–the suicide that began the Arab Spring– could similarly be missed by seeing it as him exercising his “right to die”.

Those great scissors of science that effect the death of the baby in the womb are ceaselessly snapping closer and closer to cut off all the corners and fringes of the arts and honors of the truly free. Soon they will be twisting necks to suit the angle the head should scientifically hang in order to stare at a computer screen all day, as well as hacking hair and private parts to go along with the great unsexing of our race, the better to fit into the needs of the Hive. It never seems to strike them that the body is more than raiment; that the Sabbath was made for man; that all institutions shall be judged and damned by whether they have fitted the normal flesh and spirit. It is the test of political sanity to keep your head. It is the test of artistic and moral sanity to keep your hair, baby and wang.

Now the whole purpose is this: to assert that we must instantly begin all over again, and begin at the other end. I begin with the pregnant mother. That I know is a good thing at any rate. Whatever else is evil, the pride, beauty and hope of the expectant mother is good.  Her solicitous care for the unborn child in her womb is one of those adamantine tendernesses which are the touchstones of every age and race. If other things are against it, other things must go down. If landlords, banks, corporations, laws and sciences are against it, landlords, banks, corporations, laws and sciences must go down. With the halo of God’s fire-light that surrounds the pregnant mother and child, I will set fire to all modern civilization.

That little baby in the womb who, along with the mother, is the very image of Eden restored, shall not be lopped or terminated or disposed. That child shall not be dehumanized or commodified like civilizations have done to her before; no, all the kingdoms of the earth shall, instead, be hacked about and mutilated to suit her . She and her mother constitute the human and sacred image; all around them the social fabric shall sway and split and fall; the pillars of society shall be shaken, and the roofs of ages come rushing down, and not one hair on their shall be harmed.

*Over-civilization and barbarism are within an inch of each other. And a mark of both is the power of medicine-men.”  Short History of England

**There is a healthy and an unhealthy love of animals: and the nearest definition of the difference is that the unhealthy love of animals is serious. I am quite prepared to love a rhinoceros, with reasonable precautions: he is, doubtless, a delightful father to the young rhinoceroses. But I will not promise not to laugh at a rhinoceros….I will not worship an animal. That is, I will not take an animal quite seriously: and I know why. Wherever there is Animal Worship there is Human Sacrifice. That is, both symbolically and literally, a real truth of historical experience.